Superstore fans can rest easy: NBC has announced that America Ferrera will reprise her role as Amy Sosa in the workplace comedy’s one-hour series finale.

The network released the following first look on Wednesday, which seems to confirm that Cloud 9’s former manager will appear in person, and not over Zoom.

“Surprise! 🤗 Amy’s back!” Ferrera wrote on Instagram. “So glad I got to play with my @NBCSuperstore family for the big series finale. It was a joyful and bittersweet goodbye that we can’t wait to share with our amazing fans.”

Superstore‘s 100th episode, which aired in November, doubled as Ferrera’s swan song. The installment also marked the conscious uncoupling of Amy and Jonah, who realized they wanted different things: Jonah was ready to get married (and had secretly taken one of Amy’s rings to determine the right size for an engagement band), while Amy wasn’t ready to fully commit, still haunted by what she gave up when she agreed to marry Adam all those years ago. Alas, Amy moved to California without Jonah.

Just four days after Ferrera’s final episode aired, NBC released footage of her series wrap. In the video, the actress hinted at her potential return somewhere down the line, presumably in the series finale. (At the time, NBC had not yet announced that Superstore would end with Season 6.)

“The last five-plus years with this cast and crew have truly been so amazing,” she said. “It’s been such an anchor in my life — a place that I felt so supported and so loved by all of you. I feel like I have grown so much as a person, as a producer, as a director, as an actor… and coming here every single day has just been a gift, and I haven’t taken a moment of it for granted… I hope to be back, and to get to see you, before it’s all done.”

As for what any hypothetical return might mean for the series’ central couple, co-showrunner Gabe Miller told TVLine that Amy and Jonah’s breakup didn’t necessarily mean it’s over between them. “We feel like the door is still open the way that we left things,” he said in November. “By the end [of “California Part 2″], what [Amy and Jonah] realize is that they are making an adult decision. They’re not on the same page about their future right now, but who knows? They still could find their way back to each other.”

Superstore‘s one-hour finale airs Thursday, March 25 (at 8/7c). In the meantime, hit the comments with your hopes for Ferrera’s return. 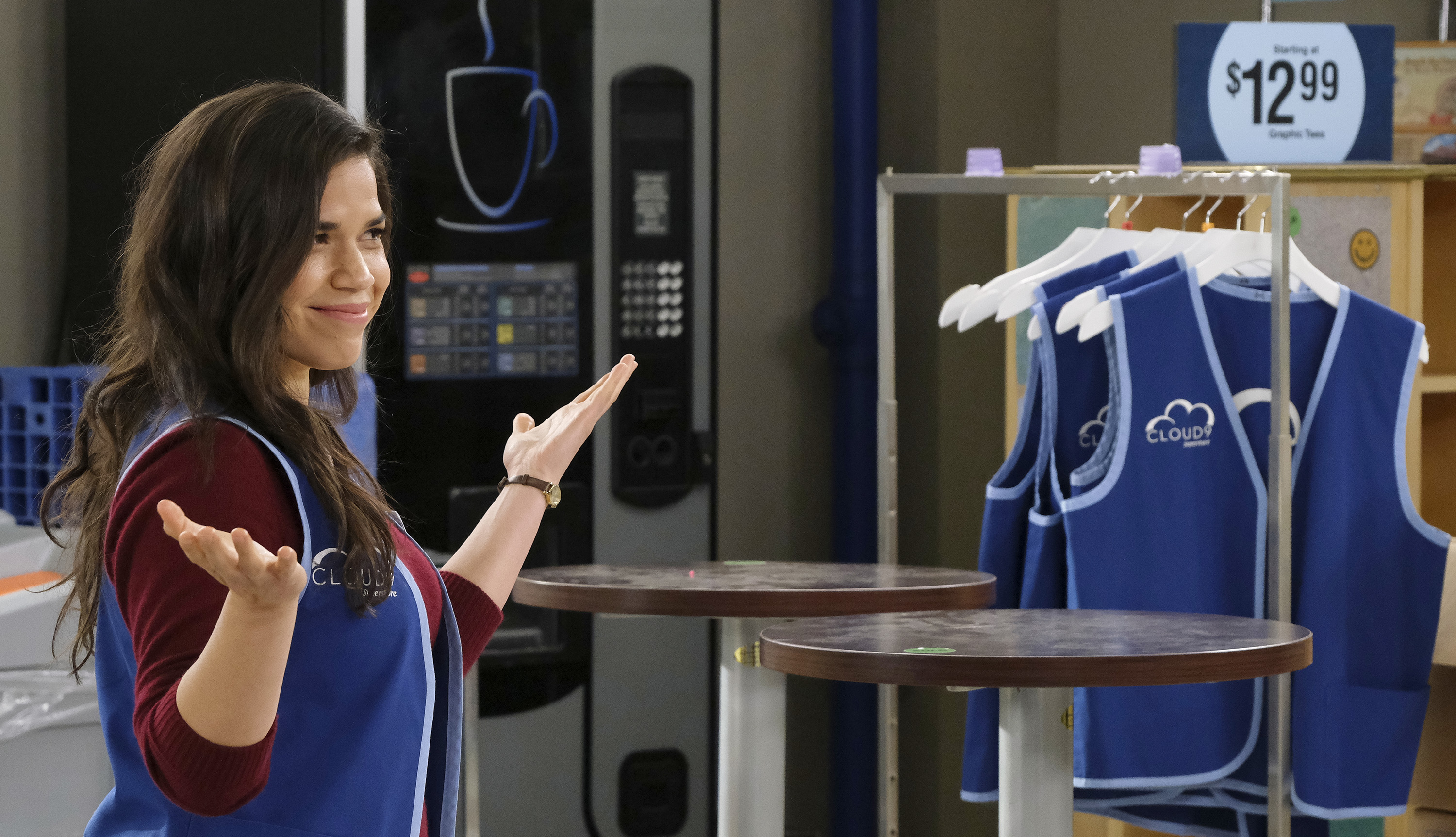