There’s a new surgeon scrubbing in at Chicago Med, and he’ll look familiar to you if you’ve watched any amount of TV over the past four decades. This Wednesday’s episode (NBC, 8/7c) marks the debut of the ubiquitous Steven Weber as Ethan’s Navy supervisor, Dr. Dean Archer.

The newest member of the hospital staff “is grateful for the opportunity to be in this environment again, because he had a practice before which didn’t survive the economy,” Weber tells TVLine.

But seeing as how Dr. Archer is brought in by Dr. Ethan Choi and now has to answer to his former charge, the reunion of mentor and mentee won’t be all smooth sailing. “That’s an issue for him,” Weber says. “He has a degree of pride and probably some ego that is justifiably earned. He’s very good at what he does. He’s an intuitive surgeon. He can take chances, which pay off quite often.”

Despite being extremely skilled, Dr. Archer still has some things to learn, like that “he’s not number one anymore,” Weber continues. “There are a few instances where he oversteps, and this is noticeable and eventually has to be dealt with.”

Below, Weber fills us in on Dr. Archer and Ethan’s history, and previews the tensions to come between the docs. The actor also reminisces about a few of his many past roles, including the character he loved most, and ponders the possibility of a Wings revival.

TVLINE | How did the Chicago Med gig come about? I was scouring your very lengthy IMDb page to see if you had a previous connection to the Dick Wolf universe.
Well, I do have a connection with the universe. I was on two or three Law & Order episodes back in the early 2000s, I think. But how did this job come about? It came my way as jobs often do, and it was offered to me, which I’m still shocked happens, and I leapt on it because it’s such a cool show and a really interesting, complicated character. 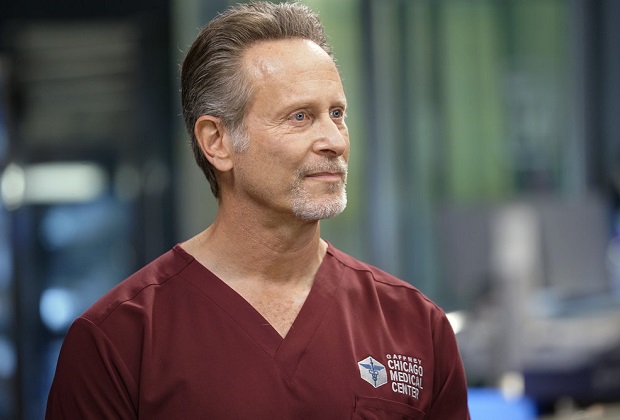 TVLINE | We’ve spoken to your co-star Brian Tee about the character, but how would you describe him?
He’s a dedicated, well-meaning surgeon who has served his country and as a result has probably suffered some potentially damaging PTSD. This is something that they may or may not explore. I know Brian’s character, Ethan, has already demonstrated that he has had some issues, and he and I both served. He served under me when we were in the Navy, and now I’m serving under him. He’s eager to be involved, and he’s eager to still matter, but there are some challenges that he is trying to overcome with age and experience, like what actual real people have.

TVLINE | So did they have a good working relationship when they were both in the Navy?
Oh yeah, absolutely! A lot of camaraderie, no competition. In fact, it was kind of gratifying, because I think Ethan looked up to Dean and learned a lot, and so there was a mentor/mentee relationship. But as in all of those relationships, the mentee has to graduate, and the mentor has to reckon with the idea that maybe he or she is not in that position anymore and has to go beyond the identity of being the big honcho and has to humble him or herself and learn more. I think that’s possibly where he is at this time. 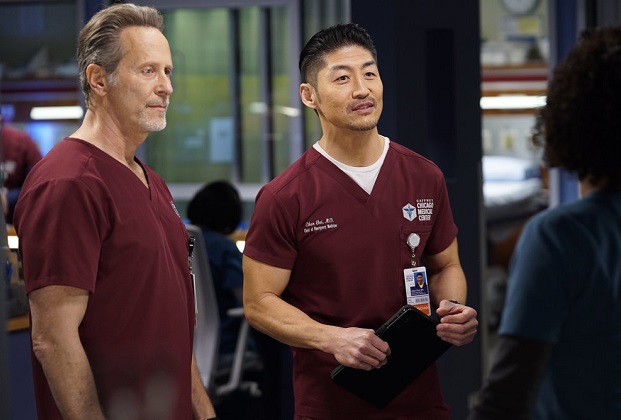 TVLINE | When we spoke to Brian, he said that Dr. Archer actually creates some messes that Ethan has to fix. Does that cause some tension between them?
I think it does. They probably haven’t seen each other for a long time, and suddenly they’re thrust together once again, and the dynamic has changed. People change over the years. So yeah, there are some messes… There are little internal struggles that begin to reveal themselves, and little identity issues that are between them that might begin to grow and get in the way of things. But these are two people who have demonstrated their ability and their heroism. They still have to learn how to relate to each other and relate to the world that’s changing in front of them and that constantly hurls challenges at them. 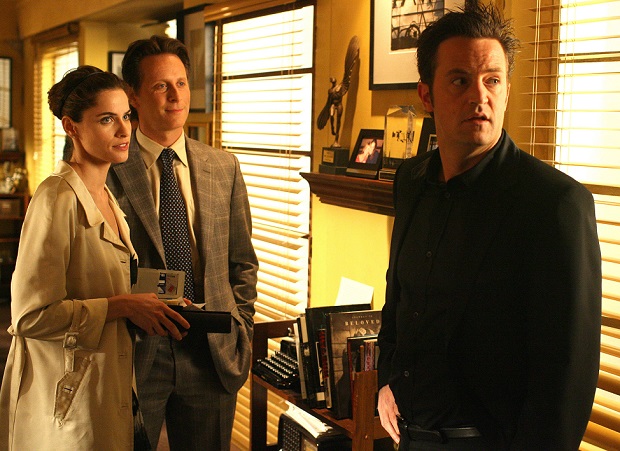 TVLINE | I’m going to put you on the spot. Do you have a favorite past role?
I had a great time and I really enjoyed the character that I played on Studio 60 on the Sunset Strip, which was the Aaron Sorkin show which ran only one season, sadly. It was a beautifully written role. I had a blast on it, and I feel like I really kind of hit the sweet spot with it. So that was a good one. I’ve done a bunch of theater, too. I did The Producers on Broadway for 10 months. Playing the role of Leo Bloom on Broadway was quite a great time and one of my favorite characters. But I consider myself to be a working actor, a journeyman actor, and I enjoy the variety. They all have a story to tell, they’re all part of my life. Even the ones that I’m not so proud of, those are important, too.

TVLINE | Personally, I have to say I really enjoyed you on iZombie because you really seemed to just be going for it and having so much fun in that role.
I loved that show. Another great show and a hilarious role, Vaughn, and really fun. That was a good time. He was a really funny dude. [Laughs] 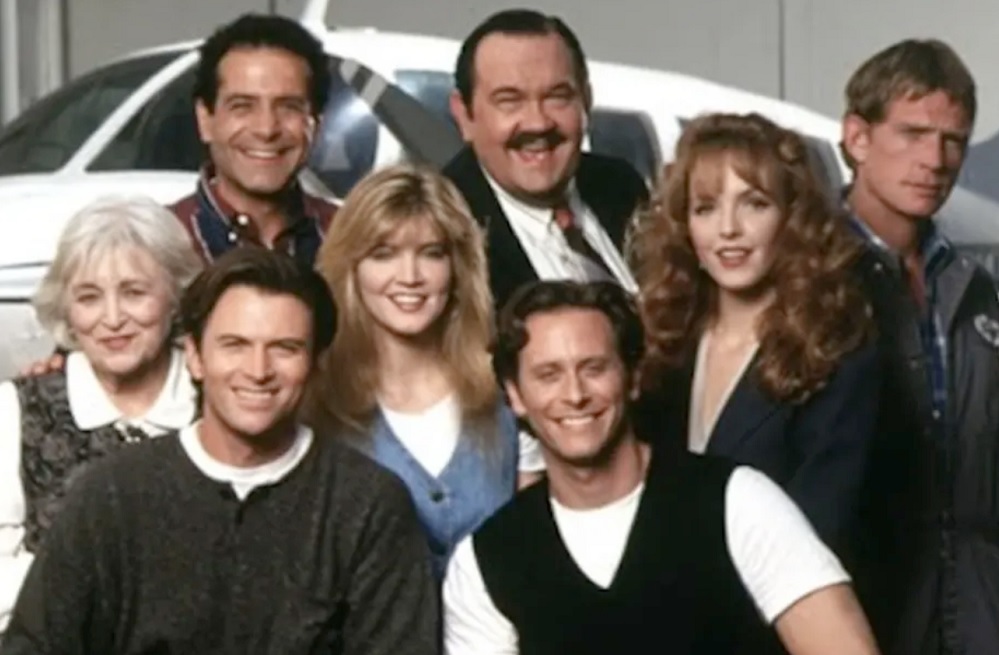 TVLINE | They are rebooting and reviving everything these days, so where’s the Wings revival?
I get that question asked all the time! It’s not up to me. You’d think by this time, somebody would have said, “Hey, why don’t we do that?” Unfortunately, we lost [cast member] David Schramm last year, and that notwithstanding, I think it’s a possibility. One of the reasons why the show worked as well as it did for as long as it did was because it’s the perfect platform, it’s the perfect kind of situation. Stories, literally, walk in and fly out every week. Hell, I’d do it. Tim Daly, the handsomest man in North America, I’m sure he’d be up for it. There are ways to do it. Who knows, maybe we could do a darker version of it. I don’t know. Maybe not.