The following contains major spoilers from the March 9 episode of The Flash.

The good news, coming out of this Tuesday’s episode of The Flash? Barry and Cisco (played by Grant Gustin and Carlos Valdes) came up with a way to reach into the Mirrorverse and pull someone out. 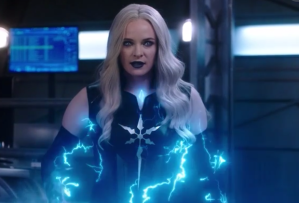 The bad news? Because of, well, schmience, both Kamilla and Singh could be saved… or only Iris. And Barry, rendered stone-cold by speed-thinking (a side effect of the ASF) privately made the decision to retrieve his wife, KOing Cisco, Allegra (Kayla Compton) and a Velocity X-created speedster version of Frost (Danielle Panabaker) in the process. Thing is, Iris (Candice Patton) didn’t want to go home without the others who were trapped. So emotionless Barry forced her through the portal, only to see her collapse at his feet.

What is next for Team Flash, heading into the Mirrorverse arc’s finale next week? And what was up with that mind-blowing “bonus” scene? TVLine spoke with series star Grant Gustin about all that and more. 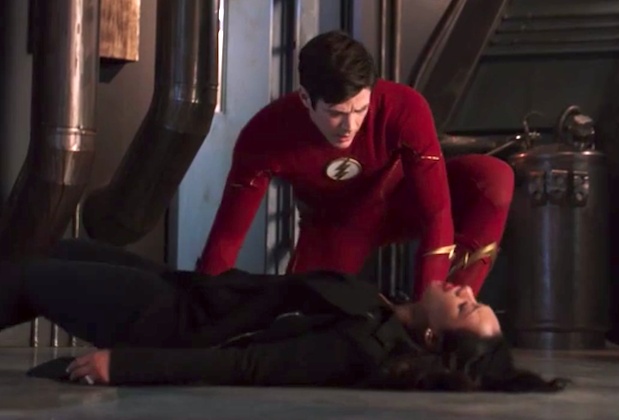 TVLINE | What is Barry thinking right now, with Iris there convulsing at his feet?
I mean, Barry kind of immediately snaps back to reality. He just spent the last day or so completely lacking empathy and not being the Barry we know. He really turns into “Spock Flash,” as I was thinking of it when he is working at the computer. He was functioning without any type of feeling. And when he sees Iris there convulsing, and the rest of the team incapacitated, it snaps him back to reality and he realizes what he’s done and the fallout there is going to be. In this moment, he thinks he has killed his wife.

TVLINE | Once Iris is presumably brought out of those seizures, is she going to be disturbed that Barry made that selfish, unilateral decision? Or does everyone kind of write it off  to the speed-thinking?
I think it’s going to be the hardest on Barry, because he feels like “I did this,” and he is expecting the team to kind of have ill will and turn on him. But Team Flash is a family, and they have his back. They help him remember that it wasn’t him, he wasn’t thinking clearly, and not to beat himself up too much. The ASF had taken over his mind, and it ultimately wasn’t his own doing… even though it really was. [Chuckles]

TVLINE | [Showrunner] Eric Wallace told me that he had to do a bit of a different finale to this arc, because of COVID and everything. Did it feel different at all for you, filming it?
It’s been interesting this year, because you’re very aware of how they are trying to limit physical contact, which makes emotional scenes very tough. There’s not a  lot of hugging this season, there’s been no kissing, at least on my end… so it’s been weird  in exploring those emotional aspects of the show, and  limiting the number of people in scenes. So yeah, you’re aware that we have to adjust the filming and everything, but it doesn’t feel incredibly different to me, than what we’ve been doing for the last six years.

TVLINE | The final showdown will still be big and satisfying?
Yes, it’s still going to be satisfying. There’s a big city action scene, and they were able to create scope without piling a bunch of actors on top of each other. 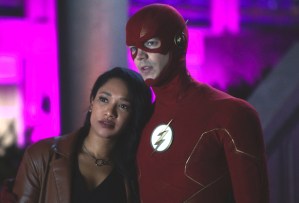 TVLINE | The Mirrorverse arc was so intense, with iris all alone slowly going mad — and that was on the heels of the pre-Crisis, “Barry Is Gonna Die” storyline. Will Graphic Novel No. 3 not be one of those arcs that’s all about WestAllen angst? Might they get a breather?
There’s definitely a breather, in a good way. We don’t pretend like [the Mirrorverse] didn’t happen; Candice in particular got a really interesting storyline where she got to explore the effects that this had on Iris. We don’t move on like, “She was in the Mirrorverse and now she’s out, life is back to normal!” They did a good job of giving Iris a storyline that explores the effects on her, psychologically, of that experience. But we will also see more “classic WestAllen,” and see them taking the next steps in their marriage and talking about their future.

TVLINE | Because don’t they have a kid to make?
Exactly, yeah. That’s going to come up, as far as what’s next for their family. 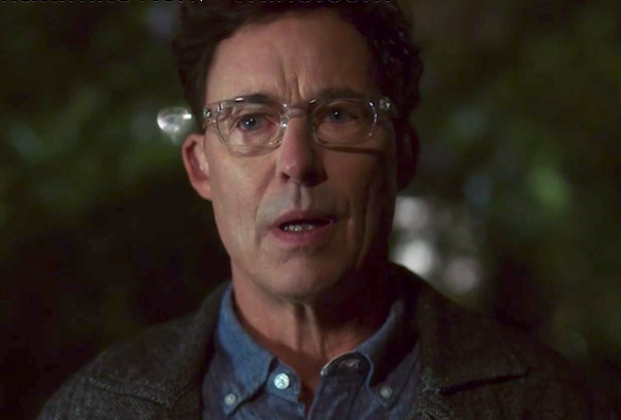 TVLINE | Lastly, this week’s bonus scene revealed that the original and actual Harrison Wells has been “reconstituted” by, I am guessing, multiversal particles at the roadside grave where Eobard Thawne long ago buried him. What was it like reading that scene in the script?
I had an inkling that we would tease this and explore this at some point this season. When we shot the last episode, it felt like it was the actual end of the Wellses on the show, and Tom Cavanagh’s run on the show, so to see this tease of arguably — and I personally say without a doubt — the most epic and iconic character he’s played on the show was exciting. We’re going to get to see the real Harrison Wells for the first time, because we’ve only ever seen Harrison Wells who is taken over by Thawne. It’s a character that I know Tom loves to portray, but as usual it’s going to be Harrison Wells with a twist, and we will get to see Tom do something brand new again with this character.