So, a superhero and a viking walk into a wrestling ring….

Written by Michael Waldron (Rick and Morty) with Mike O’Malley (Survivor’s Remorse) serving as showrunner, Heels is described as “a story about the men and women who chase their dreams in the world of small-town pro wrestling.” Set in a close-knit Georgia community, it follows a family-owned wrestling promotion as brothers and rivals Jack and Ace Spade (played by Amell and Ludwig) war over their late father’s legacy.

Heels is on track for a summer release. View photos, read on for more: 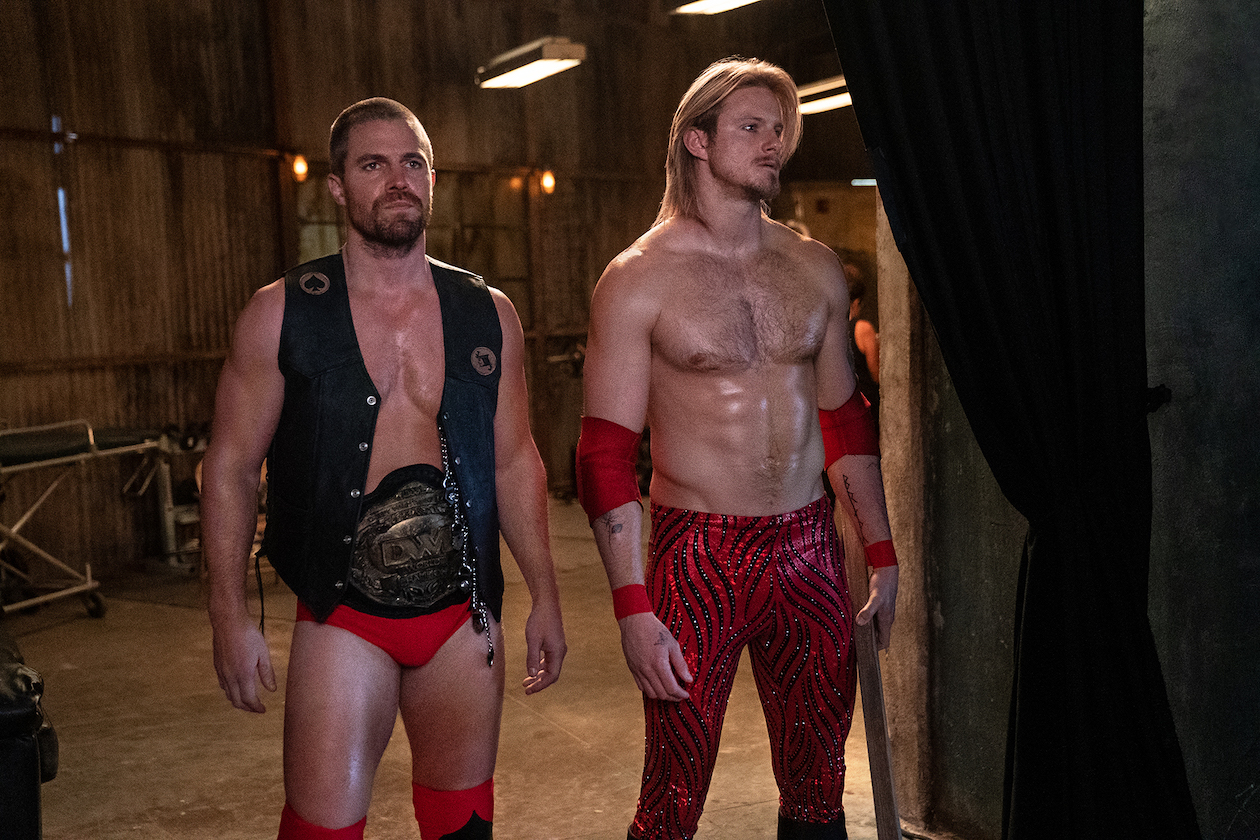 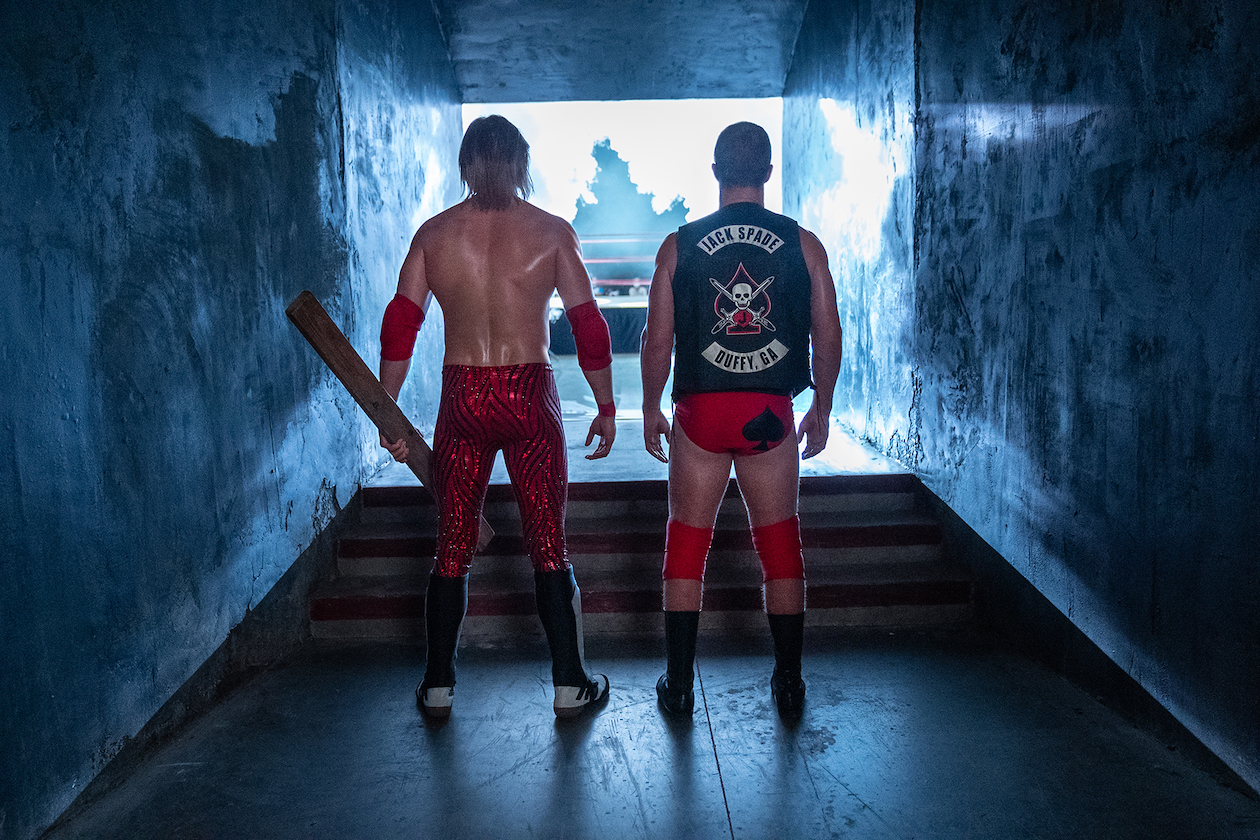