New Amsterdam welcomed back one of its best surgeons during Tuesday’s episode — but was it just a temporary visit? Or will Dr. Floyd Reynolds stick around?

After performing a life-saving operation on his former colleague Dr. Vijay Kapoor, Reynolds sat in front of a memorial for all the hospital staff who had not been so lucky and died during the COVID pandemic. “I should have been here,” Reynolds, who had relocated to San Francisco a year ago, lamented to Dr. Lauren Bloom.

So will that sense of responsibility to have been there through the worst of it make Reynolds want to stay at New Amsterdam on a permanent basis? “That’s a good question, because reading that there, I assumed, ‘OK, would this be the catalyst to him staying?'” his portrayer Jocko Sims tells TVLine. “You would think that, naturally, and we play the emotion of that to lead you there, but there will be twists and turns.”

Below, the actor also mulls what a change in location would do to Reynolds’ relationship with his fiancée Evie and talks about navigating his character’s uncertain future.

TVLINE | If he does stay, what does that mean for him and Evie?
In reality, there are a lot of things to consider if Reynolds were to stay. It is entirely possible that Evie and Reynolds break up. It’s entirely possible that Evie decides that, “Hey, I made a mistake leaving New York. I can’t live without New York.” There’s a lot of possibility there when you have a relationship such as theirs. Would she come back to New Amsterdam, in particular? Who knows? We’ll have to wait and see. 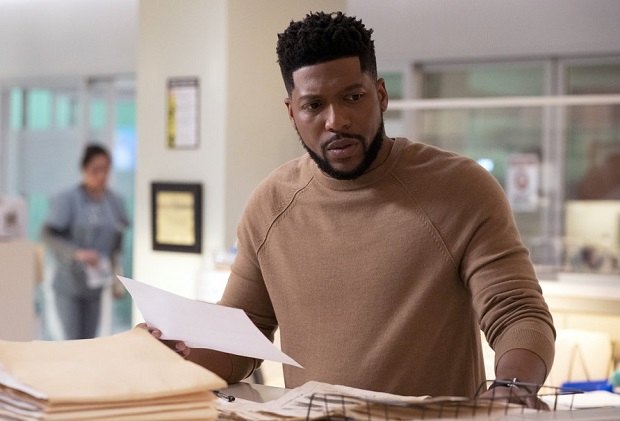 TVLINE | The producers have been kind of playing with this idea of Reynolds leaving the hospital, but not leaving the show, but maybe he is. They just keep teasing the fans. How has it been for you navigating all of that?
That’s been so fun. It’s just added sort of like a fifth dimension of drama. Shows often toy with the idea [that] a character might die or a character might leave, and I didn’t expect, especially this early in this series, that to be something they toy with, and they are. [Laughs] They’re toying with the audience quite a bit. And I think they like that space. One thing I will tell you about the original idea is, before the pandemic, the plan was Reynolds leaves [in] Episode 17, and you were going to see Reynolds again by Episode 20 within the same season. We’re talking about a matter of weeks. The pandemic happens, and that turns into over a year. So kudos, first of all, to the writers for being able to stay on their toes and work with something like a pandemic hitting and keep us going. But the space that we ended up in as a result, I think they like that. So we’re not going to tell you anything about Reynolds’ future, or anyone for that matter. [Laughs] Look, I’ll say this: I think they like it so much that I want to say that no character is safe, ever. We found out at the end of Season 1 that a character died, and we didn’t know who it was, and it turns out it was Georgia, Max’s wife. I think much the same, by the end of this season, who knows, we may lose a character. I literally don’t know yet, but I think it’s very, very possible.

TVLINE | In a way, the pandemic has made Reynolds’ absence more realistic, because he’s been gone for a year, like he would be in real life. He probably wouldn’t come back after just a couple of weeks in real life.
Right, and it’s all fun, it’s all smart. It’s another reason to watch to see what goes on here. Once a part of the story is written and it’s aired, I look back, and I can’t imagine it the way that it was originally written. It just wouldn’t feel right. This feels so right, especially right now. We all have people, in one way or another, friends, girlfriends, mothers… I miss my mom. I haven’t seen her since the pandemic started, and this is the longest time I’ve gone [without seeing her]. So when you can have that sort of element in a story, where someone is distant because of something having to do with a pandemic or having to come back or having to be on lockdown, these are the things that we’re dealing with, and it makes it kind of real and fun to watch. 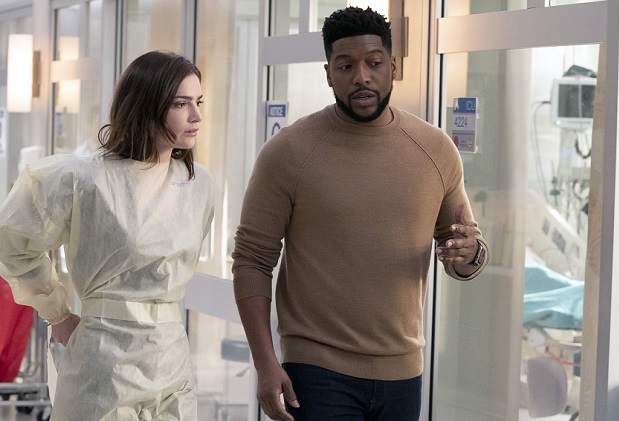 TVLINE | The scene with Lauren at the end of the episode, it seems significant that he was sharing that moment with her. How does their history play into what’s going on with Reynolds in that scene and possibly moving forward?
I feel like Bloom has just been more of the constant thing in Reynolds’ life that we’ve seen. His family has been a little topsy-turvy when it comes to accepting the woman he’s decided to be with. [With] the job, he’s been fired, he’s been rehired, he’s been put in charge of the department, he’s been offered another job. The only thing that’s been constant is that friendship between Reynolds and Bloom.

New Amsterdam fans, what are your hopes for Reynolds? Hit the comments!