The following contains spoilers from the March 8 episode of The CW’s Black Lightning. 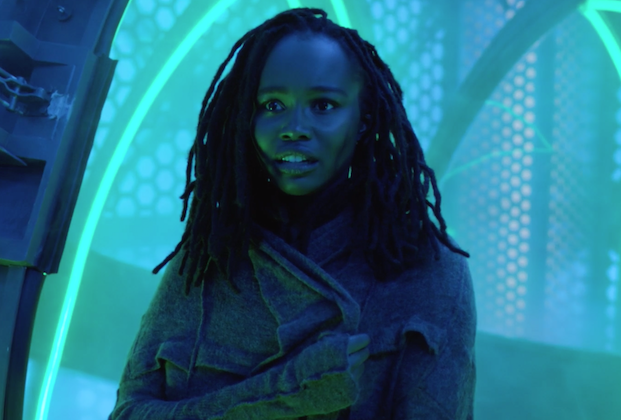 At the close of Monday’s episode, after Gambi used his own (plus some S.T.A.R. Labs) know-how to re-assemble Jennifer’s recently “exploded” body, Jefferson & Co. saw that their loved one came back together looking like a new actress — newcomer Laura Kariuki. Seemingly confirming the at-least-temporary recast, Nafessa Williams, who plays Anissa, shared on Instagram a photo of her on-set with Kariuki, captioned, “I need y’all to welcome the sweet, beautiful and talented @Laura.Kariuki to the @cw_BlackLightning family. Her first episode is airing tonight. Show her some looooove!”

TVLine has reached out to The CW for comment on the extent of Kariuki’s role.

McClain’s vacating of the role comes as zero surprise; back in November, she revealed in an Instagram video that the show’s fourth season was going to be her last “regardless of if it went on or not,” adding that she only signed on for a limited number of Season 4 episodes.

As for why she chose to exit, McClain only said, “There’s been a lot to happen over this quarantine, and I’m not talking about the PC side of it. God is moving me in more than one way than just this show. It’s bigger than this show. I’m doing God’s work now… and I’m not doing anything else.”

She was quick, though, to say that her decision was not fueled by any on-set drama or unhappiness with the show or its network. “I’m not leaving because I had a terrible time working at The CW,” she said, fighting back tears. “I like the CW. I like [CW network president] Mark Pedowitz, I like [Warner Bros. president] Peter Roth, [EP] Greg Berlanti, I love [showrunner] Salim [Akil], I always will. He gets it. And people that actually know me… they know why I make the decisions that I make.”

Want scoop on Black Lightning, or for any other show? Email InsideLine@tvline.com and your question may be answered via Matt’s Inside Line.