Not too many parents, regardless of race, would be comfortable having their adult child confront them on national television about their shortcomings.

But there was just something so authentically Black about the way Manny James reacted when his son, Matt James, discussed his feelings of abandonment on this Monday’s The Bachelor that made the moment riveting, if not slightly uncomfortable to watch. Culturally, people of the African diaspora don’t like putting their business in the streets. That said, Manny knew that he’d messed up with Matt in the past and tried to work his way through the discomfort, sweaty head, incredulous faces and all. Matt said he needed to talk to Manny about not being there for him as a kid not to embarrass his father, but to gain closure.

“There’s still a lot of fear about what long-term commitment looks like, based on what I’ve seen in my family in the past,” Matt said before the father he strongly resembles arrived. “And that’s not healthy. It’s not fair to me. It’s not fair to the woman I’m pursuing.” 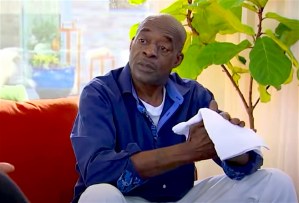 At first, Manny was understandably defensive. Calling his son “bruh” multiple times, Manny explained that his own father had died when he was five years old, and therefore didn’t know what a present father looked like. Still, he heard Matt out as he talked about Manny’s infidelities being the reason his mother, Patty James, left and acquiesced when Matt said that if Patty were his daughter, he’d want her to split with their kids, too. In a confessional, Matt cried about him and his brother getting new shoes and pizza from Manny as boys, but what they really wanted was Manny.

While Manny would’ve been within in his rights to be like, “We’re doing this here? Now?” and walking away (his face suggested he still might), he stayed, listened and apologized. And Matt forgave him.

Despite the fact that this is reality TV, there was something very sweet and endearing about seeing Matt and Manny hash it out and then make peace. The two even joked about beating one another in soccer afterward. Like a lot of people, Matt has issues with his past, and it was reassuring to see that even in the manufactured setting that is The Bachelor, forgiveness and closure are possible. 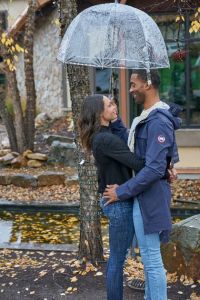 MATT’S BEST MOMENT | It’s also rather revealing that the first person Matt wanted to take on a date and talk to about his father was Michelle. Producers treated the pair to a Dutch spa experience where they soaked their feet in oatmeal and massaged each other with butter. Uh. OK.

But when it came time to sit down and share a meal, Matt couldn’t wait to bare his soul and tell Michelle — who grew up with a very present Black father — everything that happened with Manny. After dinner, where there didn’t seem to be any actual food, the two retreated to a fantasy cabin and spent an intimate night together as a couple. Michelle also stopped saying she was “falling in love” with Matt and went straight to “I love you,” but Matt didn’t say it back. He kissed her passionately instead. Um, hello? The woman said she loved you! Say it back and kiss her with your eyes closed. 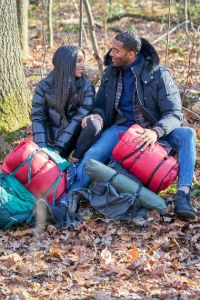 MATT’S WORST MOMENT | Matt’s second date was with Bri, who he took camping. The two roasted marshmallows and made a number of risque jokes about pitched tents. Like, a lot. Matt said they were going to sleep in the tent, but he was just kidding. They had a room. There was dinner, and Bri and Matt smiled about a possible life together.

He also brought up Manny to Bri, which made her reflect on her own estranged father, who is also Black, and Bri said she would like to find closure with her dad, too. They kissed a bunch and retreated to a rustic love palace where they kissed some more before escorting out the camera crew. Hubba hubba.

The next morning, a barely clothed Matt and Bri kissed and snuggled in a fur blanket and kissed some more. They even made breakfast. So, why is this Matt’s worst moment? Well, he didn’t pick Bri. They got super intimate — only the two of them know how intimate — and even made a sexy breakfast, only for Matt not to pick Bri in the end. This woman quit her job for Matt and said she was in love with him, but he didn’t reciprocate. Instead, he used her, behaved in an ashy manner, put her in a luxury SUV and said goodbye. Twitter is going to read this man for filth for that, and it will be awesome. 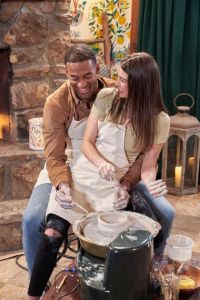 THIS WEEK’S TRAIN-WRECK MOMENT | Watching Rachael writhe and cry was strangely satisfying. She really struggled as Matt chose to take two Black women on dates before her and even pouted. Yes, she has apologized for her past racial insensitivities and Antebellum attire, but no one knows if she means it. Besides, the producers seem to be rooting for Rachael and gave Matt and her a romantic ceramics date, Ghost-style. The only thing missing was “Unchained Melody.”

Matt and Rachael even received a fireworks show worthy of Disney World. Seriously? Seriously. And in the end, she got the second rose, and Bri didn’t, so there you go. Trailers leading up to this episode and even Rachael’s tears and tantrums were all smoke, mirrors and red herrings. Not even Flavor of Love was this deceptive.