The Queen of the South‘s reign is coming to an end.

USA Network has announced that its Alice Braga-led crime drama will wraps its run with Season 5, which is set to premiere Wednesday, April 7 at 10/9c. TVLine’s Cable Renew/Cancel Scorecard has thusly been updated.

A final-season poster and a trailer were also released, shown below.

Based on Arturo Pérez-Reverte’s global best-selling novel La Reina Del Sur, Queen of the South tells the story of Braga’s Teresa Mendoza, a woman who is forced to run from the Mexican cartel and seek refuge in America, and her eventual rise to power over her own drug trafficking empire.

“We could not be prouder of our entire cast and crew that joined us on this magnificent journey,” executive producers Dailyn Rodriguez, Ben Lobato and David Friendly said in a joint statement. “Queen of the South began shooting in Mexico City, brought us to faraway places like Malta and Colombia, and finally landed in New Orleans. We cannot wait to share the explosive final season with our devoted fans. And, of course, we could not have made this show without the talented and tireless Alice Braga, who brought our queen to life.” 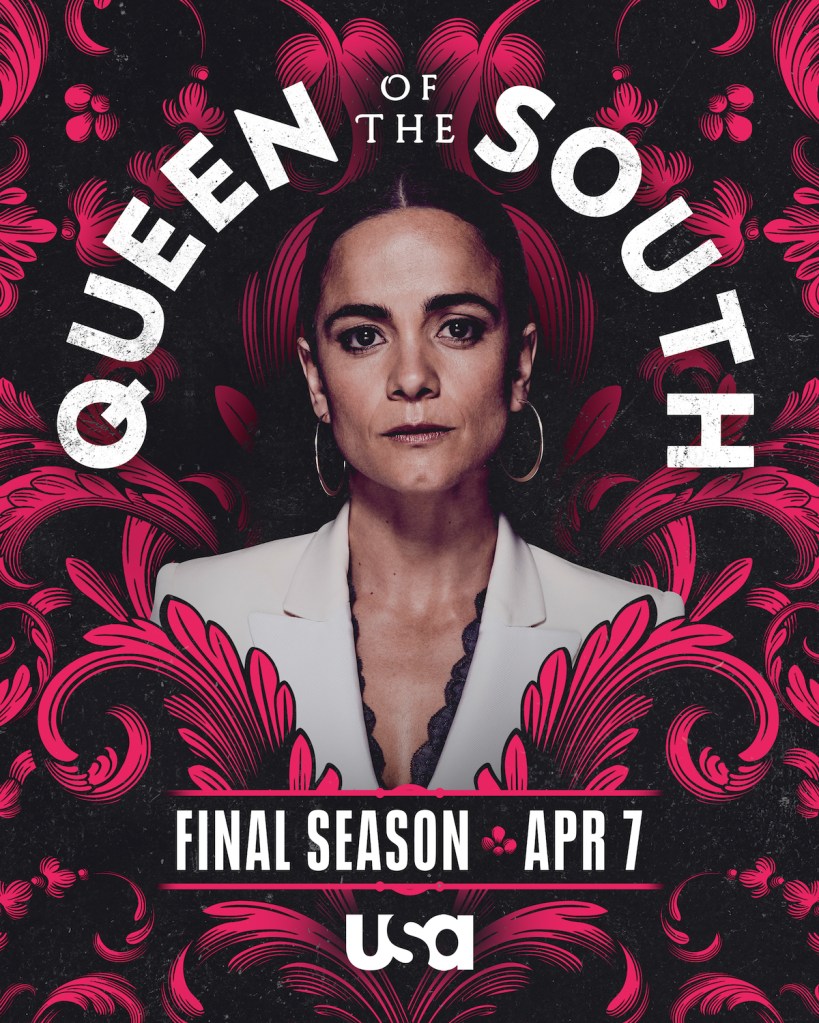 “For five incredible seasons, Queen of the South has captivated us with brilliant storytelling and bold, powerful characters,” added Entertainment Networks chairman Frances Berwick. “This series broke boundaries for the genre, and we are so grateful to have had the opportunity to work with this incredible team of creators, cast and crew along with our studio partners at 20th Television and UCP. As we close this final chapter, we look forward to a great season culminating in a finale that will give our fans the ending they deserve.”

Watch the final season trailer below: