THE PERFORMANCE | Ever since Agnes knocked on Wanda’s door, houseplant in hand, during WandaVision‘s first episode, Hahn has rightfully garnered praise for her versatile, scene-stealing work as the titular couple’s nosy neighbor. And it’s no surprise, really: Hahn has been the secret weapon of countless comedy episodes during her career, and the kind of acclaim she’s gotten for WandaVision is well overdue.

But after weeks of nailing the sitcom neighbor role in each new decade, Hahn got to go full villain in Friday’s finale, and she clearly relished every moment of it. We can’t remember the last time we had so much fun watching a baddie wreak havoc, but Hahn had us hooked as her line readings — “Ooh, this is awkward: Your ex and your boyfriend together at the same party!” — oozed with wicked delight.

And though Agatha hurled plenty of purple-tinted magic at Wanda during their climactic fight, Hahn’s performance was just as effective without all those fireworks. Agatha’s cruel power was made clear through Hahn’s acting choices, like the way her eyes lit up just before her old coven turned on Wanda, or the pleasure she took in revealing that the Hex couldn’t actually be fixed with a new spell. Plus, that witchy cackle of hers? Top-notch.

It was in her final scene that Hahn did perhaps her best work of the show. Wholly defeated by Wanda (now the Scarlet Witch) and drained of her own magic, Agatha was permanently transformed back into busybody Agnes — but the words she spoke didn’t have Agnes’ previous cheerfulness, nor did they carry the gravitas of Agatha at the height of her powers. This was a new Agnes trapped somewhere in between: seemingly aware of her bleak new existence, but powerless to escape it. And with every sitcom-cheesy line she delivered, Hahn mastered the delicate balance of cheer and pain in Agnes’ voice; the words, “Okey-dokey, artichokey” have never sounded so tortured, proving once more that Hahn is magical in her own right. 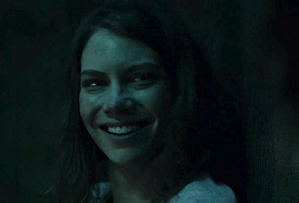 HONORABLE MENTION | The living embodiment of “Ya don’t know what you’ve got till it’s gone,” Lauren Cohan gave a performance in the first of The Walking Dead’s Season 10 bonus episodes that made us glad all over again that she’s returned as Maggie. It wasn’t just the warmth that radiated from her in scenes with Judith and Kelly, either, or even the rage that she brought to Maggie’s face-off with a murderous Reaper. It was the subtle way that Cohan hinted at how much her character had changed since she left Hilltop. Telling Daryl (part of) her story, Maggie only lit up when speaking about son Hershel. Cohan otherwise played the moment almost like a ghost, someone so haunted, she was bound to leave us feeling the same. 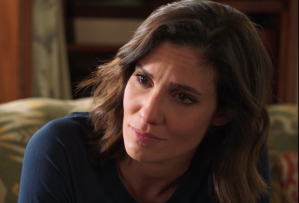 HONORABLE MENTION | If you or a partner has gone through IVF, NCIS: Los Angeles hit home this week, in great part due to Daniela Ruah‘s affecting performance. Sure, there was the lighter scene in which Kensi and Deeks squirmed over the first injection (which beneath the anxiety of a needle poke carries the weight of a family hopefully being started). But when Kensi was waylaid by side effects to the point that she had to bench herself, Ruah communicated the badass’ frustration. “I’m on an emotional roller coaster,” she confided in Nell. “I’m battling my body every single day and trying not to show it; today I had side effects I knew might be a possibility but I was really hoping wouldn’t happen; I haven’t been having any mood swings yet which are definitely going to come — and somehow this is just the beginning.” Kensi et al can sometimes feel like superheroes, but quieter moments like these move us with their vulnerability. 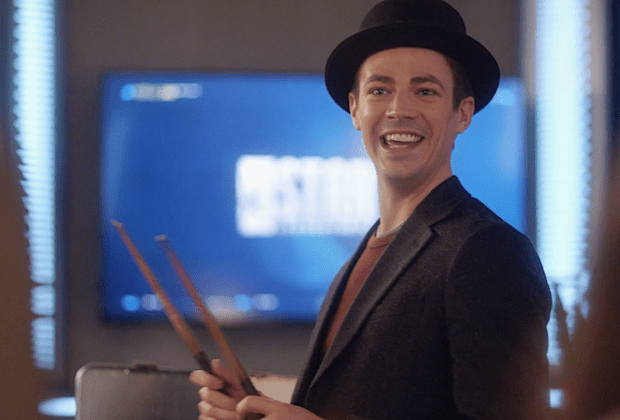 HONORABLE MENTION | The Flash‘s  Mirrorverse arc has been intense, featuring a humorless villain, trapping Iris in a cruel world, and feeling endless after being paused by the pandemic. A blast of levity was greatly needed, and Grant Gustin rose to the occasion in the scenes that saw Barry infused with and channeling the many Wellses. As he affected Sherloque’s French accent, H.R.’s boyish wonder, Harrison’s grizzled rasp and more, you could only wonder how OG Wells Tom Cavanagh reacted between takes. Then, for good measure, Gustin reliably hit the grounded, emotional notes, as Barry shed tears over the actual Wellses’ goodbyes, before assuring the team, with great resolve, they must now outwit Eva and get Iris and the others back. 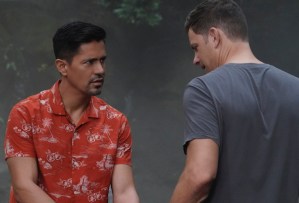 HONORABLE MENTION | As unusual as it now is to see Magnum P.I. work a case sans Higgins, an episode such as this Friday’s proved to be a very nice showcase for series lead Jay Hernandez. As Magnum puzzled over an Army ranger who in the course of returning home went missing after receiving utterly devastating news, Hernandez slipped on his P.I.’s old-school gumshoes to follow the breadcrumbs with an intent, personal interest, worried that the MIA husband/father might end his life. Once the bereaved ranger was located, Hernandez did some of his best work to date, as Magnum relayed his own tale of survivor’s guilt and convinced the man to live on, with his loving family.