Young Sheldon teased a “super fun” surprise ahead of Thursday’s episode — but it wasn’t another Big Bang Theory Easter egg.

It was an appearance by pop culture icon David Hasselhoff, who cameoed as his Baywatch-era self — mullet and all! — in a scene opposite Jason Alexander’s Mr. Lundy.

In the episode, Sheldon’s older brother Georgie decided to film and sell his own workout tape, then enlisted Lundy’s services to improve the production and add some much-needed pizzaz. After they settled on a cowboy aerobics theme, Georgie and Lundy secured an investor — Georgie’s Meemaw — but the project fell apart over a hypothetical profit split. Lundy, still determined to make Cowboy Aerobics happen, hopped a flight to Burbank, Calif., where he met with The Hoff (not to be confused with The Hof) and convinced him to front a line of workout videos. What followed was straight out of a fever dream — and TVLine has the footage to prove it, along with photos:

So, how exactly did the former Knight Rider star wind up on Young Sheldon? For that answer, we turned directly to series co-creator Steve Molaro. 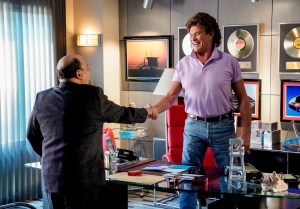 “We thought it would be fun if Mr. Lundy managed to make his exercise video without Georgie and we wanted to find an iconic ’90s actor who we thought still looked young enough to play his earlier self,” Molaro explained. “David Hasselhoff was the first person we thought of. Like Mr. Lundy, we were thrilled when we got The Hoff.”

Scroll down for additional photos from Hasselhoff’s surprise Young Sheldon guest stint, then hit the comments and let us know if you did a double take upon his on-screen arrival. 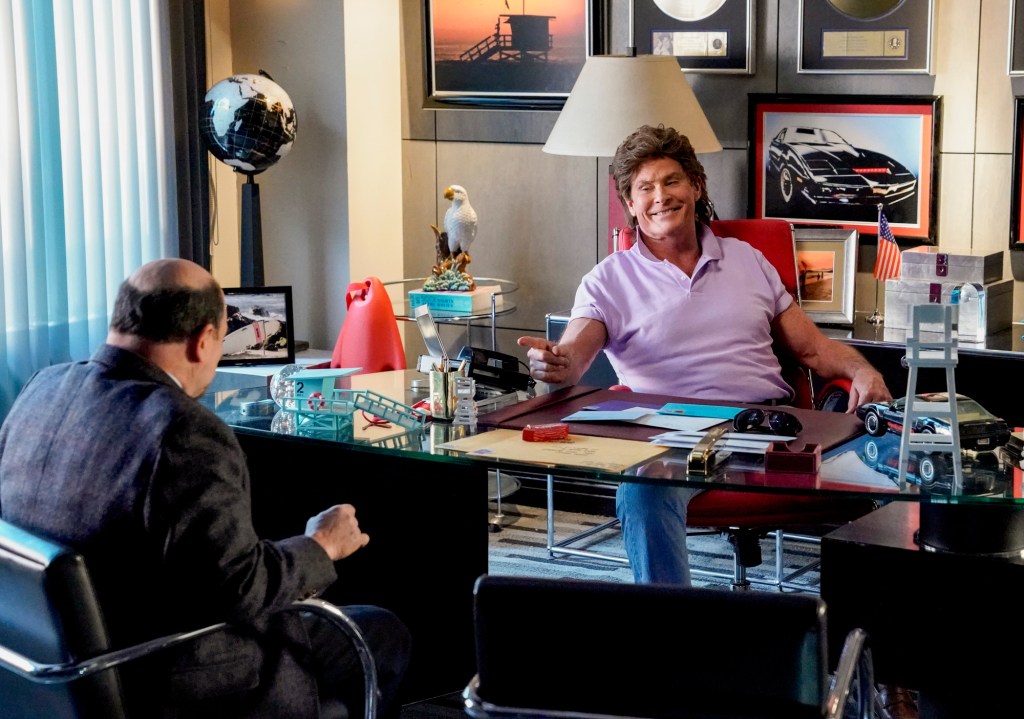 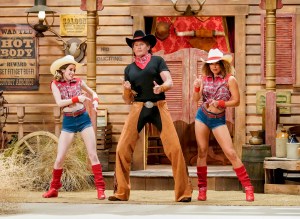 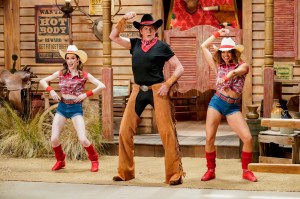