Warning: The following contains major spoilers for Ginny & Georgia’s finale. Proceed at your own risk!

Ginny & Georgia‘s titular single mom has no shortage of love interests: There’s her daughter’s free-spirited father Zion (The Boys‘ Nathan Mitchell), the successful local mayor Paul (Hart of Dixie‘s Scott Porter) and charming, curmudgeonly café owner Joe (Degrassi: The Next Generation‘s Raymond Ablack). But after the Netflix dramedy’s Season 1 finale, only one fella can call himself Georgia’s fiancé, although he might not necessarily be her true love.

In the episode, Joe decides to tell Georgia (Batwoman‘s Brianne Howey) that he has feelings for her after he realizes the 15-year-old girl with whom he had a memorable rest-stop encounter as a teen was Georgia. While Joe’s memory isn’t spurred until Ginny (Raising Dion‘s Antonia Gentry) pulls out her mom’s sunglasses, which a young Joe gifted her, creator Sarah Lampert confirms that Georgia remembers Joe. “We hint at the answer to that with their very, very, very first interaction, when he comes up to her, and she says, ‘Hey, Joe.’ Georgia’s not one to forget anything,” Lampert says with a laugh.

But just when Joe — who named his horse Milkshake, after something young Georgia said to him — is about to confess how he feels, he learns that Georgia is now engaged to Paul.

Elsewhere in the finale, Georgia’s secrets start to catch up with her. First, her colleague at the mayor’s office catches on to her check scheme. Then, unbeknownst to Georgia, Ginny finds out that her mom poisoned her stepfather after she witnessed him, suggestively, putting his hands on Ginny. Knowing the truth about her mother’s dangerous actions, Ginny does just what her mom taught her: she runs away.

Below, Howey talks about Georgia and Joe’s connection, how her character will deal with the finale cliffhanger and whether Georgia was justified in her choice.

TVLINE | There are a lot of eligible bachelors in Georgia’s life, between Paul, Zion and Joe. Which fella do you think Georgia is meant to be with?
Georgia’s prospects are looking very bright! Georgia has some really, really wonderful options. I think there’s a little part of her that, of course, wants it to work with Zion, for the sake of Ginny, because that’s Ginny’s dream, and Zion really is the true love of her life. But they’re sort of ships passing in the night. 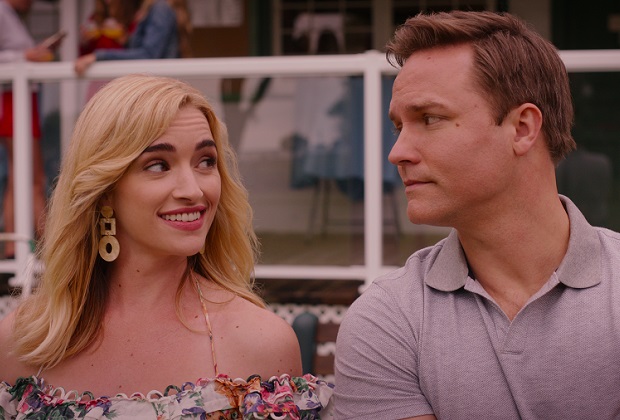 One of my favorite lines is, “Paul ‘Waiting for His Bachelor Casting Call’ Randolph,” because I love The Bachelor. Scott is so incredibly charming and wonderful and so fun to work with. I think Georgia loves the idea of Paul and starts to convince herself that he’s really The One. But then Joe comes along and throws a wrench in everything. So it really is Sophie’s Choice. It’s too hard.

TVLINE | Georgia remembers Joe, but doesn’t say anything to him about it, whereas for him, it’s the sunglasses that trigger the memory of her. But clearly, she meant something to him because he named his horse Milkshake. Is the significance of that lingering encounter a sign that these two are meant to end up together?
It’s a possibility. There’s something really beautiful about Georgia and Joe, because not many people get to know the real Georgia. Because she did meet Joe so young, when she was so vulnerable, he was able to see her in a light no one else has, and right when he met her, she was taking on a new identity. That’s really when she became Georgia, so he was the last person to meet her as Mary, in a way, without knowing it. So I think there’s a lot of possibility there. 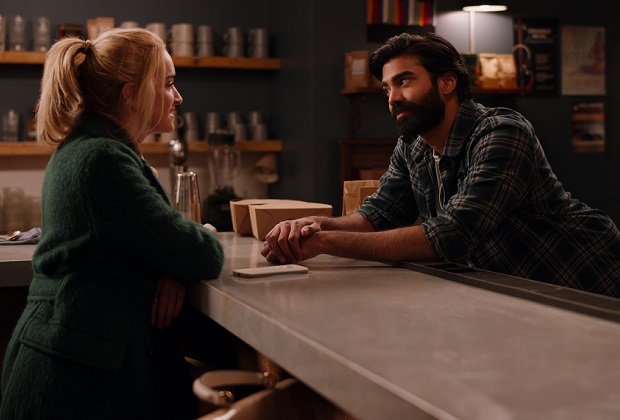 TVLINE | Does she have romantic feelings for him when she comes to Wellsbury and they start to connect on a new level as adults?
I think once he loosens up and starts playing her game a little bit, he’s 100 percent on her radar. But Georgia, unfortunately, is juggling so many narratives and holding on so tight to this house of cards she’s created. I don’t know that right when they meet, she has the time yet. She’s focusing so hard on making sure no one can see any of the cracks.

TVLINE | They definitely shared a moment in her bedroom, though.
100 percent. I think Joe holds a very, very special place in her heart. Joe has his life together, and Georgia’s not always the most vulnerable in sharing what’s really going on with her. She’s the queen of con.

TVLINE | In the finale, there are quite a few secrets that start to come out about Georgia’s past and what she’s done. How worried should we be about Georgia’s prospects moving forward?
[Laughs] You know, if there’s anything we’ve learned from Georgia, it’s that she is a woman with a plan, and she is always prepared. Georgia lives her life playing a game of chess that no one else knows that they’re in. So I have faith Georgia is constantly four steps ahead of everybody, and I think she’s got a few things in her back pocket. 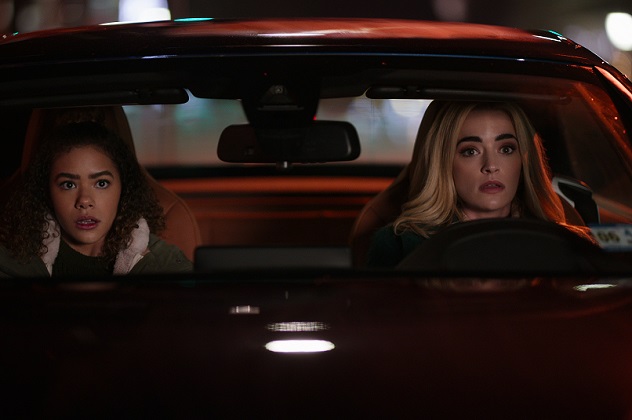 TVLINE | But she’s potentially lost her daughter. So how will that affect her?
I fear she might burn Wellsbury to the ground when she finds out. She will not go quietly. I don’t know. I’m incredibly excited to see what happens there.

TVLINE | Obviously, the sexual abuse in her own past informed what Georgia did, but one could argue that she could have gone to the police. What did you think of her choice?
I think we don’t always know how we’re going to respond when it’s time to protect our children until we’re really in that moment, and I think Georgia is a survivor and has a lot of trauma she hasn’t worked through at all, because that’s also a luxury not everyone is afforded. You don’t always have the time and money to work through these things in a healthy way, and Georgia certainly has not, and I think at the end of the day, her tools are more limited. Georgia grew up in an unconventional way, and I think in her heart of hearts, she did what was right — for her. [Laughs]

TVLINE | As the season unfolds, we start to peel back more and more of what happened to Georgia and who she is. Was there a particular moment in the season where you really felt like you got her and understood her fully?
There’s two scenes that come to mind, and one is with her sister Maddie, when she finds out Maddie’s true intentions, and she drops the 10 grand on the table and tells her to get out of her life. And also, when Zion leaves, and she sort of starts to have a panic attack and realizes that now that means her future is Paul. I think they’re both incredibly telling about Georgia’s character, because she’s protecting her kids, and she’s trying to set herself up for success in the future. Georgia’s not really following her heart. She has a plan. 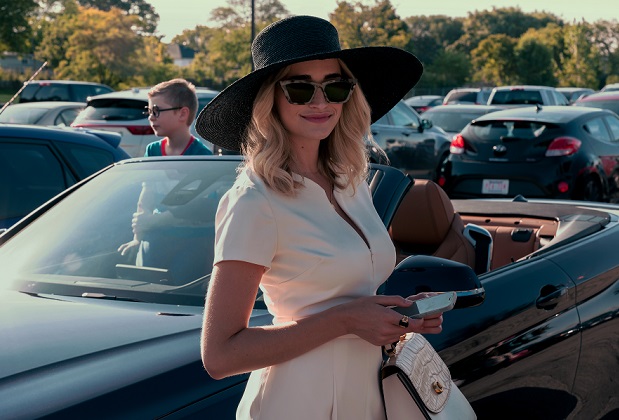 TVLINE | One last question: Georgia is such a firecracker of a character. Do you have a favorite scene or a line of hers?
[Laughs] Oh, my gosh! I mean, there’s too many. I love the scene when she picks the girls up from shoplifting, and she’s sort of lays it on the saleswoman. That’s one of my favorite Georgia moments, and actually, probably sums up Georgia really well in one scene. I love when she takes Austin to go punch his bully behind the tree because that’s what bees do.

What did you think of the Ginny & Georgia season ender? Grade it below, then hit the comments!