Warning: The following contains major spoilers for Ginny & Georgia‘s premiere. Proceed at your own risk!

Most shows would probably wait a couple episodes, if not a whole season, before having their teenage heroine lose her virginity by hooking up with the resident bad boy. But not Ginny & Georgia.

In Wednesday’s debut of the new Netflix dramedy, Ginny and her will they/won’t they love interest Marcus (played by Locke & Key‘s Felix Mallard) have sex in the very first episode of the series. The surprising moment takes place after Ginny unexpectedly takes Marcus’ motorcycle for a spin and then, emboldened by the ride, plants a kiss on him. Later, Marcus climbs through Ginny’s window and questions her about her date with their classmate Hunter (Mason Temple). He confesses that he can’t stop thinking about her, so Ginny cuts him off with another kiss, which quickly turns heated… and then super awkward between the sheets.

Antonia Gentry (Raising Dion), who portrays Ginny, recalls being “surprised” when she read the scene for the first time. “I kind of had to go back and read it again, like, ‘Wait a second, did she just…? She just went on a date with [Hunter] and then…'” Gentry shares. “We see when she takes his motorcycle, comes off and kisses him passionately, girl is really hormonal!” 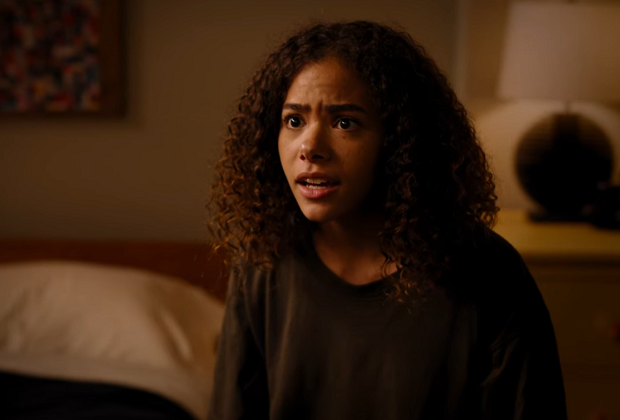 Not to mention, “she’s so impulsive,” Gentry adds. “I think that’s a part of what kind of drew me to her. She’s just as impulsive as we see [her mother] Georgia is, just in this kind of more innocent way.”

For creator Sarah Lampert, Ginny’s first time represented a chance to not go down a familiar path, both in terms of how virginity is depicted in media and the expected timing of when a female character typically chooses to have sex. “A lot of our show is about subverting tropes, and one of my least favorite tropes is the idea that virginity is — and only for women, really — something special to hold onto,” Lampert tells TVLine. “What I love that we did — and everyone was on board with and wanted to do — was, right in the pilot, have Ginny lose her virginity, because this wasn’t going to be a show where that was something that was a part of her identity and protected throughout the season. We wanted to not have it be this thing.”

Instead, Lampert sought to have Ginny’s experience mirror real life, in that she’s “this really awkward teenager who’s having a sexual awakening in a realistic, awkward way.” 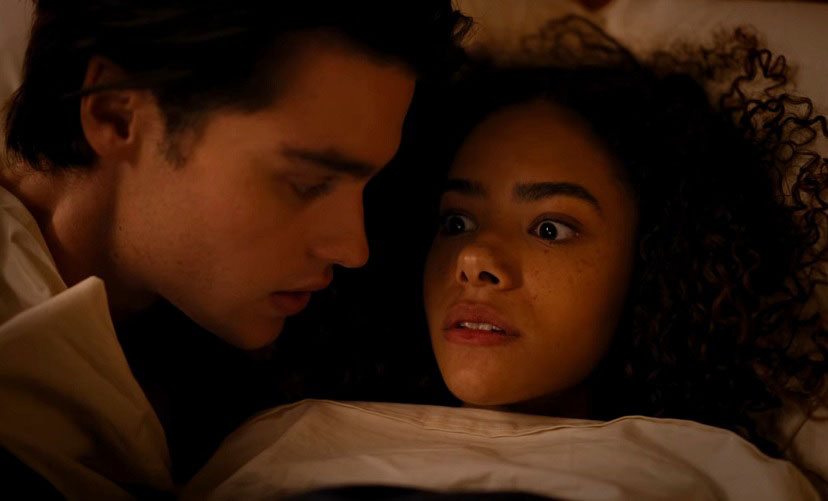 Lampert praises director Anya Adams (Zoey’s Extraordinary Playlist) for the “phenomenal job” she did in bringing to life that bumbling feeling. “It’s one of my favorite scenes in the whole show, and Anya shot that so well,” Lampert raves. “[It] starts off so sexy, and Ginny and Marcus are going at it… and then the music cuts out, and it’s like a squeak on the record player, and it’s just these two awkward kids fumbling, having no idea what they’re doing. I feel like that is a really true experience of discovering your sexuality as a teenager.”

Gentry, too, credits the series and its creative team for depicting her character’s first time with honesty. “I love how it’s shown in the pilot,” with their steamy kissing giving way to “both of their inexperience,” Gentry describes. “Then right there, at the end, it’s kind of heartbreaking. But I think the realistic portrayal of it is something that needs to happen a bit more often on TV. Teenagers are going to explore their sexuality. It’s a part of life, and for young women, in particular, I think, showcasing it in a way that’s realistic and not oversexualizing or glamorizing and making it kind of Hollywood perfect is really beneficial in sex positivity and education.” 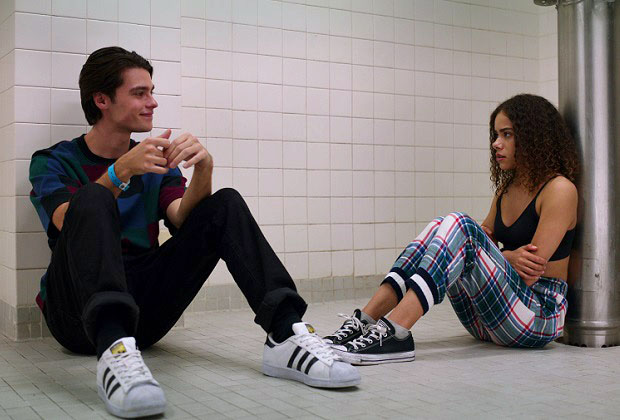 Ginny and Marcus’ first time together also speaks to the connection that the characters feel toward each other after only a few encounters. So what is that draws the gal in new town to her neighbor so quickly and so strongly? “Oh, my gosh, have you ever seen Felix’s eyes?!” Gentry replies with a laugh. “All I know is the scene where he comes into the room when she’s at Maxine’s house, doing homework, and he comes up to her, and obviously, we think he’s going to kiss her, but actually, he’s just trying to get his weed, I know we’re acting and stuff, but still, man, I kind of started blushing. I had to do so many takes, and I was like, ‘Guys, can we just choose one? Like, I’m sweating here.’ He knows his angles, man.”

In all seriousness, Marcus “gives off that bad boy vibe,” but as the season progresses, “you really see that he’s just this hurting, sensitive soul who also needs someone to be there for him and someone to listen to him,” Gentry shares. “I think that’s really what draws Ginny to him, because they kind of have this quiet understanding of each other, that ‘suffering in silence’ kind of thing… He can be so charming and sweet, just as much as he can be very, very dumb, but that’s just being a teenager.”

What did you think of Ginny & Georgia‘s first episode? Grade it below, then hit the comments!