It was an eventful first four months on the job for the newbie Nurses. Season 1 of the Canadian medical drama ended its NBC shift on Tuesday by tackling a pregnancy scare, alcoholism and sexual assault.

Now that she’s gone public with her allegations against Dr. Hamilton, Grace is swarmed by the media and ostracized by some of the hospital’s doctors (“I’d say hi, but I don’t want you to sue me”). Evan, of course, is nothing like the others and pretends that everything is normal. Unbeknownst to her, Grace also gets support from her ex Kabir, who walks out of a meeting with Dr. Hamilton after the sleazy doc loses his cool and accuses all the women coming out against him of being liars, spearheaded by “a crazy bitch.” Unsurprisingly, his outburst is followed by his resignation and a pathetic attempt to save face during a press conference. 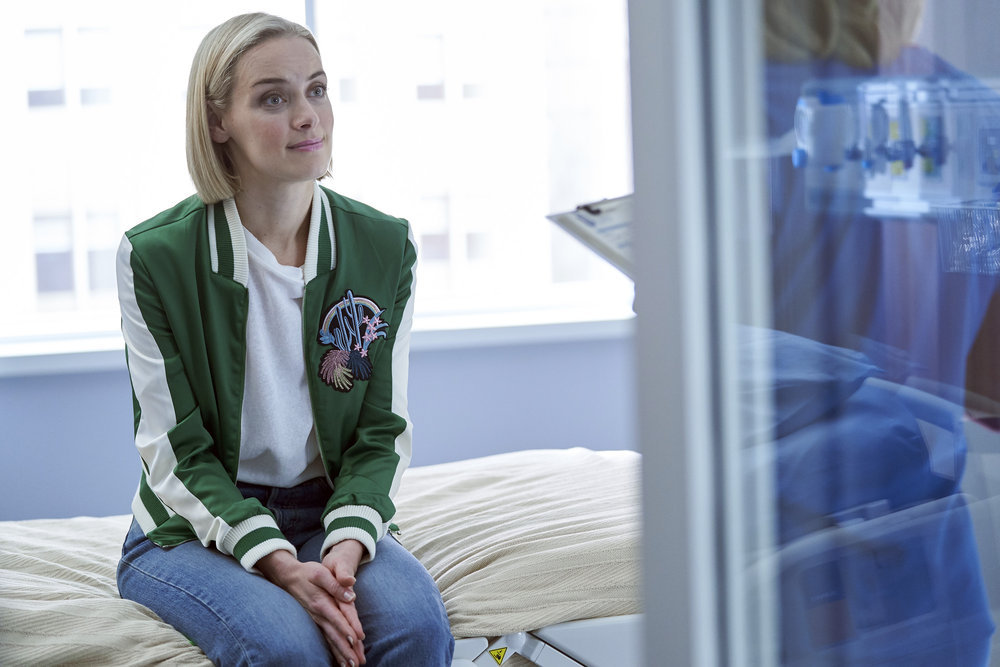 As this is going on, Grace throws herself into her work and her patient: a supermodel patient (played by Batwoman‘s Rachel Skarsten!), who comes to the hospital for a preventative double-mastectomy. (If her supportive photographer boyfriend looked familiar to you, it might be because he’s Rookie Blue vet Travis Milne.) Grace helps the woman come to terms with her decision and encourages her to tell the truth to her Instagram followers. Way past the end of her shift, Evan marvels that Grace is still at the hospital after the day she had. But if she went home, then she wouldn’t have been able to kiss him, finally!

Elsewhere, Ashley discovers Sinead’s empty alcohol bottles and tells her boss’ boyfriend. Needless to say, Sinead does not react well and reassigns Ashley in retaliation, taking over her patients. Even after the charge nurse marks a teenage boy’s wrong eye for surgery, nearly blinding him, Ashley still takes the blame for her. With that colossal mistake hanging over her head, Sinead asks Ashley to walk her to rehab. 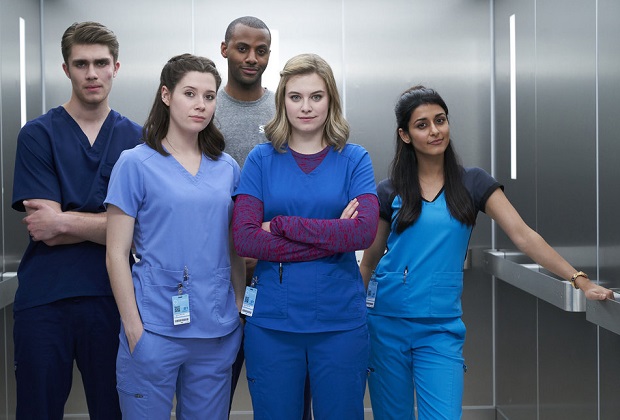 Wolf is also making poor decisions, stealing an elderly man’s morphine. Yes, he’s being blackmailed by Red, but come on, he can take him! When Wolf sees the old man in terrible pain, he has a change of heart and punches Red, snagging the morphine back. Yet, somehow, Red — who is smaller than Wolf — is able to get the upper hand on Wolf with a bag of… oranges?

Then there’s Keon, who learns by way of Naz that his girlfriend Dr. Vanessa Banks might be pregnant. Although kind of freaked out, Keon is already mapping out their new home and the minivan he’ll need to get to work as they wait for the pregnancy test result, which comes back negative. Both parties appear relieved — but Vanessa also says she found his babbling about their life together hot, so it appears these two aren’t done.

What did you think of the Nurses season ender? And are you hoping NBC picks up the series for Season 2 (which has already been ordered in Canada)?