Kevin James didn’t want his third sitcom to be a rehash of King of Queens or Kevin Can Wait — and what could be more different than a series set in the world of NASCAR?

On the heels of the Daytona 500, Netflix will launch The Crew, a 10-episode comedy from creator Jeff Lowell (The Ranch) that centers on the fictional Bobby Spencer Racing team, led by crew chief Kevin Gibson.

“I still love the format of being in the sitcom world, but the workplace comedy is different for me,” James tells TVLine. “This world is something I didn’t know much about… It was a great opportunity to do something different, but still familiar.”

In the pilot, Spencer (played by Rizzoli & Isles‘ Bruce McGill) steps down and passes the team off to his numbers-driven daughter Catherine (The Last O.G.‘s Jillian Mueller), a millennial from the tech world who wants to change the way Kevin and his crew have always done things. 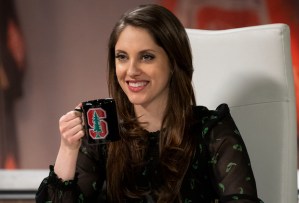 “[Kevin and Catherine] are at each other’s throats pretty much the whole time,” Mueller says. “I want to revamp things, and Kevin is old school, so we are constantly butting heads on whose way is the best way, and how we are going to keep this team afloat.”

Adds James, “The old dog’s got to learn new tricks, but some of the old tricks still work. That’s the battle right there. You certainly don’t want to be locked on the old and become outdated and obsolete, but there are things to learn from tradition. It’s a give and take.”

Among those most hesitant to accept Catherine’s changes are trusty mechanic Chuck, who has his own way of doing things. 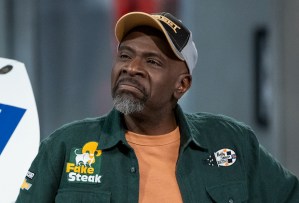 “Chuck’s thing is, ‘I am going to make this car run.’ This new, fancy stuff? He’s not into that,” portrayer Gary Anthony Williams previews. “Give me the tools, get my guys out here and let’s get this thing running. Chuck doesn’t have any time for fancy-schmancy stuff, or the new hood sponsor that she’s got coming. That’s just not part of his M.O.” 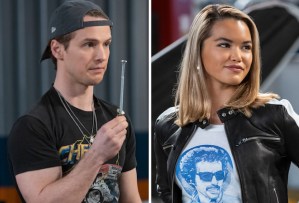 “Jake is trying to keep his seat, and Jessie is trying to take it,” Berelc teases. “They have a fun little rivalry throughout the season.”

As for Stroma, who most recently played Bridgerton‘s Prince Friedrich, getting to collaborate with sitcom vet James was only half the appeal of signing on for his first multi-cam.

“I haven’t quite done a character like Jake before,” he says. “I haven’t gone this broad or played this much of an imbecile, so it felt like something new and something fun… With NASCAR, it felt like a really cool mix.”

The Crew‘s 10-episode first season drops Monday. Will you be adding it to your Netflix watchlist?