Warning: The following contains spoilers for Tuesday’s episode of Zoey’s Extraordinary Playlist. Proceed at your own risk!

“I feel relief.” That’s how Simon concluded Tuesday’s winter finale of Zoey’s Extraordinary Playlist after a tumultuous and celebratory episode in which the marketing exec grappled with the consequences of calling out SPRQPoint for their racial bias and lack of diversity.

Following a difficult conversation with his friend/boss Zoey (get more insight on that here) and the reveal that employees across SPRQPoint’s many global offices share his feelings, Simon scored a win: The company’s board made a commitment to investing in BIPOC-owned businesses and diversifying its leadership positions.

“Moving forward in the season, we get to see Simon moving through the implementation of what has been happening at SPRQPoint,” actor John Clarence Stewart, who plays Simon, tells TVLine. “The leadership position changes in a way, and we get to see him doing the work of the thing, which I think is really important. … My hope is that, as we move forward, we’re still moving through what we’ve excavated in [Episode] 6, because the truth is, and I think we all know this, transformation is not born in a moment. Transformation is a process that happens over time, and process isn’t something to run away from. It’s something to be acknowledged and honored.” 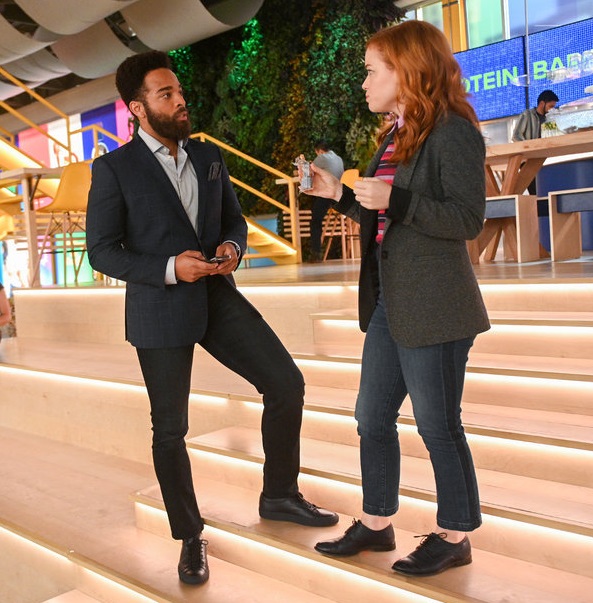 When the series resumes its second season on March 28, viewers will also discover “what the dynamic between Zoey and Simon becomes” after their fraught journey in this week’s installment, Stewart says. Although the season began with Simon singing “Are You Gonna Be My Girl?” to Zoey, what matters most now is not any potential lingering romantic feelings on Simon’s part. “It’s such a fissure of a moment that happens in [Episode] 5 and subsequently everything that happens in [Episode] 6. I think what we found at the end of [Episode] 6 is their friendship and their connection has survived and is, in some ways, very alive,” Stewart shares. “That said, I don’t think that the feelings have evacuated entirely, but I do think that things have changed. I think that Simon has changed. I think that Zoey has changed. They’ve both been through a lot [in] the first episodes this season, let alone before. So it’s going to be interesting, to me, who they are now and how their friendship evolves with the people that they are at the end of [Episode] 6.” 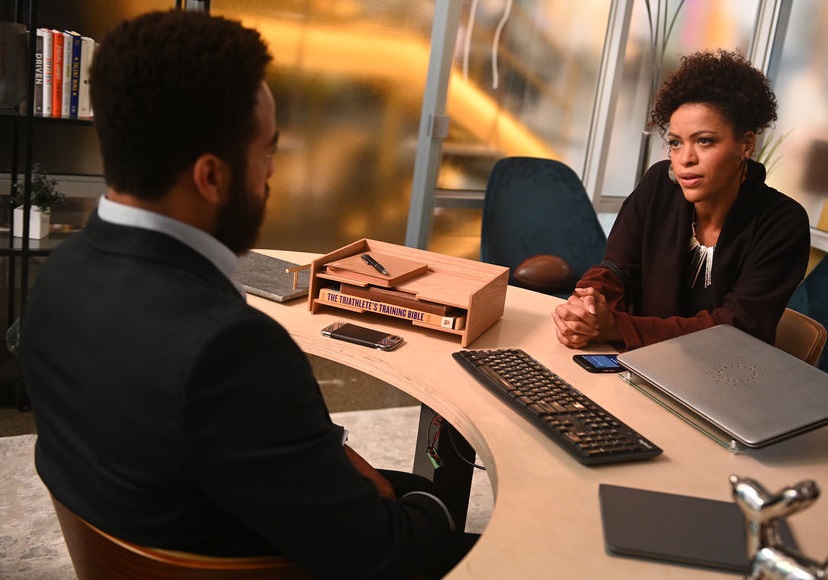 In the meantime, Simon has been spending lots of time with reporter Tatiana and going to her for advice — but are the two officially dating? “I’m going to leave that real, real vague,” Stewart replies with a hearty laugh, before adding: “I think that their relationship does deepen and has deepened. Simon doesn’t hang out with a lot of people. So it’s been really great for Simon to have someone like Tatiana in this world, in his life, who gets him and understands him and is also alongside him as a good friend so far.”

Whatever their relationship status, Simon and Tatiana can say they’ve shared a memorable dance. This week’s episode featured a big group musical number of Janelle Monáe and Big Boi’s “Tightrope.” “The joy and the exuberance, and also being able to have that many Black and brown bodies in a space, rejoicing, and excited and open and filled with light…. It transforms a space. It was a very singular moment for me,” Stewart raves. 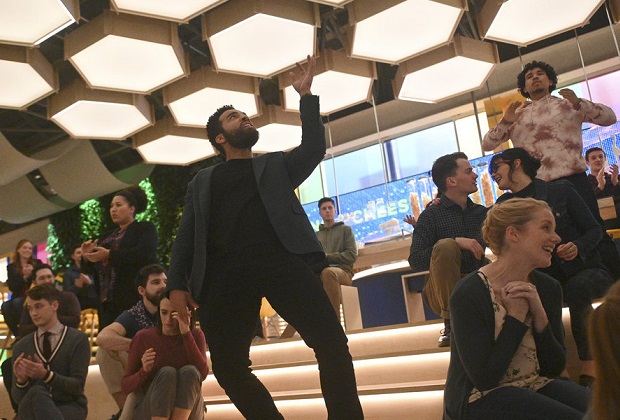 As for Simon’s solo of Michael Kiwanuka’s “Black Man in a White World,” Stewart collaborated with guest choreographer Luther Brown (So You Think You Can Dance) for his character’s powerful dance moves. “The beautiful thing about having Luther there is that as I’m speaking about what’s moving through me, we’re speaking in this similar way,” Stewart shares. “So the immediate thing that came into my mind was, ‘OK, it’s like ancestors are moving up, and I’m connected to this thing that’s moving me. Am I being moved? Or is something moving me? What’s happening?’ And he’s like, ‘Yes, the ancestors are moving you and just pushing forward in this way.'”

Adds Stewart: “It was phenomenal to work with [Luther]. He was instrumental in mining and finding what [all] the numbers became, and also giving me the freedom to create inside of the choreography, and the freedom to embody and explore and truly collaborate.”

Zoey’s Playlist fans, what did you think of the episode? Hit the comments with your thoughts and favorite musical performance!