Matt James went all Marie Kondo on the latest installment of The Bachelor. If a woman didn’t bring him joy, she had to go.

Of course, Matt, 29, eliminates women all the time at rose ceremonies. But this week felt more deliberate as he carved out time to say goodbye to two women in particular. First, Matt sorted out the back-and-forth between MJ and Jessenia. MJ, 23, a hairstylist from Ohio, started off as a strong contender, but she lost ground when she began lashing out at the five new women who joined the show in Week 3 by passive-aggressively calling them “junior varsity” and calling the original contestants, such as herself, “varsity.”

When Jessenia, 27, a social media marketer from San Antonio, told Matt what MJ had been saying, Matt took the women out for a two-on-one date to sniff out the truth. For added drama, producers left MJ and Jessenia alone while they waited for Matt to show up so they could bicker. “I didn’t put your character into question,” Jessenia told a defensive and slightly delusional MJ. “Your actions did.” 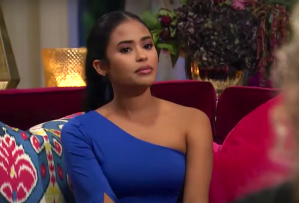 Matt arrived and took Jessenia to another room to hear her side of the story. It’s a process that included staring into her eyes, rubbing her leg and listening. Matt and Jessenia hugged, and then he took MJ aside to do the same thing. And perhaps it was MJ’s shifty eye movements, or maybe her legs felt rough to the touch because in the end, Matt believed Jessenia (who was telling the truth) and sent MJ home.

Exhausted from all that leg-rubbing and soul-searching, Matt canceled the cocktail party and went straight to the rose ceremony where he didn’t give roses to latecomers Ryan, 26, a New York choreographer, and Brittany, 23, the Chicago model whose reputation he defended just last week from rumors that she is an escort. Hmm. So much fuss, and for what? Brittany got promptly shown the door a week later. Sigh.

While it’s no surprise that Matt didn’t form a deeper bond with Brittany nor an unexpectedly tearful Ryan in such a short amount of time, it is disappointing that he bid adieu to Magi, the 32-year-old Ethiopian pharmacist. Beautiful, bright and bubbly, Magi has a lot to offer someone but not Matt, who clearly wasn’t feeling her like that. 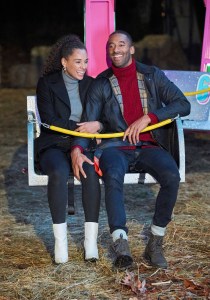 MATT’S BEST MOMENT | Matt’s one-on-one date with Pieper, 23, a grad student from Oregon, had a lot more romantic moments in contrast. This included renting out an empty carnival, playing games for prizes and kissing and giggling a lot. While it was weird that Matt said he was “rewarding” Pieper for her patience, the chemistry between them made up for his lack of eloquence.

MATT’S WORST MOMENT | Giving Katie a rose at the ceremony only to kick her off later is definitely a low point for Matt. Why waste a one-on-one with someone you don’t intend to keep around? That time would’ve been better spent with someone like Abigail, 25, or Chelsea, 28. Both are women Matt has shown an interest in, but neither has gotten a one-on-one with him.

THIS WEEK’S TRAIN-WRECK MOMENT | Heather Martin rolling up in a minivan to crash the show is terrible and silly. There is no point in adding this woman, who competed for Colton’s heart a couple seasons ago, to the mix. It clearly is going to make the other women upset — she interrupted Matt’s chat with Pieper — and they were just starting to heal from all the toxicity. Will these women ever know peace?

BACHELORETTE STOCK FALLING! | Serena C. is just kind of there at this point. She received the last rose at the ceremony, almost as an afterthought, and her bestie MJ is no longer on the show. Matt hasn’t even kissed her on camera. So, her days are numbered.