The CW is looking to make Super Bowl Sunday a little extra super with a new promo for the latest addition to the Arrowverse.

This new preview for Superman & Lois — which premieres with a two-hour event on Tuesday, Feb. 23 at 8/7c — puts the Kent family front and center. And despite what the soundtrack might suggest, things are far from “all right now.” Watch the minute-long video below: 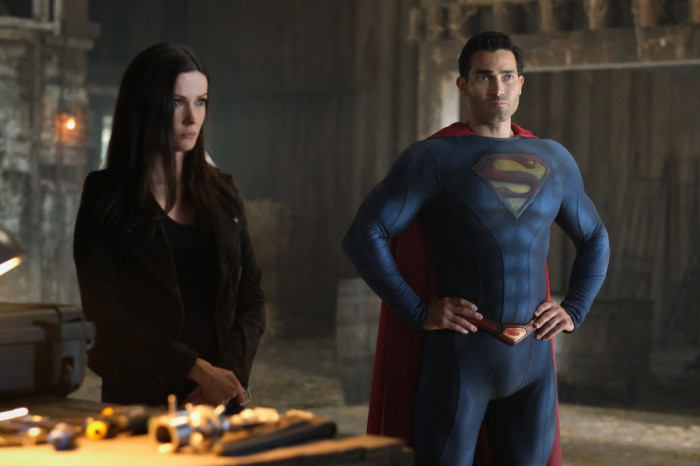 On the more nefarious side of things, the show pits Superman against The Stranger, a mysterious figure determined to prove that the world no longer needs the Man of Steel. We’ll also encounter famed business mogul Morgan Edge, though it’s not the Adrian Pasdar version you may remember from Supergirl. And then there’s Lois’ father Samuel, who’s really more of a jerk than a villain.

Hit PLAY on the video above for another early look at Superman & Lois, then drop a comment with your thoughts on the Arrowverse’s latest addition below.