Walker is getting a visit from his childhood best friend Hoyt (played by Valor and Hellcats vet Matt Barr) — but maybe this is one pal who should have stayed in the past?

In this Thursday’s episode (The CW, 8/7c), the Texas Ranger suspects that his BFF is on the wrong side of the law, leaving Walker “stuck between this rock and a hard place,” star Jared Padalecki previews. “He knows Hoyt, he knows Hoyt’s heart, he knows Hoyt’s a great person who would give you the shirt off his back and step in front of a bullet for you. But Cordell thinks he might be breaking the law.”

Below, Padalecki talks about transitioning from his long-running gig on Supernatural, his character’s Season 1 evolution and whether his former co-star Jensen Ackles will appear on the CW reboot.

TVLINE | I thought you would want to take a break after several seasons of Gilmore Girls, immediately followed by 15 seasons of Supernatural.
I did want to take a break. I did, I do. [Laughs] But then when this story and this character started to develop, I was like, “Aw, s–t. I love this. I would kill to be a part of this.” At this point in time in my life, if I wouldn’t beg to be a part of the show or a movie or whatever, then I’m just not interested. But with Walker, with what was going on, with being involved from day one, I was like, “Well, God, this is a really cool show that deals with really cool issues that I haven’t had the opportunity to explore yet and to portray yet.” I sort of steal from my character sometimes, and try and explore real-life Jared issues, whether it’s via Dean Forester on Gilmore Girls or Sam Winchester on Supernatural or now Cordell Walker on Walker. I’m like, “Whoa, let me go ahead and play this out, and see how I would react and see how I would feel.” So I think I’ve been very lucky. I know I’ve been very lucky. But I wouldn’t have come out of hiding for any show other than this one.

TVLINE | Do you ever have a moment where you think to yourself, “That was a little bit too Sam-like”?
I feel like Sam Winchester’s impact on me as a person will last forever. Cordell Walker is very different. I’m an actor, and so I’m trying to keep him very different and stay true to this new character. But Sam helped make Jared who I am today. So I’ll never really be able to get rid of him — and nor would I want to. I’m very proud of Sam, who he was, and I hope to play him again someday. But if Sam does help inform Cordell, then Cordell will be better for it. 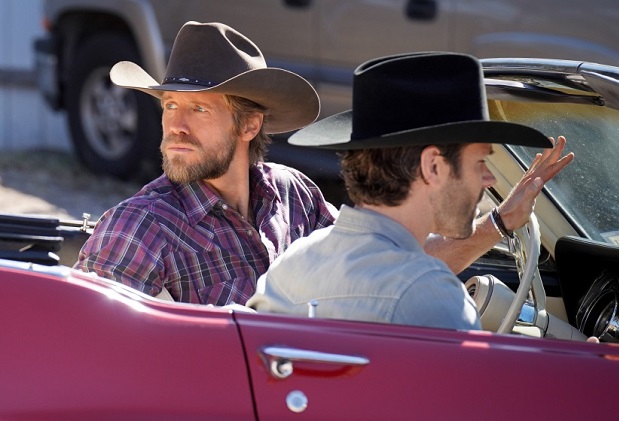 TVLINE | This week’s episode introduces Matt Barr as Walker’s best friend, and it sounds like Walker’s professional and personal worlds are going to start to collide more. What can you preview about that?
Matt Barr, who I love and who I’ve known for 13 [or] 14 years on a personal level, comes on to play Hoyt Rawlins, who’s a childhood friend. Cordell Walker and Hoyt Rawlins grew up together, they were best of friends, and one broke bad, one broke good. … Cordell thinks [Hoyt] might be breaking the law. But Walker also knows that Hoyt is a great guy. He loves his family, he loves his friends, he’s been there for Walker for many, many decades. And so Walker finds himself in this tough position, where he appreciates somebody and loves them as a friend, but might have to make the difficult decision to take them down.

TVLINE | Does having Micki as a partner and her point of view change the way that Walker views the Texas Rangers and his job as the season progresses?
It does. Walker learns a lot. Our Walker TV show explores the very real issues that we are dealing with in 2020 [and] 2021. He’s fortunate to be able to face the issues that other people have to deal with. Walker is a tall white guy, he’s a law enforcement agent, and he’s heterosexual. He sort of had life come to him with open arms. So getting to know characters like Micki or Trey… it’s showing him different people have different life experiences that lead to different kind of habits and stances on certain issues. Even though she’s his Junior Ranger, and she’s 10 years younger, he will learn and grow a lot because of [Micki].

TVLINE | There’s a mystery in the pilot surrounding Emily’s murder. How much is Walker going to be digging into that in the coming episodes?
Well, that is absolutely a mystery. [Laughs] A lot of my friends and family and my kids are like, “Who shot Mom?! Why did you let somebody shoot Mom?!” Walker seems to have finally found a place where he’s willing to let that go and try and move on. But he starts to find out that there are some asterisks and some things that just don’t add up, and he delves deeply into it, and we get into that as the season moves on. But he just wants to know who was responsible, who’s involved… For Walker, it’s more about closure than about vengeance. Walker is angry, he’s pissed. He wants to kill everybody who’s involved in her murder. But for him, he just needs to know what happened so he can move on and be with his kids in her honor. [It’s] not about just purely exacting vengeance. 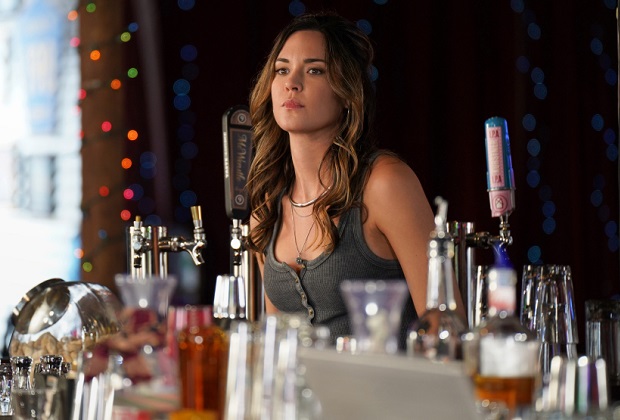 TVLINE | I don’t trust Odette Annable’s character. I can’t tell if she’s involved or she might secretly have feelings for Walker.
[Laughs]

TVLINE | And I couldn’t tell if I was imagining a vibe between Walker and her when they were dancing in the pilot.
Oh, funny. Well, Geri, Odette’s character, she, like Hoyt, is a lifelong friend of Walker’s and Emily’s. She was there with Emily the night of Emily’s murder, and so Walker starts to just really question and go like, “Well, does Geri know something she’s not telling me?” That’s something else we explore as the episodes go on. We’ll find out who Geri is. And Geri, also, is going through a loss. She lost her best friend. So they both don’t know how to deal with it, and they’re both trying to live their lives and move forward, but neither one grieves properly. So we’ll see Walker and Geri a lot more. 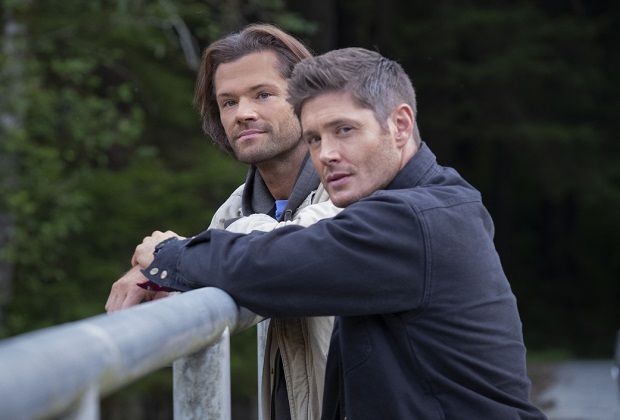 TVLINE | You have a couple of Supernatural vets in the cast with Genevieve [Padalecki as Emily], obviously, and Mitch Pileggi. How long before Jensen’s on the show or someone else guest-stars?
[Laughs] I cannot wait for Jensen to be on the show! He’s doing The Boys right now with [Eric] Kripke in Toronto, so he’s not even in the same country. But one of these days, he’ll have to come on and be my bow-legged friend. We’ll put him on horseback and give him a cowboy hat.