The previews leading up to this Monday night’s installment of The Bachelor certainly made it seem like Matt James planned to get rid of the show’s bad apples.

After watching Matt choose Season 25 villain, Victoria, over much nicer contestants week after week, it felt like all of her slights, verbal jabs and lies would never catch up with her. But they finally did. Victoria is finally gone. But first, Matt came in and let the women know what was on his mind.

“If you have to belittle someone else for you to shine, then those aren’t the qualities I’m looking for in my wife,” Matt announced in a very serious but nervous way, before taking aside Brittany, 23. After all, she was the one who Anna, 24, accused of being an escort in their hometown of Chicago.

Brittany talked to Matt about how the rumor made her feel, and even cried. She said the rumor could change the way her mother looked at her while watching at home. (Sigh. Really? But you said you’re not a sex worker so why would your mother be ashamed? This feels like such an antiquated concern for something that isn’t true. But maybe that’s our inner Twitter talking.)

Matt confronted Anna for what she did and though he heard her out, in the end he sent her packing. She cried and said she felt disappointed in herself, but it came across like an act. She and Matt never even kissed on camera and appeared to have little to no chemistry. Next!

Soon after kicking out Anna, Matt asked Ryan, 26, a choreographer from Brooklyn, how she felt about being on The Bachelor — and she said Victoria called her a ho. She too began to cry. Man, for a show where people swap spit and make out in every kind of hot tub ever invented, these women sure worry a lot about their perceived virtue. 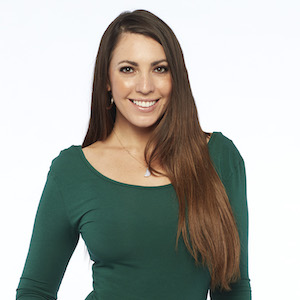 Matt then took aside Victoria, the self-proclaimed Queen, and questioned her about calling Ryan disparaging names. When she contended the insult was taken out of context, Matt intelligently asked in what context being called a “ho” is a good thing. Victoria fumed and acted all wounded, and yelled at the producers that she was insulted and hurt. Meanwhile, all of the other women laughed at her behind her back. She has no friends in this bunch.

And then bam, Matt handed out the roses and Victoria didn’t get one. Yay! Goodbye, Victoria! The only downside — and this seems like an odd thing to say considering how dreadful Victoria behaved — is that Season 25 will be a lot less funny without Victoria’s catty quips. There, we said. It’s not something to be proud of, but it’s true.

The other negative is that Matt didn’t give a rose to Lauren, 29, a corporate attorney from Miami, nor Mari, 24, the former beauty queen from Maryland. And both women deserved roses, more screen time and most of all, Matt’s consideration. 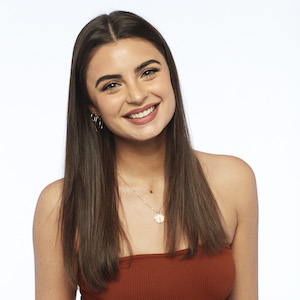 MATT’S BEST MOMENT | Matt’s one-on-one date with Rachael, 24, a graphic designer from Georgia, brimmed with romance and fun. The pair went shopping with the help of a stylist and Rachael walked away with some stunning designer dresses and a pair of red bottoms, aka Christian Louboutins. Um, wow! Matt and Rachael also clearly dig each other, and their chemistry is off the charts. Take note, Rachael is a frontrunner. The other frontrunner? Michelle, 27, the teacher from Minnesota. She’s the only one Matt kisses with his eyes closed.

MATT’S WORST MOMENT | Hmm, Matt’s choice to play around with MJ, 23, on the group date, only to leave her to run and make out with Pieper, 23, felt all kinds of wrong. Not that he has that kind of chemistry with MJ, and judging from his confrontation with her about her antagonism in the house, she’s probably going to be ousted. But still, respect these women’s feelings, Matt. It’s only fair.

THIS WEEK’S TRAIN-WRECK MOMENT | This distinction definitely goes to Victoria, who on her way out the door vowed to never date another man named Matt.  This is why her histrionics will be missed. Who even talks like this?

BACHELORETTE STOCK FALLING! | Sadly, Katie seems to be placing herself firmly in the friend zone. She’s been Matt’s confidante, telling him what’s going in the house and who the bullies are. But dude still isn’t kissing her. Maybe Katie, 29, will become the next Bachelorette. Shrug.

Are you admittedly said to see the Queen dethroned?