What would Silence of the Lambs be without Hannibal Lecter? The coldblooded cannibal genius played by Anthony Hopkins is one of the most iconic villains in film history — but, due to nagging rights issues, his name can’t even be uttered in CBS’ new drama Clarice, which follows FBI agent Clarice Starling a year after the events of Lambs.

The absence of Lecter and his indelible dynamic with Clarice leaves a huge void that Clarice (premiering Thursday, Feb. 11 at 10/9c; I’ve seen the first three episodes) struggles to fill. The result is a disappointingly run-of-the-mill procedural — another dark, grim Criminal Minds clone with a shiny brand name slapped on the front of it. 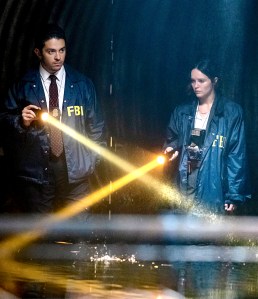 In the wake of catching serial killer Buffalo Bill, Clarice (played by The Originals alum Rebecca Breeds) is a tabloid sensation, but is content to stay out of the spotlight crunching numbers behind a desk and living on ramen noodles and Twizzlers. (She’s also lost touch with Catherine, the victim she rescued from Buffalo Bill.) But she’s called to D.C. by the new Attorney General — who’s also Catherine’s mother — and recruited to join a newly formed task force to catch serial killers. Clarice can’t seem to shake her lingering PTSD from the Buffalo Bill ordeal, though, along with her own demons from childhood.

The premiere kicks off a serialized story thread that finds Clarice untangling a conspiracy to silence whistleblowers, but that just serves as a thin excuse to keep Clarice on the job. Otherwise, the cases of the week are bland and often solved by Clarice magically getting criminals to blurt out confessions. (The Clarice of Lambs was a plucky everywoman, but here, she’s a crime-solving savant.) Co-creators Jenny Lumet and Alex Kurtzman both work on Star Trek: Discovery and Picard, so they’re used to revamping big-name brands. But the ghost of Hannibal Lecter looms large here: Without the good doctor to spar with, Clarice isn’t all that interesting. 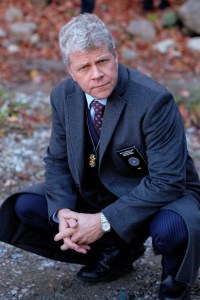 Breeds has a daunting task replacing Jodie Foster’s Oscar-winning performance as Clarice, and she does an admirable job. (She nails the West Virginia accent, for one thing.) But it’s hard not to feel like we’re being served a prettied-up, Hollywood version of Clarice, and it rings false that, given the strong bond she and Lecter had in Lambs, she’d barely mention him here. Meanwhile, the supporting cast is short on memorable characters. Kal Penn only gets to bark out exposition as agent Shaan Tripathi, and Devyn Tyler is mostly reduced to playing the “Black Friend” as Clarice’s sounding board Ardelia. Worst of all, Michael Cudlitz — a fine actor with a lengthy TV résumé — plays Clarice’s superior Paul Krendler, who speaks exclusively in hard-boiled cop clichés and exists only to be completely wrong at every turn. He’s not a character; he’s an obstacle, dictated by the plot.

The exploration of Catherine (Marnee Carpenter) and her residual trauma from her kidnapping does have potential: She still has Precious the dog, and keeps herself thin because Buffalo Bill liked larger women. But the show’s psychology is shallow, and too often confuses darkness for depth. It boils down complex issues like PTSD and childhood trauma and uses them just to add creepy color. Clarice’s battle to be taken seriously as a woman in a male-dominated field, such a key component of Silence of the Lambs, is relegated to a few throwaway lines here.

But Clarice isn’t also chasing Silence of the Lambs: It also pales in comparison to NBC’s magnificently strange Hannibal, which deconstructed and elevated the Thomas Harris novels with a vicious, flamboyant flair. (Years later, it’s still astonishing that it managed to air for three seasons on a broadcast network.) It may have been too bold and bloody for some to stomach (and that’s their loss), but Hannibal proved that, to successfully adapt a well-known property, one can’t afford to be timid. That’s ultimately Clarice‘s downfall: Like one of Lecter’s victims, it seems drained of all vitality.

THE TVLINE BOTTOM LINE: It may have the Silence of the Lambs brand name behind it, but CBS’ Clarice is a disappointingly bland and grim procedural.