Netflix is pulling the curtain back on Shadow and Bone — and revealing a premiere date, to boot.

The streamer announced Wednesday that its adaptation of author Leigh Bardugo’s Grishaverse novels will debut on Friday, April 23. And based on the collection of first-look images below, the series will match the book’s epic feel.

“These photos offer a glimpse into the expansive, textured world Leigh created in her books,” says showrunner/EP Eric Heisserer. “We worked tirelessly to craft a lived-in feel for fictional lands like Ketterdam and Ravka, with invented languages, uniforms, currency, and artistic choices from set design to costuming.” 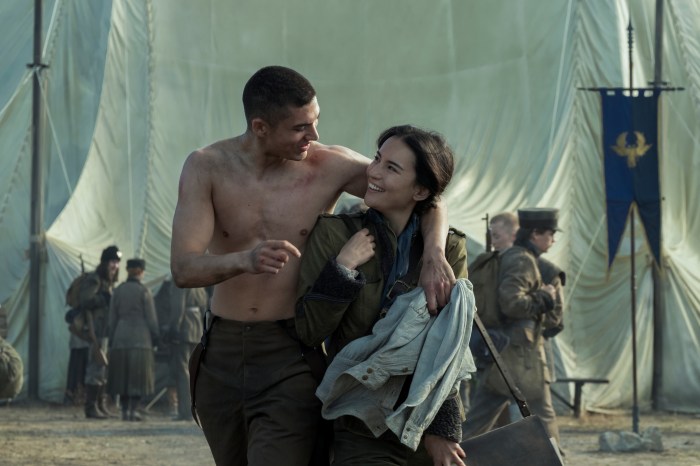 Shadow and Bone is set in a war-torn world where, per Netflix, “lowly soldier and orphan Alina Starkov (played by English actress Jessie Mei Li) has just unleashed an extraordinary power that could be the key to setting her country free. With the monstrous threat of the Shadow Fold looming, Alina is torn from everything she knows to train as part of an elite army of magical soldiers known as Grisha.”

“Shadow and Bone takes place in a very different kind of fantasy world,” explains Bardugo, who also serves as an EP. “Think Imperial Russia, not Medieval England, repeating rifles instead of broadswords. It’s a story about the people who have been told how much they don’t matter proving how much they do. And it’s been incredible to see that story take shape on such an epic scale, the battles, the magic, but also the relationships between the characters.”

Check out the photos in the attached gallery and then hit the comments with your snappy judgements.