All is not well in Westview.

Like hedge clippers to a cement wall, WandaVision‘s Jan. 22 episode, titled “Now in Color,” really began to chip away at the Disney+ series’ pleasant sitcom veneer. From neighbor Herb’s aforementioned, unnerving yard work to the intrusion of a stubborn stork, from the topsy-turviness that Wanda and Vision’s home went through as the birth of twin boys neared to Agnes’ concerns about “home”-less Geraldine, there were more signs than ever that something is askew in these suburbs.

The character of “Geraldine” (as everyone thus far knows her) was around for the series’ biggest nod to a specific MCU storyline, as new mom Wanda remembered her dearly departed twin — after which Geraldine remarked that Pietro was killed by Ultron. That moment of sharing seemed to trigger something in Wanda, who began firmly questioning her gal pal’s identity. Next thing we know, Vision comes home to find Geraldine suddenly absent, while viewers witness the character tumbling through some sort of digital “membrane” surrounding what we know to be Westview, landing nearby a military camp set up outside the perimeter. 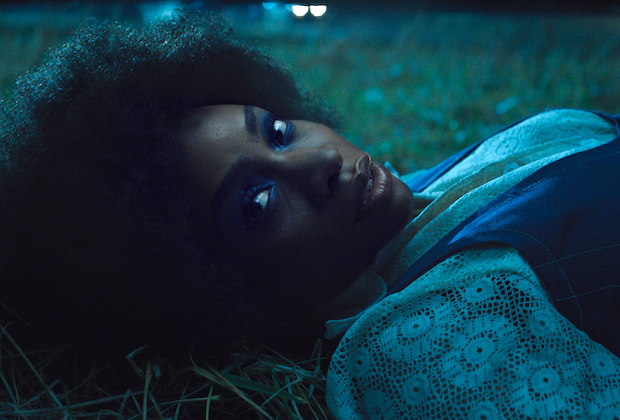 “The first couple episodes of WandaVision are very specific to the time period and the sitcoms,” notes Teyonah Parris, who plays Geraldine. “And what’s interesting in these first couple of episodes is that you do feel something’s amiss, something’s not quite right. Many characters are taking note of that; characters aren’t able to remember things, they aren’t able to quite put their finger on a thing.”

As suggested by the jarring final sequence, the mystery of what is really going on here — including, presumably, where Wanda and possibly Vision (who of course died in Infinity War) really are, and why — will only escalate over the next six episodes.

“Watching all of that unravel, and then come together later in the series, is going to be quite a ride,” Parris assures. “And I hope that you all tune in and ride this thing with us, because it will be well worth it. I know there are so many questions in the first couple of episodes, and just no answers, but we will get to it, I promise.”

One answer that seems to be imminent — and here we again throw up a SPOILER ALERT, even though Marvel Studios announced this back in July 2019 — is the truth about who Geraldine is. Meaning, Parris is actually playing Monica Rambeau, as in the grown-up daughter of Captain Marvel’s U.S. Air Force pilot Maria Rambeau. And judging by the pendant Geraldine was wearing, Monica works for (or at least is an asset of) S.W.O.R.D. aka the galactic version of S.H.I.E.L.D.

Previewing that upcoming shifting of roles, Parris told TVLine, “For Monica Rambeau, I definitely pulled from the comics and from Akira Akbar’s performance in Captain Marvel. I was trying to see not only what Akira was doing, but also what Young Monica’s relationship to her mother, Maria Rambeau (played by Lashana Lynch), and to Carol Danvers (Brie Larson), was — the influences that Monica might have gotten from those relationships. That was definitely a part of my personal process in embodying Monica.”

Alas, Parris’ freeness in talking about her actual WandaVision character (who will also appear in Captain Marvel 2) ends there. “That’s about as much as I can say about Monica until you’ve all seen more,” the actress shrugged, smiling. (With reporting by Rebecca Iannucci)