What is it they say about the best laid plans… they destroy your chances of winning reality TV shows? Or are we remembering that wrong?

On Wednesday’s episode of The Challenge, new Double Agents Jay and Theresa set their crosshairs on a major female competitor, and while they did successfully take out their target, they burned a whooole lot of bridges to get there. (Points for accuracy, head shakes for execution.) Here are the highlights of how it all went down.

Having made friends with the new female rookies, Theresa plays both sides of the house. While Aneesa may be in the dark on her friend’s sneaky moves, Nany sees right through it, and based on their complicated history, she doesn’t trust Theresa for a second. Lolo calls out Theresa for throwing her friend Aneesa into elimination last week, and tells her that the entire house sees her shadiness. Theresa keeps cutting the Olympian off, which infuriates Lolo, who advises her to have some conversations and do some damage control.

Meanwhile, Lio discusses how the stress of the house triggers his childhood feelings of living in a group home. He ultimately decides to quit. TJ, who’s notorious for hating quitters, surprisingly says he respects Lio’s decision, because the players’ health is more important than competing. (My, how 2020 has changed us all!) Despite Lio’s reasoning, It’s hard not to be bummed out at the amount of players who’ve been sent home for injuries, quits and the like. Can we have some more actual eliminations please?

CHALLENGE ACTIVATED | In Smuggle Run, duos must carry a heavy capsule on a five-mile race with checkpoints to complete along the way. Since Gabby and Devin are both without partners, they become a new team.

Many of the weaker duos start to struggle early on in this challenge, with Big T more or less proving she will never be able to handle a final.

At the first checkpoint, teams must push the capsule through a hole in a wall and use it to climb over. The next is a math puzzle, and while ex-cheerleader/brainiac Ashley is in her element for both, Theresa and Jay wind up taking the lead and winning the entire challenge! Not bad for a small-statured duo that isn’t even close to being some of the bigger competitors this season. 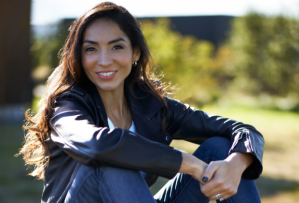 DELIBERATION | Back at the house, Theresa tells Ashley she wants to “f–k some bitches up,” and like clockwork, Ashley’s paranoia takes ahold. But this woman’s a winner for a reason because her hunch is spot-on: Theresa vies for the entire house to vote Ashley into elimination. (Guess she doesn’t want to get her own skull? Odd choice.)

At the house meeting, Ashley defends her spot, telling the guys that if they keep all the weak girls until the end, it could come back to bite them in the final. The house votes, and the Double Agents learn the compromised agents are indeed Ashley and Cory.

THE CRATER | TJ calls Ash and Cory down to the sand, and the two are blindsided. Cory calls everyone snakes, while Ashley says, “Everyone lied straight to our faces, TJ. I don’t know who I can trust anymore in this game.” It comes time for the Double Agents to vote another team down, and they choose Kam and Kyle… whom Theresa and Jay specifically promised they wouldn’t pick. That is some sloppy social game right there, folks!

TJ then throws everyone a curveball. “Tonight is a very important elimination round, especially for the men,” he says, causing everyone to react in shock, before continuing, “… to watch their partners.” Man, even TJ is being shady as hell this week! Something’s in that Icelandic water, I tell you.

In Dead Ringer, Kam and Ashley start on raised podiums. The aim of the game is to swing their way around to land six metal rings on hooks all around them. The horn blows and both women seem to struggle with getting momentum, but Kam figures it out quickly and lands her first two rings. Once Ashley gets her groove going, it’s too little, too late: “Killa Kam” seals the deal, earns her coveted Gold Skull and sends Ashley home for the second time this season.

Theresa calls this whole shebang a plan that was executed, but what she and Jay really did was piss off the entire house. And Jay knows it. In an interview, he already seems to have regret for their stupid, rookie-level move.

Kam then has her pick of all the gents, but decides to stay with her buddy Kyle. Cory remains a Rogue Agent.

Tell us, Challenge fans: How screwed are Jay and Theresa going forward, and were you rooting for Killa Kam or Millionaire Mitchell in the elimination battle? Drop your comments below!