We’ve waited a long, long time, Riverdale fans, but it’s finally here: Archie and his pals are going to their senior prom.

After four seasons of high school — and a lengthy shooting delay due to the coronavirus pandemic — the Riverdale teens are getting ready for their last dance at Riverdale High as Season 5 premieres this Wednesday (The CW, 8/7c). And even the actors got sentimental, star KJ Apa (who plays Archie) tells TVLine. “I remember shooting those scenes, and really thinking, ‘Man, this is going to be the last prom of Riverdale, you know? Where we’re all together, and also in high school.’ So I do remember really wanting to hold onto that feeling and live in that as much as I can and be as present as I could on that day of shooting, just because I knew we wouldn’t be able to shoot something like that again.” 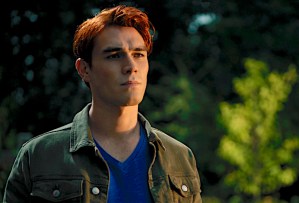 Indeed, Riverdale is taking a bold step forward later in Season 5, with a time jump of seven years that picks up with the gang now grown up and at very different points in their lives. Apa admits that he and his co-stars were “pretty excited” to get a chance to leave high school behind and play more mature storylines. “I feel like this is the kind of thing the show needed to kind of freshen up all the characters,” he says, adding that “the new world of Riverdale, now that we are playing older characters, has changed a little bit.”

That might actually be an understatement, because Apa goes on to lay out in detail just how much Riverdale has changed after the time jump. “We learn that everyone kind of went their separate ways. Archie enlisted in the Army after graduation, and when he returns, after all that time in the Army, he discovers the town is on the verge of becoming a ghost town, thanks to Hiram.” So we can expect the old rivalry between Archie and Hiram to be renewed, it seems.

Riverdale: 22 Flimsy Excuses the Show Has Used to Get Archie's Shirt Off 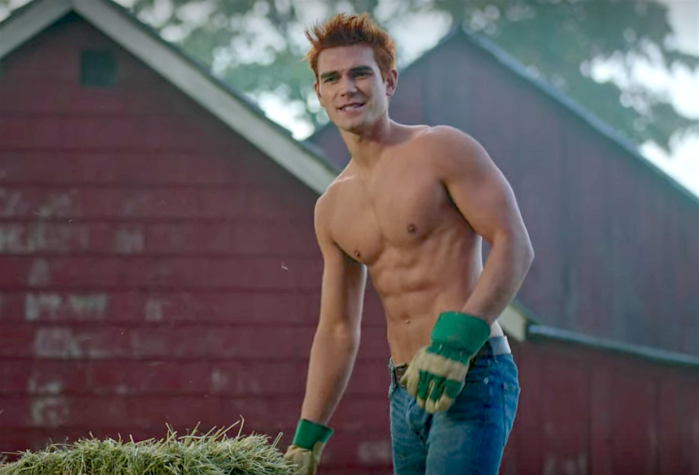 Archie and his high school friends all return to their hometown after years apart, he hints, “and they talk about how they can revive the town again. Archie very much takes the lead on this. He came back and saw Riverdale turning to s–t pretty much, and he’s like, ‘There’s no way I’m going to let this happen.’ So he wrangles the whole team in, and they figure out ways to revive the town, and the best way to do that is through Riverdale High.”

Hmmm, Riverdale High, you say? So can we expect to see Principal Andrews and new English teacher Jughead Jones, maybe, with a fresh crop of high school students bringing their own drama and conflicts? The future of Riverdale is looking bright after all.

Riverdale fans, grab a booth in the comments below and give us your thoughts on what’s coming after the time jump.