THE PERFORMANCE | Through the first two episodes of Disney+’s Marvel series, there’s not a single cast member who hasn’t impressed us with their commitment to the retro sitcom style. Elizabeth Olsen is terrific as this alt-universe Wanda, and Kathryn Hahn and Teyonah Parris, among others, make excellent additions to the Marvel realm.

But with his fearless physical comedy and a top-notch “drunken” performance, it’s Bettany that captured our attention most in WandaVision‘s second episode. The set-up was simple: In the Bewitched-esque sitcom outing, Vision accidentally swallowed a piece of Big Red gum, causing his internal synthezoid gears to go all wonky. The result, in perhaps the funniest scene of WandaVision‘s two-episode debut, was Vision acting as though he’d just downed a fifth of liquor, all while he and Wanda tried to perform a magic act at the neighborhood talent show.

Bettany’s sitcom iteration of Vision is already so different from the Marvel film character we’ve come to know, goofy and animated as he is in this strange TV world. But inebriated-on-chewing-gum Vision was an even bigger departure, and Bettany leaned into it at every opportunity. It’s hard to decide which aspect of the performance tickled us most: a dopey Vision stumbling around the stage (“I’m so sorry, excuse me,” he said to a staircase banister after crashing into it); his hysterical frustration at not being able to find the playing card his friend had chosen from the deck; or the way Vision unintelligibly slurred, “The cabinet of mysteries!” while introducing his and Wanda’s final act.

Given the disconcerting nature of Wanda and Vision’s sitcom life, there’s no doubt more dramatic material is coming for Bettany and Olsen. But in the meantime, Bettany’s enthusiastic comedic performance was an utter delight, bringing an old-fashioned, nostalgic charm that we never quite expected from a Marvel series. 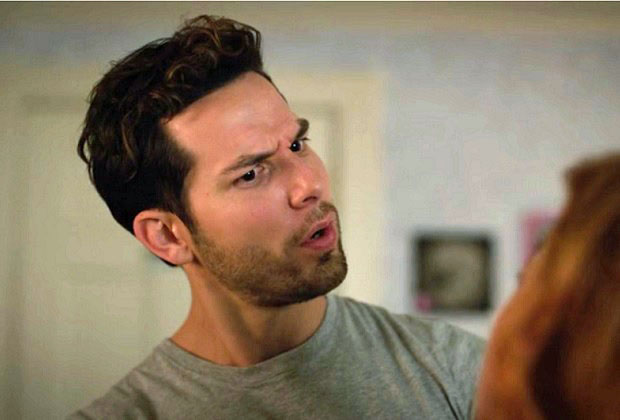 HONORABLE MENTION | We’ll never hear “Take Me Out to the Ball Game” the same way again after this week’s Zoey’s Extraordinary Playlist, which used the tune as the soundtrack for Max and Zoey’s first time together. Upping the absurdity of the moment was Skylar Astin‘s hilariously flummoxed performance as Max realized he had unwittingly segued from the classic baseball song to the smooth sounds of Boyz II Men’s “I’ll Make Love to You.” Astin effortlessly volleyed between the two wildly different musical numbers, while expressing his character’s frustration at his predicament with a comedic flare that had us in stitches. Then Astin brought a sweetly vulnerable quality to Max’s concerns about Zoey’s powers, leading the couple to perform a swoon-worthy duet of “A Moment Like This.” That’s three song numbers, countless laughs and one moving confession, all impressively delivered by Astin during a seven-minute set. Extraordinary, indeed. 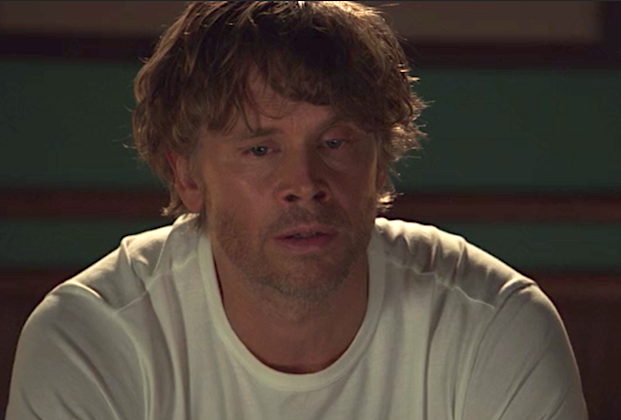 HONORABLE MENTION | No one — repeat, no one — likes to see “Party Marty” feeling defeated. But we do enjoy the performance that a diffident Deeks draws out of NCIS: Los Angeles‘ Eric Christian Olsen. After a rough day at FLETC, where “gramps” felt every bit his age among the younger trainees, a creaky Deeks hopped on the phone with Kensi. “I’m not going to lie, baby — I’m actually struggling,” he reported, as Olsen tapped into his alter ego’s rarely seen subdued side. Summing up the multi-pronged reality check he has been dealt this season, he somberly said, “It’s like this bus that comes out of nowhere and slams into you, and takes away your energy, your youth, your job, your bar and… virility.” Kensi barely knew what to say, hearing the hubs like this, but her reminder that “there’s no crying in FLETC” restored Deeks’ sunny smile, if only for an instant. 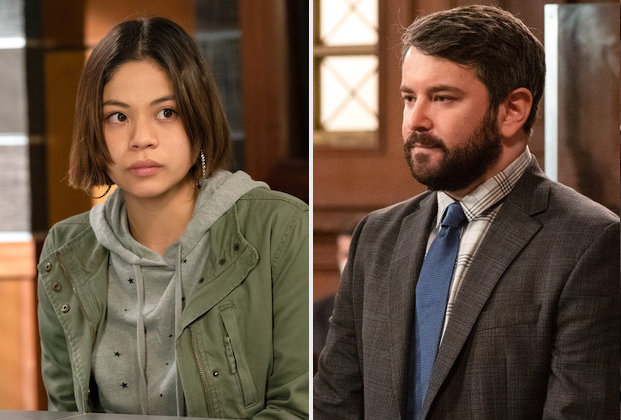 HONORABLE MENTION | Law & Order: SVU‘s “#BroadwayOnSVU” mission, to guest-cast New York stage actors unemployed by the pandemic, this week saw a pair of Tony nominees — Eva Noblezada (Hadestown) and Alex Brightman (Beetlejuice) — exploring the plight of a cam girl whose “ravishing” role-play took a dark turn. Noblezada’s Zoe was camming as “Kendra Dream” when Brightman’s Gabe, a longtime fan, invaded her apartment and raped her. Nabbed by Benson & Co., Gabe insisted that he and Zoe had been in a real “relationship” — and worse, he got to act as his own lawyer — setting the stage for unnerving run-ins where Noblezada had us feeling Zoe’s repeated sense of violation, while Brightman toggled between cunning paralegal and disillusioned cretin. When Zoe, during cross, refused to read back a declaration of “love” that Kendra had made, Noblezada had us applauding her fortitude, while Brightman’s outburst that followed still has us shaking.