If you’ve spent any time at all in Stars Hollow, the plot of Netflix’s new series Ginny & Georgia might sound kind of familiar.

The streamer released a series of first-look photos for the hour-long dramedy on Thursday, along with a premiere date: The 10-episode freshman season will debut Wednesday, Feb. 24. Ginny & Georgia stars Antonia Gentry (Raising Dion) as Ginny, an awkward 15-year-old girl who often feels outshined by her vivacious 30-year-old mom Georgia, played by Brianna Howey (Batwoman, The Exorcist). Do you hear that, too, Gilmore Girls fans? Yep, we’re definitely sensing some Lorelai-and-Rory vibes here.

Georgia moves her family to a picturesque New England town (also like Gilmore Girls!) to give them “something they’ve never had… a normal life,” per the official description. “But it’s not all carpool and kombucha as Georgia’s past follows them to threaten her and her family’s fresh start.” Based on the attached photos, it looks like Ginny has to go through the usual adolescent growing pains, while Georgia dips her toe into the local dating pool. 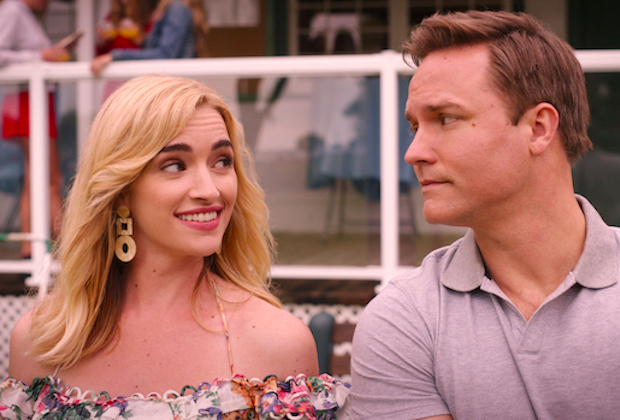 Check out the gallery to the right — or click here for direct access — to get your first look at Ginny & Georgia, and then hit the comments below to share your first impressions.