This week on SEAL Team, the search for kidnapped Ray grew more and more desperate, leading at least one team member to decide to cross some lines.

Since we last tuned in four weeks ago, three days have passed since Bravo just barely let Ray slip through their fingers. They have in that time chased four leads, only to hit four “dry holes.” As Jason & Co. fret that Ray’s captors will learn he is U.S. military and thus realize his true value, we see Ray being led down a shadowy hall and made to kneel before a video camera, as a bearded captor practices holding a knife to his throat while reciting a speech.

When Jason leans on Davis for a new package to act on, she explains that casting a wider net has led to weaker intel — that said, she did hear the name of the city Sousse come up, though she has been unable to connect any dots. In fact, when she brings the flimsy lead to Bravo, she is met with much skepticism, seeing as there is no proof that a tobacco shop in Sousse has any connection to Ray’s abduction and imminent barter. Given a choice between waiting for the go-ahead on Target A (an actual player with ties to Ray) or the sketchy tobacco shop, Jason chooses the latter, ordering 30 and other naysayers to “quit bitching and jock up.” Blackburn does nudge Jason, though, to duly consider where he is leading Bravo on this one-and-done op.

Ray meanwhile scouts out the dank room he is locked inside, then slowly works at a grate by the floor, looking to pry a piece of metal free. A second prisoner, named Zied, is hauled in, and though Ray is rightly guarded a first, he eventually allows a bond to form, as the new arrival worries for his own young child back home. 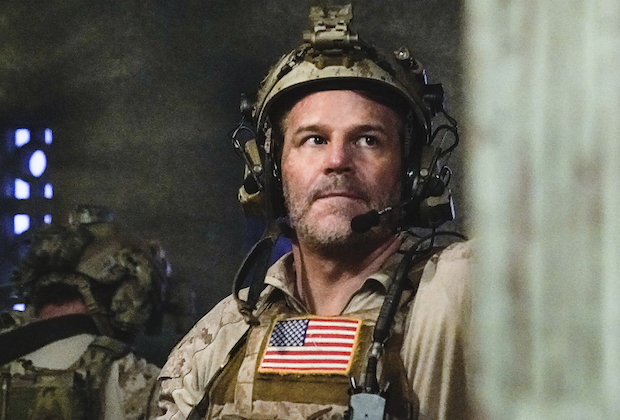 Bravo storms the tobacco shop, finding about a dozen people sleeping on the floors inside — but no clear signs (e.g. weapons) that they are part of any grander scheme. Until, that is, they see  that one of the guys who had been sleeping on the office floor (and thus likely was an employee), Faraz, had on Ray’s watch. When no amount of grilling turns up info, they send Faraz back with the others, at which point they realize that the one named Nasri is in fact in charge. Nasri, however, fears what the terror cell will do to him if he talks, more than he fears Jason & Co.  With the clock ticking and Havoc pushing Bravo to cut bait, Jason calls for a “buzzer beater” and makes the well-disputed decision to use EIT (enhanced interrogation techniques) on Nasri.

When Clay expresses clear opposition to the extreme action, Sonny half-heartedly argues that “turnabout is fair play,” that their enemies would not think twice about doing it to them. Jason in turn contends, “If we don’t sink to their level,” they’ll have no shot at finding Ray. When Clay warns that every good thing Jason has done for Bravo will be erased by this one brash action, Jason replies that there is no honor in letting Ray’s family think they didnt do everything they could to save him. “Ray wouldn’t want this,” Clay suggests, reminding Jason of their code. To which Jason shrugs, “Then it’s a good thing Ray isn’t here.”

Jason hauls Nasri into a private room, duct-tapes his hands to the chair arms and begins fidgeting with clippers to lop off a finger (I think?), while Sonny looks on. Meanwhile down the hall, Clay frantically works on Faraz, finding common ground in how they each do their best only to get infuriatingly overruled by their bosses. When Clay repeatedly dismisses Faraz as but an “errand boy,” whereas Nasri is the true “player” who will get all the glory, Faraz blurts out that it was his idea to move the American the afternoon before, to Port El Kantaoui. With good intel to now work with, Clay quickly updates Jason, who Sonny says had only “walked up to the line” but didn’t cross it. The room got a very noisy tossing, however.

Ray, meanwhile, has wrested free a scrap of metal and started to hone it, when he and Zied get led down the hall/video camera yet again — except this time, a worried Ray notices, the terrorist holding a knife to Zied is different. And sure ’nuff, Zied’s throat is slit, his blood splattering onto Ray. When Ray is led away, he realizes, defeatedly, that the static they had heard was not a radio to possibly call for help with, but a TV that isn’t getting any reception — because, the camera pans up to show us, he is in fact being held in the belly of a cargo ship at sea….