CNN, for starters, has announced that The Lead With Jake Tapper will be expanding to two hours, while Dana Bash will now co-anchor Sunday’s State of the Union with Tapper. (The Situation Room With Wolf Blitzer will now run just an hour.)

Other changes include (but are not limited to) the promotion of Kaitlin Collins to chief White House correspondent, while Jim Acosta transitions to chief domestic correspondent and Pamela Brown becomes senior Washington correspondent/will anchor CNN Newsroom on weekends. 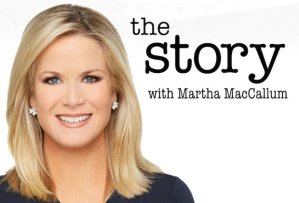 Kicking off the schedule will be a new two-hour edition of America’s Newsroom, with its founding anchor Bill Hemmer joined by co-anchor Dana Perino. Additionally, John Roberts will be joined by Sandra Smith in helming a new two-hour news program, titled America Reports. (Roberts’ replacement on the White House correspondent team will be announced at a later date.)

Martha MacCallum’s The Story will move to 3 pm ET, followed by Neil Cavuto’s Your World, The Five and then Special Report With Bret Baier. A rotating group of opinion hosts will helm the 7 o’clock hour, to be titled Fox News Primetime.