When viewers last checked in with Chicago Fire, Casey and Brett had finally taken their dynamic from a simmering “will they or won’t they?” vibe to a fiery “let’s get hot and heavy on the couch” make-out session. But before things could go too far, they were interrupted by the G-word: Gabby.

Hitting pause on the steamy action, Brett broke away to ask Casey an important question: If his ex-wife came back and asked him to leave with her, would he go? Unfortunately for the would-be couple, Casey didn’t really have an answer for Brett beyond “I don’t know.” The paramedic then thanked him for being honest and politely asked him to leave.

Coming into this Wednesday’s new episode (NBC, 9/8c), “they need to talk,” showrunner Derek Haas concedes. “The two of them work together, obviously, so you can’t just resolve the situation and act like it didn’t happen when he said what he said, and then she said to leave. So they’re going to have to talk, and we’re Chicago Fire, so you don’t ever get a conversation fully done before the bells go off and something happens.”

But even though duty calls, “they are going to talk it out,” Haas affirms, “and they’re going to have to talk about the big G, which is looming over them.”

And should that conversation not go so well, there’s nothing like releasing one’s frustrations through… smash therapy? “There’s a pretty great scene with Brett and Mackey out on a call, where the words ‘smash therapy’ are used, and Brett gets some of her stress out on the call,” Haas previews. 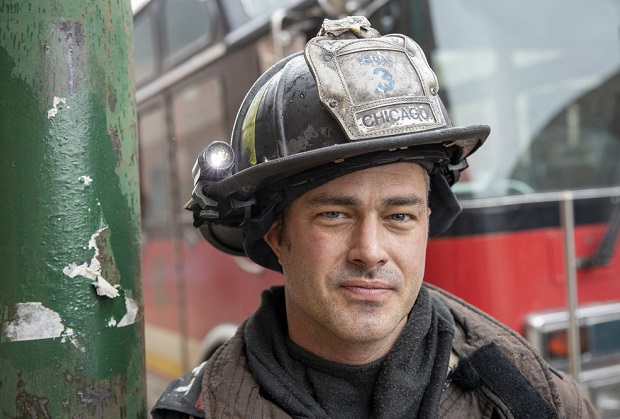 As for Severide and Stella, the firehouse’s actual couple, they’re still in “a good place” — for now. “She’s going to take the lieutenant’s exam. That’s the plan this season, and he has volunteered to help her,” Haas says. “But in this upcoming episode, there’s going to be a chief with a different agenda on his mind, and Severide’s going to end up having to handle some scuttlebutt that’s happening with regards to Kidd taking the test.’

Elsewhere in the hour, “there’s a really good story where Mouch questions his own shortcoming on a call, and of course, there’s a guy that’s going to be in his corner no matter what, and that’s Hermann,” Haas shares. “You’re going to see a further strengthening of the bond of brotherhood between Mouch and Hermann over the course of this season.”