The Office saved Jim’s most elaborate prank on Dwight for last — and now, we finally get to see it.

In celebration of the comedy’s move from Netflix to Peacock, NBCUniversal’s streaming service has released an unaired cold open, which was cut from the 2013 series finale for time. 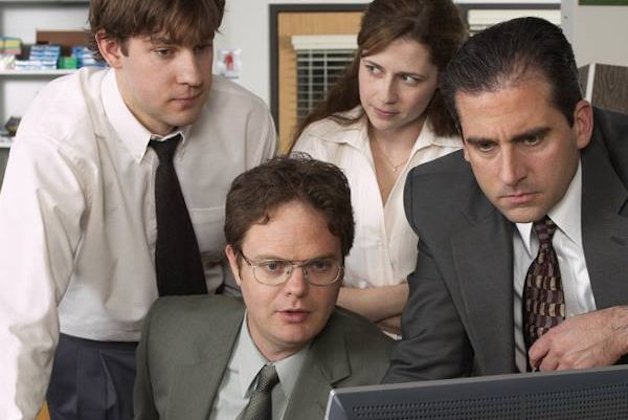 The five-minute scene, embedded below, finds Jim and Pam collaborating — and spending several hours training a black cat — to convince Dwight that the Matrix films are now his reality. We won’t spoil the prank’s result for you, but in addition to the well-behaved cat, the stunt includes a Dunder Mifflin warehouse employee and his identical twin, intimidating men stationed at Erin’s reception desk, and security guard Hank (the late Hugh Dane) channeling Laurence Fishburne.

And though the Matrix prank is among Jim’s most detailed and time-consuming jokes on Dwight, we’ll leave you to decide how it stacks up against other pranks like Jim’s “Casino Night” telekinesis, his Pavlovian Altoid experiment and his unforgettable Dwight impersonation, all of which made our list of The Office‘s best cold opens ever.

All nine seasons of The Office are streaming on Peacock as of Friday; the first two seasons are available for free, while Seasons 3-9 are only accessible to Peacock Premium subscribers, who can also view bonus content like extended “superfan episodes,” behind-the-scenes footage, curated episode collections and The Office Zen, a channel providing 24/7 ambient noise for viewers working from home.

🚨 This is not a drill. 🚨 Presenting a never-before-seen cold open from #TheOffice!