Dawn Wells, who played Kansas-born farm girl Mary Ann Summers on the classic TV sitcom Gilligan’s Island, died peacefully on Wednesday as a result of complications related to COVID-19. She was 82. 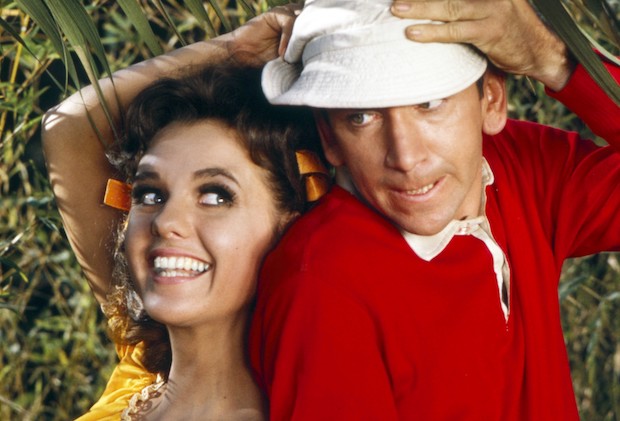 Prior to her three-season existence as one of Gilligan’s hapless castaways, Wells — a Reno native who in 1959 represented Nevada in the Miss America pageant — guested on numerous TV series including Maverick, Wagon Train, 77 Sunset Strip and Hawaiian Eye.

Gilligan’s Island premiered on CBS in September 1964, and ran through April 1967. Wells, who had beat out 350 other actresses to play wholesome Mary Ann, also appeared in the follow-up TV-movies Rescue from Gilligan’s Island (1978) and The Castaways on Gilligan’s Island (1979) — the latter of which saw Gilligan & Co. get re-stranded on the same island, get rescued, and then turn the isle into a vacation destination.

As noted in TVLine’s guide to the Best TV Theme Songs of the 1950s/1960s, “The Ballad of Gilligan’s Isle” (written by series creator Sherwood Schwartz and George Wyle) underwent a slight yet meaningful tweak after Season 1, when series lead Bob Denver (who passed away in 2005) insisted that the lyrics replace the dismissive “…and the rest” with “…the Professor and Mary Ann,” so as to give proper billing to the characters played by Russell Johnson and Wells.

Following her assorted island misadventures, Wells guested on series such as Bonanza, Vega$, a special Roseanne episode that paid tribute to Sherwood Schwartz, The Epic Tales of Captain Underpants (voicing Gumbalina Toothington), and The Bold and the Beautiful.

On stage, has starred in more than 60 theatrical productions, including the national tours of Chapter Two and They’re Playing Our Song.

In honor of Gilligan’s Island‘s 50th anniversary, Wells released A Guide To Life: What Would Mary Ann Do?, in which she wrote about the meaning of the Mary Ann character and the cultural shifts that have occurred since she was on the island. 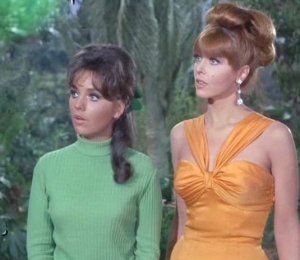 Update: Tina Louise, who played movie star Ginger Grant and is now the only surviving Gilligan’s Island cast member, told the New York Post, “Dawn was a very wonderful person. I want people to remember her as someone who always had a smile on her face…. We were part of the wonderful show that everyone loves and has been a great source of comfort, especially during these times.”

As for the age-old “Mary Ann or Ginger?” debate, Louise waved it off, saying, “There’s a character [on Gilligan’s Island] for every person. Everyone can identify with a different person.”