Ever had a year so terrible that you actually wanted to bury it? We have now… and thankfully, a bunch of big-name stars are here to help.

Netflix is giving this cursed year the rotten send-off it deserves with Death to 2020, a comedy special from Black Mirror writers Charlie Brooker and Annabel Jones that debuted Sunday on the streamer. It takes the form of a mockumentary retrospective of the year that was, with various fictional talking heads looking back at 2020’s biggest events. But some, like Samuel L. Jackson’s newspaper reporter Dash Bracket, wonder if it’s even worth the time and energy to rehash a year like this: “Why in the f–k would you want to do that?” 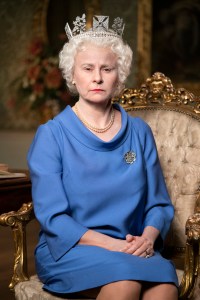 We start in January, when things still seemed relatively normal… if “normal” means raging Australian wildfires and other creeping signs of climate change. That spurred tech billionaire Bark Multiverse, played by Kumail Nanjiani, to build himself a huge survival bunker carved into a mountain. (“Don’t people call you selfish?” “I don’t know. It’s soundproof.”) We also get Tracey Ullman playing Queen Elizabeth II, reacting to the news of Prince Harry and Meghan leaving the royal family. They moved to “America,” the Queen sniffs, “where race has never been an issue at all.”

Meanwhile, the coronavirus starts to creep into the news, with the gravity really setting in once Tom Hanks and Rita Wilson tested positive in March. But UK Prime Minister Boris Johnson was still insisting that we all just needed to wash our hands a lot, and President Trump was still saying it would all just disappear. (He thought it was “one of those things that go away if you ignore it, like a wasp or a wife,” Hugh Grant’s stuffy history professor Tennyson Foss notes.) Plus, we meet millennial gig worker Duke Goolies, played by Stranger Things‘ Joe Keery, who claims to have known about COVID in the “pre-Wuhan days, when it was still inside bats.” The new economy has forced him to take up new gigs… like DJ-ing gender-neutral gender reveal parties on Zoom. 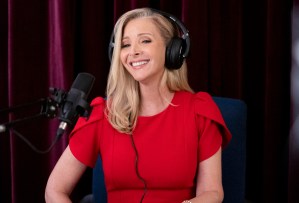 This was also an election year, of course — who could forget? — and Lisa Kudrow plays chipper Trump staffer Jeanetta Grace Susan, who blatantly lies to the camera while loudly complaining about “fake news.” As Trump keeps downplaying the pandemic and anti-lockdown protests crop up, we meet “regular soccer mom” Kathy Flowers, played by Cristin Milioti, who got into radical conspiracy theories through her social media feeds. She relied on Dr. Fauci for her coronavirus updates at first, “but that was before I knew he was an actor.” The outbreak also forces the Queen to do a rare address to the nation: “Defeating this enemy requires us to bravely cower indoors.”

On top of all this, the murder of George Floyd sparks protests against racial injustice worldwide; Tennyson Foss still stubbornly clings to “all lives matter,” even though it’s cost him all of his friends and family. Kathy, of course, was featured in several viral videos harassing Black people, while Duke tried his best to be woke: “I sent a lot of friend requests to Black people, and I even learned how to pronounce their names, even if it was difficult.” As the lockdowns continue, even the Queen looked to Netflix for entertainment. She doesn’t browse the home screen herself, though: “My footman does that for me.” But she does prefer The Crown to Tiger King: “That man is from no regal line I recognize.”

The news starts hitting fast and furious at this point: Joe Biden selects Kamala Harris as his VP; Ruth Bader Ginsburg dies and Trump nominates Amy Coney Barrett to take her place; Trump himself tests positive for COVID and is hospitalized for several days. It’s all bewildering and overwhelming, and an everyday Brit played by Diane Morgan watches it all like it’s a TV show: “It’s totally mental.” As Foss puts it, “the history books covering this era will have to be written in crayon. By a dog.”

Soon it’s election night, and British observers are baffled by the arcane American election system. (“It’s the most boring game show ever. No wonder they only broadcast it once every four years.”) Biden is declared the winner, Kathy Flowers thinks the election was stolen — and Jeanetta jumps ship to become a Biden booster, claiming she never supported Trump in the first place. As 2021 dawns, there’s fresh hope with a coronavirus vaccine (although Kathy isn’t going anywhere near it), and besides, this year wasn’t all bad, at least for Tennyson Foss. “I got in touch with some old university chums, and we have started a Zoom barbershop quartet.”

Give Death to 2020 a grade in our poll below — remember, you’re grading the special, not the year — and then hit the comments to share your thoughts.