THE PERFORMANCE | As intense as her performance was during the Episode 6 meltdown, the dramedic thriller’s eighth and final episode gave Cuoco something new and differently engaging to do: play Cassie Bowden as someone just a bit more sober, and thus a bit more able to sincerely engage with those around her. And we were rapt.

Take the scene in which Cassie caught up to fellow fly girl Megan at her Rome hotel room, to finally be honest and recognize the fact that after so many years of traveling the world together, yes, they are absolutely “friends.” What could have come off as a platitude was so much more, because of the way Cuoco warmly played the declaration. Similarly, what would be Cassie’s “goodbye” to Alex (after he cleaned all the blood off himself!) made us wish we had seen more of their whirlwind romance.

On the more out there front, the mind palace encounter between Cassie and her younger, guilt-ridden self (played by Audrey Grace Marshall) was arguably one of Cuoco’s very best scenes of the season. For as ineffectual as her words would be, Cassie advising — nay, begging — the tween to never blame herself for her father’s drunk-driving death revealed so much about the pain she has lived with for decades.

Last, but sweetest, was Cassie’s dialogue with Enrico’s nonna, who surmised that the sudden need for his grandfather’s gun was to help his “luminous” friend. Working with plainer words as she navigated Italian, Cuoco showed a new layer to Cassie’s vulnerability, only hinting at the insane, dangerous odyssey in which she was enmired. Though we had spent eight hours witnessing it in full, her candor with Nonna broke our hearts anew. 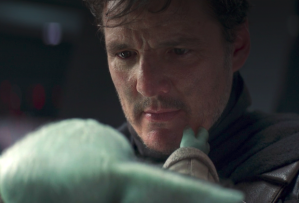 HONORABLE MENTION | It wasn’t until 16 episodes into the Disney+ series that Pedro Pascal got to do his best “unmasked” acting as The Mandalorian. Well, let’s just say that the Season 2 finale was a very special occasion. Upon meeting the Jedi who came calling for Grogu, Mando was rightly the protective pop. But once this stranger avowed that he will protect the Child’s life with his own, Mando agreed to part ways with his powerful ward, telling him, “That’s who you belong with. He’s one of your kind,” adding: “I’ll see you again. I promise.” Then, when Din doffed his helmet at the Child’s urging, the look on Pascal’s face added volumes to the mere 10 words to come. “All right, pal. It’s time to go,” he said, as the kid’s big eyes took in his protector’s true face, which his wee hand then touched. “Don’t be afraid.” This is the way… to our hearts. 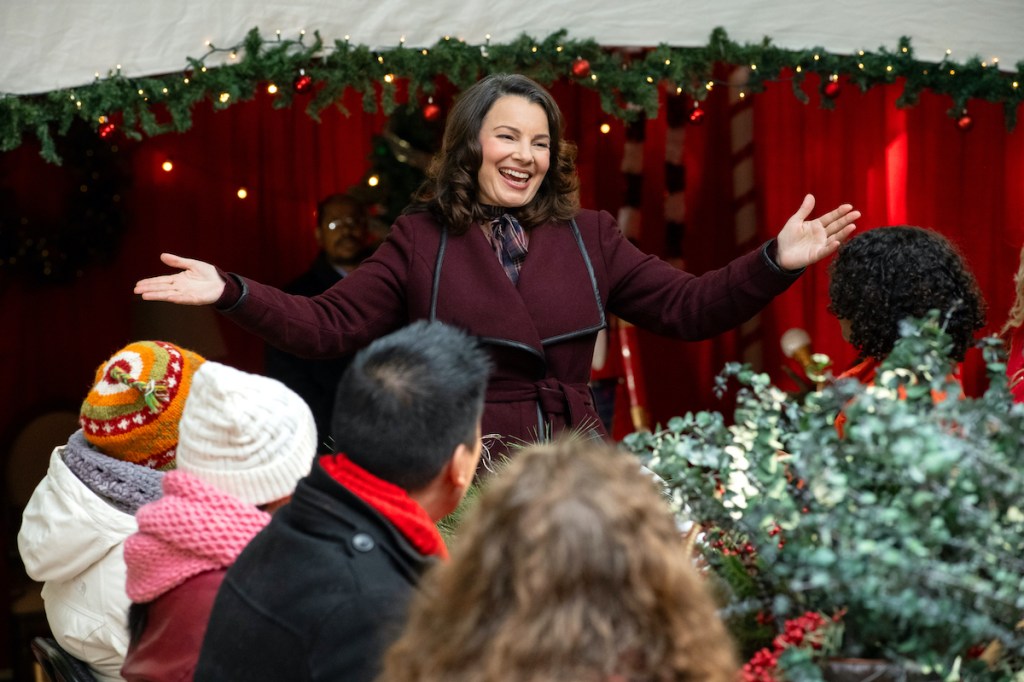 HONORABLE MENTION | The most groundbreaking aspect of Lifetime’s first LGBTQ-themed holiday movie The Christmas Setup was not that it had a gay couple at its center. It was that it was actually really good. Yes, all the yuletide tropes were present and accounted for, but there was genuine warmth in place of cheese, and much of the cozy credit goes to Fran Drescher. Playing the mother of a gay son (Arrow‘s adorably neurotic Ben Lewis), Drescher’s Kate was supportive without being cloying, doting but not oppressively so. And when her pride and joy found love under the proverbial mistletoe with his high school crush (played by Lewis’ swoon-worthy real-life husband Blake Lee), Drescher layered her alter ego’s unabashed glee with notes of genuine happiness. In a sea of indistinguishable, cookie-cutter holiday movie matriarchs, Drescher gifted us with a true Christmas miracle: an actual human being. 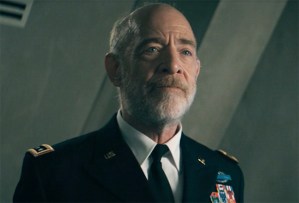 HONORABLE MENTION | J.K. Simmons only had one scene in the opening hour of The Stand, but for our money, it was the most compelling one of the episode. As Gen. Starkey, the enigmatic and little-seen military man overseeing a CDC facility in Vermont, Simmons brought a solemnity that made our hearts ache for this character we’d only just met. With no men left to command — they were all dead of the Captain Trips virus, which Starkey himself had also contracted — the general was both resolute and devastated in the face of imminent death. Simmons’ recitation of the Yeats poem “The Second Coming” is now among the year’s most stirring line readings, and the tears in his eyes as Starkey prepared to take his own life softened a man that we initially viewed as intimidating and powerful. Of the many characters who perished in The Stand‘s first hour, Starkey quickly became the one we’ll miss most, largely due to Simmons’ episode-stealing work.