When The Mandalorian taunted Moff Gideon via intergalactic Skype, at the close of Season 2’s penultimate episode, did he rob the Grogu rescue mission of a classic, if predictable, maneuver?

And because he seemingly did, what is the grand plan for he and his merry but small band to infiltrate Gideon’s cruiser, rescue the Child, and get away scot-free?

The Disney+ hit’s Dec. 11 episode, “The Believer,” teed up the season finale thusly: Mando, with some help from sprung New Republic prisoner Miggs Mayfeld, accessed a terminal at an Imperial mining outpost, to secure access to Gideon’s whereabouts. Grogu, meanwhile, when last seen had been shot-to-stun and shackled inside a room on Gideon’s light cruiser.

How will Mando, along with an assumed assembly of Cara Dune, Boba Fett and Fennec Shand — but also with the likes of Bo-Katan and Ahsoka Tano still out there, somewhere — board Gideon’s ship to set in motion whatever rescue mission he has in mind? 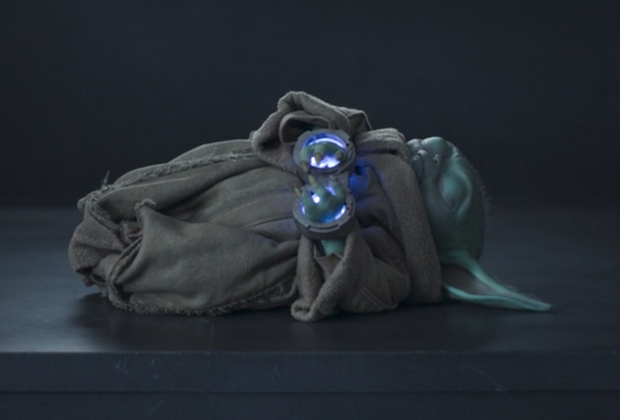 Had Mando not taunted Gideon as mentioned above — echoing the Imperial commander’s Season 1 warning, saying, “You have something that I want. You may think you have some idea what you are in possession of, but you do not. Soon he will be back with me. He means more to me than you will ever know” — there’s ostensibly a scenario where Boba Fett, a bounty hunter of considerable note, comes out of hiding/returns from the dead to offer Gideon his high-value catch, in Mando. AKA ye olde Wookiee Prisoner Gag! And that is how Slave I is able to dock with the cruiser.

But that admittedly predictable (but nonetheless classic) ploy would seem to be off the table now.

So, how do you think Mando & Co. will sneak onto Gideon’s mighty ship? Or is there a very different scenario where they somehow remove the cruiser from the equation by making Gideon come to them, with the Child in tow?

Share your theories below, ahead of Friday’s Season 2 finale!