Is that the Orion SpaceProbe II Equatorial 76mm Reflector Telescope, or is MacGyver just happy to see her?

Mac and Riley (played by Lucas Till and Tristin Mays) embark on a date in the most MacGyver way possible, as seen in this exclusive trifecta of photos from this week’s episode of the CBS drama.

In the episode “Eclipse + USMC-1856707 + Step Potential + Chain Lock + Ma” (airing Friday at 8/7c), Russ (Henry Ian Cusick) is kidnapped, so Mac and the team must break a previously murderous psychopath, now pacifist, out of prison to help find their colleague.

Also this week: Mac and Desi (Levy Tran), while on the run, are forced to confront their relationship issues.

Might that “talk” stem from the events of the photos above and below, in which things between Mac and Riley sure appear to be going from astronomical to physical? 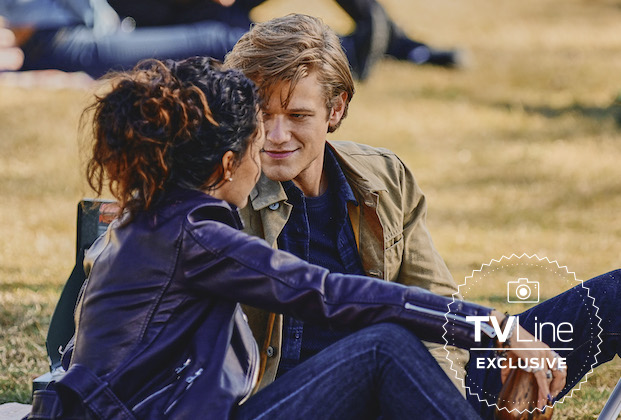 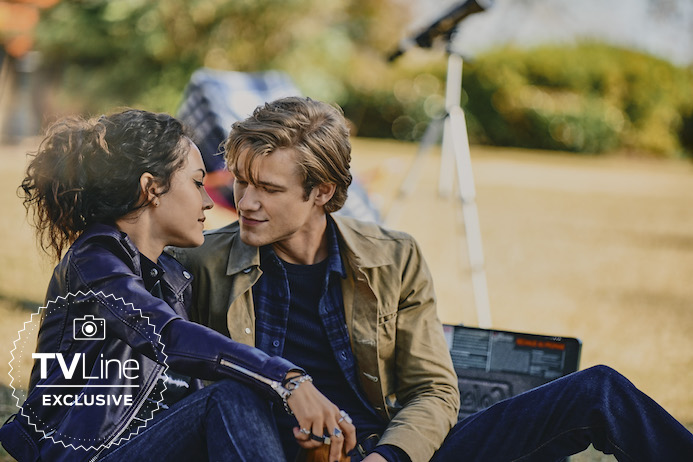