Alfred Pennyworth has his sights set on America — but first, he and his mates will have to navigate all sorts of civil strife in England, while juggling the very odd job to pay for their passage.

When last we tuned in, the titular former British SAS soldier (played by Jack Bannon) had to gun down his own dad, Arthur — a secret member of the government-overthrowing Raven Society — though the tragic trigger-pulling proved fruitless in foiling a mad bomber plot targeting British bigwigs.

Elsewhere, American CIA agent Thomas Wayne (Ben Aldridge) was shot through the window by a sniper, just as he and fellow No Name League member Martha Kane (Emma Paetz) were taking their very first small step towards one day conceiving a Batman.

Epix’s “Batman prequel” kicks off Season 2 this Sunday, Dec. 13 at 9/8c, with a second episode following on Dec. 20. The two-part midseason finale then airs on Dec. 27, with the remaining episodes penciled in for sometime in 2021.

TVLine spoke with series lead Jack Bannon about what’s ahead. 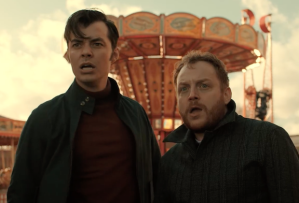 TVLINE | How would you describe the new world order when Pennyworth returns?
Season 2 takes place one year on from Season 1, and civil war has fully kicked off. The Raven Society (led by Lord Harwood) is even more powerful — they’ve got the backing of the army now and are fully militarized. The No Names, meanwhile, are just kind of clinging on, really. The Raven Society has taken over most of England — London is a neutral zone, Soho specifically, where Alfred has a new nightclub. But really, Alfred is trying to come to terms with killing his father (Ian Puleston-Davies), and trying to get enough money together to get him, his mom (Dorothy Atkinson), Bazza (Hainsley Lloyd Bennett) and “Daveboy” (Ryan Fletcher) off to America to start fresh, because England is not in a good way.

TVLINE | With Alfred’s nightclub, The Delaney, there in the neutral zone, you’re basically Rick from Casablanca.
That’s it, yeah! “No guns, no violence, blah blah blah….” Yes.

TVLINE | What sort of jobs will we see Alfred and the boys take on? Whatever pays the bills?
Basically! Serving drinks in a nightclub doesn’t really pay as well as you’d think, so he’s got to think outside the box. But there are plenty of people who come out of the woodwork looking for his skills. Right from the off, we see him get involved classically in some scrapes.

TVLINE | You touched on this a moment ago, but shooting your own dad dead… that’s quite a thing. How does Alfred’s conflict over that manifest itself?
Obviously, many people never have to deal with that level of trauma, and that and [the murder of] Esme really derailed him. I think sometimes you have to do awful things for the greater good, and that’s the way he sees it. It’s more about the fallout and how his mum is coping, things like that. He’s trying to be almost “soldierly” about it and put it to one side mentally. But as the series goes on, we see it’s perhaps not that easy. 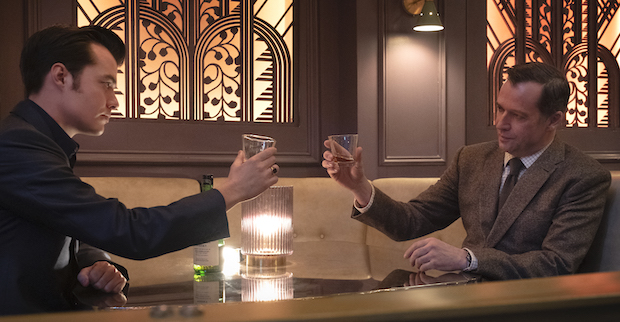 TVLINE | James Purefoy (The Following) typically plays a most formidable TV character. How does Gulliver Troy (Alfie’s former SAS Captain) fit into Alfred’s world?
He sort of sliiiides in rather sneakily, and then stays — with a big bang. He’s a huge character, Captain Troy, a man of lots of deep desires and extremes, whether it be violence, women, drink…. He’s a dark character, Gully, but James is a fantastic actor, one that I’ve been aware of for many years, and I learned a lot from working with him. It’s almost a father/son relationship but a friend relationship. Alfred sees quite a lot of him in Troy, so he’s a great new addition. 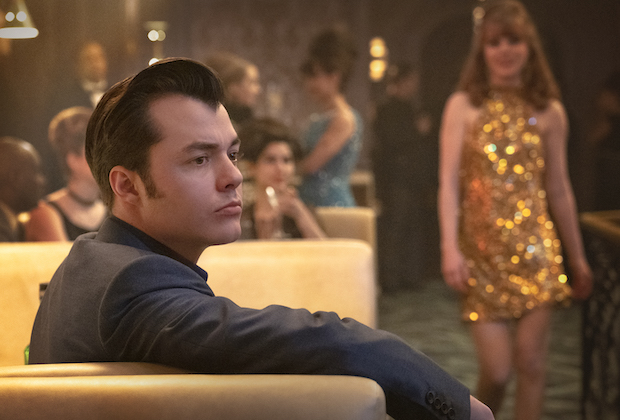 TVLINE | What’s up on the romantic front for Alfred? The Queen (Jessica Ellerby) seemed to quite fancy their snog, if I have my British slang right.
[Chuckles] Yeah, she’s interested, though I’m not sure how interested he is. I think he’s running scared. Sandra (Harriet Slater) is around —  she’s the resident singer in the nightclub, and she’s kind of becoming a pop star.  There are a few people milling about, but it’s all about Sandra, really. Their relationship carries on.

TVLINE | I thought it was funny that Esme, meaning Emma Corwin, went on to become Princess Diana (on The Crown).
Yeah! We knew that was going to happen. I think they allowed us to have her [for the first episodes of Season 1]. I think it was that way around insead of the other way. 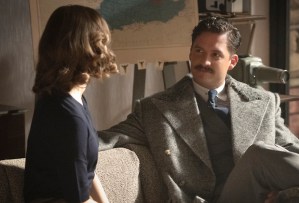 TVLINE | What will the Alfred/Thomas Wayne dynamic look like this year?
One of the clever things about Season 1 was it wasn’t a buddy-buddy thing. This year carries on that vein, though they do get closer, and Alfred does work for him on occasion….

TVLINE  | Would you say they share a professional respect?
Exactly. Alfred likes watching him squirm, and Thomas is a bit of a nobby kind of guy, so…. [Laughs] Alfred toys with him a bit. But yeah, their dynamic certainly blossoms a bit more this year.

TVLINE | Will Thomas become a talk-to for Alfred, where they open up to each other about things? Or is that Season 3?
Eventually. The thing is that with Thomas being a spy, Alfred doesn’t need to tell him anything, he already knows everything all the time – which is of great irritation to Alfred, because Thomas uses it against him, quite often!