TVLine has an exclusive look at the first photos from the CW teen drama’s Season 5 premiere (airing Wednesday, Jan. 20 at 8/7c), with Archie and his fellow Riverdale High students looking sharp in tuxes and gowns at their senior prom. (The prom episode was originally slated to air in Season 4, but got pushed back by the coronavirus pandemic.) Our favorite couples are all there, including Archie and Veronica, who share a sweet slow dance in the photo above.

In more prom night photos below, we also see Cheryl and Toni locked in a loving embrace, Kevin with his arm around Fangs and making a toast to the whole gang — and hey, is that Katy Keene‘s K.O. Kelly (Zane Holtz) in the background? (Yes, series creator Roberto Aguirre-Sacasa let it slip earlier this year that Holtz would be making a crossover appearance on Riverdale.) Plus, we see Veronica’s parents Hiram and Hermione sharing a dance… along with F.P. and Alice!

The Riverdale teens will also put on their caps and gowns for their high school graduation early in Season 5, followed by a time jump that will pick up several years later with the show’s young characters reuniting after being separated at college.

Scroll down for more sneak peeks at Riverdale‘s prom, and then grab a booth in the comments to share your thoughts. 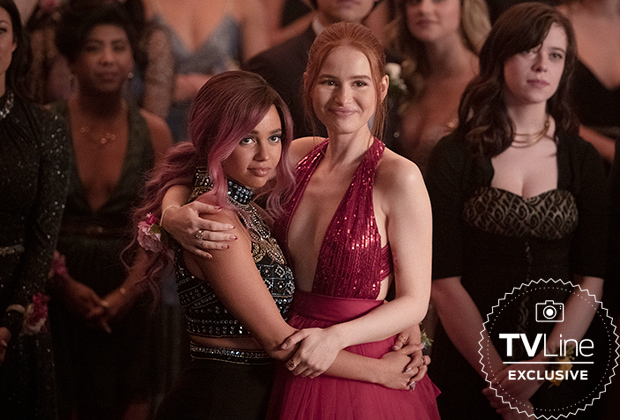 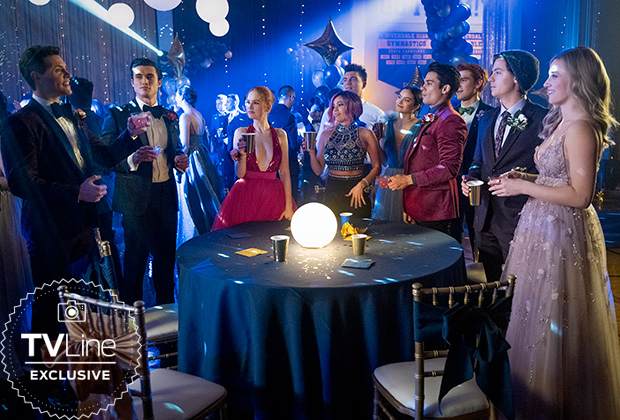 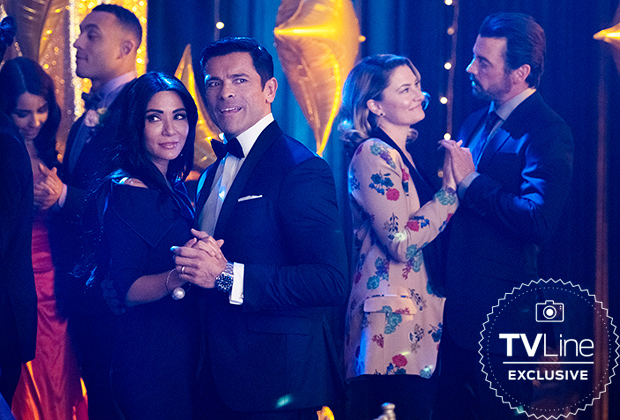 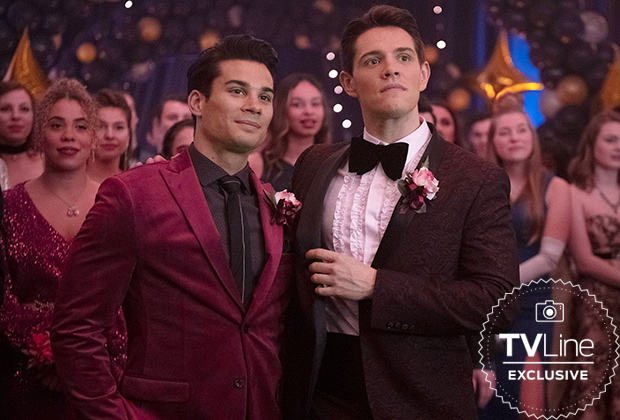