THE PERFORMANCE | Jason Hayes has been a veritable Superman on the battlefield over the years, calling shots as ably as he dodges them. But in the first half of the Season 4 premiere, Bravo One was a mere mortal, separated from his brothers in the Spin Ghar mountain range, wounded, and refusing to leave canine team member Cerberus behind — all as enemy combatants closed in on his location.

Prior to that harrowing sequence, Boreanaz (who also directed the episode) got to play inside Jason’s psyche, which was clearly muddled by the notion of hunting the son of the terrorist he killed 13 years prior — all as he feigned that this op was BAU. Jason’s unspoken anxiety presented itself as a brutal brusqueness, barking at his team to stay “front-focused,” a mindset drilled into him during his Bravo Three days. Speaking of those flashbacks, Boreanaz really sold us on a younger, cocky Jason who was gung-ho to chase an HVT. Yes, the clean-shaven face helped with the transformation, but there was also an unearned swagger in the way Jason carried himself that bolstered that performance.

Back to the snowy Afghan mountain range: Present-day Jason lurched from tree to tree, laboring to pick off baddies, all while stealing moments to tend to wounded Cerberus (played so well by Dita). Jason clearly saw his own battle-worn self in the hound’s eyes, and because of that Boreanaz delivered some of his most vulnerable scenes to date, crouched over Cerberus to assure him everything would be all right. When Jason at one point lugged the dog over his shoulders, Boreanaz’s own eyes registered a flicker of fear, yet also a steely determination to emerge from this scrape alive. 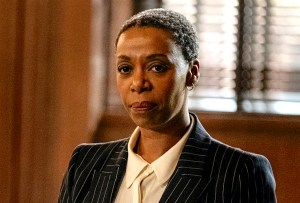 HONORABLE MENTION | Nicole Kidman and Hugh Grant are shoo-ins for Emmy recognition, but with The Undoing wrapping up this week, we also want to make a case for Noma Dumezweni, who wowed us as Jonathan’s no-nonsense defense attorney, Haley Fitzgerald. Sunday’s finale provided further evidence that Haley is very, very good at her job, with Dumezweni demonstrating a steely proficiency as Haley methodically plotted out Jonathan’s defense, even as the discovery of the murder weapon threw a wrench into her plans. She also switched gears and gently questioned Elena’s son Miguel about his mother’s death, with Dumezweni gingerly balancing compassion and killer instinct. And who didn’t get chills when Haley barked at Jonathan for failing to get rid of the murder weapon, revealing that she knew he was guilty the whole time? If we were facing murder charges, we’d definitely want Haley Fitzgerald representing us… and we’d definitely want Dumezweni in the cast of our prestige drama, too. 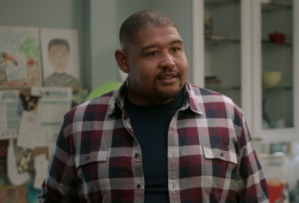 HONORABLE MENTION | “It’s not about the color of the gun,” Omar Benson Miller‘s Ben told a bewildered Forrest on Thursday’s episode of The Unicorn. “It’s about the color of my son.” Those last few words rang loudly, as Forrest’s well-intentioned water gun gift sparked a frank discussion about race that exposed his glaring white privilege, and forced Ben to react to his ignorance. Miller’s performance fused patience and love with blips of exhaustion, as his character confronted his friend’s confusion and discomfort, and offered up some informative tough love. “You’re putting all your guilt on me, because you want me to make you feel better about the things that I have to deal with!” With some honest conversation between two friends, the actor depicted the struggles of a Black American family in a way that was not only eye-opening for Forrest, but impactful for viewers, too. 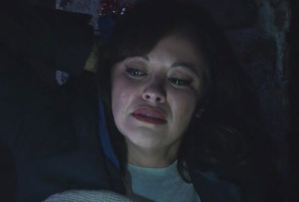 HONORABLE MENTION | Sometimes when cycling through a season of Blue Bloods, it’ll dawn on us: What all do we know about Det. Baez? But then an episode like the Season 11 premiere comes along to offer fresh insight into Maria — and in turn allow Marisa Ramirez to wow us with her gift. For one, Ramirez made us feel every bit of pain Baez suffered after getting shoved down a flight of stairs by a POI. But it was during that anguish that Baez let slip her pressing fear (“that I’m never going to get to do the things I want to do!”) as well as a harsh truth about her longtime partner. Namely, how he takes for granted his family, when her promotion to detective didn’t muster a single RSVP. Danny tried to shrug off the characterization, but Baez asserted, “They’re there for you, and they love you. That’s pretty perfect.” Capping Ramirez’s standout turn were a pair of warmer scenes in which Baez and Danny reflected on their pasts, leading to an exchange of platonic ILYs that were well-earned after years at each other’s side.