CBS’ SEAL Team has added some Pepper to the mix, in the wake of this week’s eventful Season 4 premiere.

Near the end of the two-hour season opener, though Cerberus had been “cleared for duty” after being wounded in the snowy Spin Ghar Mountain Range, it was agreed that his days with Bravo Team were over.

“That dog was bred to be in the fight… but I think he’s suffered way too much stress, combat and trauma,” team leader Jason Hayes (played by David Boreanaz) noted. “I think it’s time for him to just be a dog.”

The same can be said for Cerberus’ portrayer, Dita, a five-year-old Belgian Malinois who, though well-trained, cannot entirely know that the sometimes-explosive drama swirling around her on-screen is make-believe. 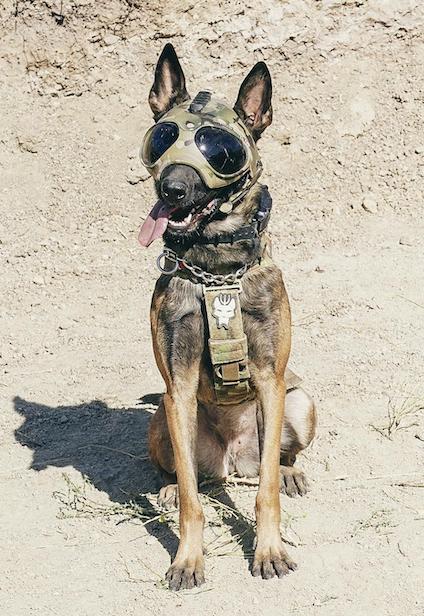 “The combat and stress on Dita the actor was such that [handler] Justin Melnick [who also plays Brock] came to us and said, ‘This is really getting to a point where I think she can’t do this anymore,'” EP Spencer Hudnut told TVLine. “But these teams always have a dog, so we will be introducing a new dog.”

That new canine is named Pepper (on-screen and off), and the 2 1/2-year-old Dutch Shepherd will make her debut in the Wednesday, Dec. 9 episode.

Named after a special forces dog that died on the Tigres River in Iraq a few years ago, Pepper was born in Hulsburg, Netherlands, and has a training background in single purposes explosive detection. “When she is not on set, Pepper loves snuggling by the fire and swimming in the ocean,” reads her bio.