All those acting challenges on RuPaul’s Drag Race have really paid off for Shangela Pierce: She’s landed a flashy guest appearance in Thursday’s episode of ABC’s Station 19 (8/7c) — and TVLine has the exclusive first photos.

“We Are Family” primarily focuses on the disciplinary hearing that will decide whether recovering addict Sullivan has a future as a firefighter. But another of the hour’s plots revolves around an investigation into an electrical fire at a neglected apartment building that’s the home, fabulous home of “some of Seattle’s most prominent drag queens,” per the show’s official logline.

Along with Shangela as Ruby Red Slippers, the hour also features Sherry Vine as Rainbow Trout, Roxy Wood as Izzy Packing and Camden Garcia as Elizabeth Gaylor. As you can see in the first image below, even in a time of crisis, the queens are dressed to thrill. (Good thing, too — you wanna look your finest if a firefighter as smokin’ as Jack comes knocking.) 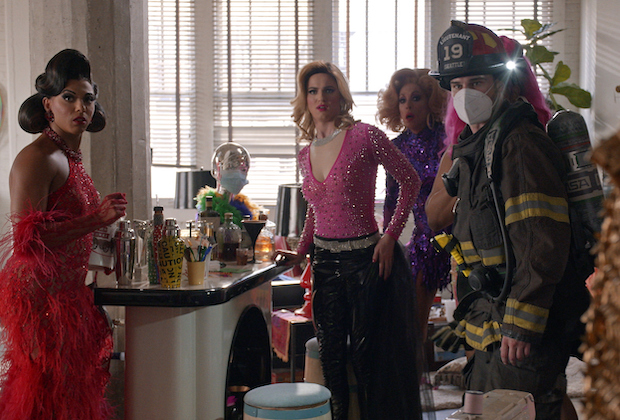 In the second image, Shangela serves Emmy-reel realness as if RuPaul was just off screen telling her that it was time to lip-sync act for her life. Which really wouldn’t be a problem for Shangela. Besides holding the distinction of being the first queen to compete in three seasons of Drag Race (twice on the mothership, once on All Stars), she’s built an impressive IMDb page that includes appearances on Glee, Bones, Community, 2 Broke Girls, We’re Here… 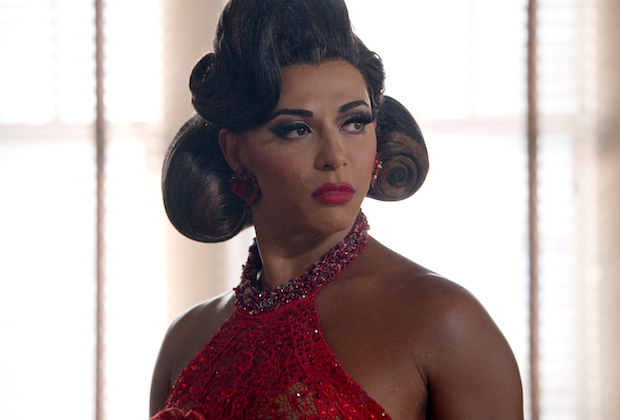 What do you think, Station 19 fans? Are you looking forward to seeing whether Shangela & Co. will leave our first-responders gagging on the eleganza instead of choking on smoke?