Jeepers! And we thought the cuts that The Voice coaches made during the Battles and Knockouts had hurt. (Or at least I had; maybe you guys drink less coffee than I do, but you seemed to take it all more in stride.) Monday’s Live Playoffs set the stage for Season 19’s biggest round of eliminations — Tuesday’s results show would send packing eight singers. Which ones? Perhaps you can predict based on the below reviews of the Top 17’s performances. If you take into account my legendarily tin ear, you can probably assume with remarkable safety that anyone I liked already has their bags packed.

Before we got to the Playoffs, though, we were told by Carson Daly that Team Kelly’s Ryan Gallagher was no longer in the competition. But… but… he had still been in as of just yesterday, per his Twitter account (see below).

Here we go America!! Never thought a small town guy like me would make it here! @NBCTheVoice @kellyclarkson pic.twitter.com/EEgwpslV3k

Following Carson’s announcement, Gallagher posted an Instastory in which he reassured his admirers that his exit didn’t have to do with his family’s health issues. (His mother had tested positive for coronavirus, you’ll recall.) What’s more, “I didn’t drop out of the show,” he said. “Details are to come.” Sources tell TVLine that Ryan broke the show’s strict COVID protocols and couldn’t be allowed to continue, lest his presence potentially put others at risk.

Anyway, the Four-Way Knockout shrank, leading us to the…

Saved by America’s vote: Taryn Papa (Team Blake), who hilariously had the hardest time making her way down the stairs off the stage 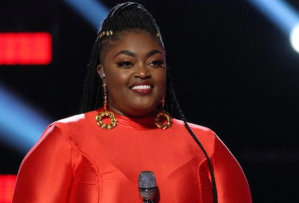 DeSz, “What’s Love Got to Do With It?” — Grade: B- | At first, DeSz undercut the smoky quality of her powerful voice by clipping her words. From there, her performance was oddly… perky? (Questionable arrangement perhaps?) DeSz could sound good yelling at me to clean the wax out of my ears, but honestly, this was pretty meh till she went wild — maybe too wild, too late? — toward the end of her Tina Turner cover.

Madeline Consoer, “What If I Never Get Over You?” — Grade: C | Right outta the gate, Madeline sounded like she was headed to baseball camp: In other words, she had problems with her pitch. She definitely improved as she went along, but when it really counted, the vocal was more of an “ow” than a “wow.” This was at best a Blind Audition performance that would’ve gotten one chair-turn.

Tanner Gomes, “Lovin’ on You” — Grade: C | Erm, was Tanner even singing words when he started his performance, or were they just syllables mashed together? Either way, his twang was pleasant enough, at least at first; this just wasn’t in any way a showstopper. When he seized an opportunity to shine — attempting a key change — he wound up burning out, running afoul of pitch issues that I didn’t imagine would befall, say, Jim Ranger.

Cami Clune, “Never Tear Us Apart” — Grade: A | Ah, smart of Cami, ripping a page from Season 13 winner Chloe Kohanski’s playbook and doing an ’80s hit. It wasn’t just good song selection, either, it was a fantastic arrangement and performance. Cami drenched her INXS cover in enough drama to make it sound like an awesome Bond theme. By far, the strongest vocal we’d heard from Team Kelly.

Payge Turner, “It’s Gonna Be Me” — Grade: B+ | I was predisposed to love this just because it was such a radical reinvention of NSYNC’s hit; I’m nuts for that bleep if it’s done well, and this sexy, slowed-down version was genius. For the most part, I dug Payge’s vocals, too — she sounded like smoke rising from an open fire. She also had presence for days. But when she went big, she lost control in a way that arguably — and I know you will argue — wasn’t entirely successful. 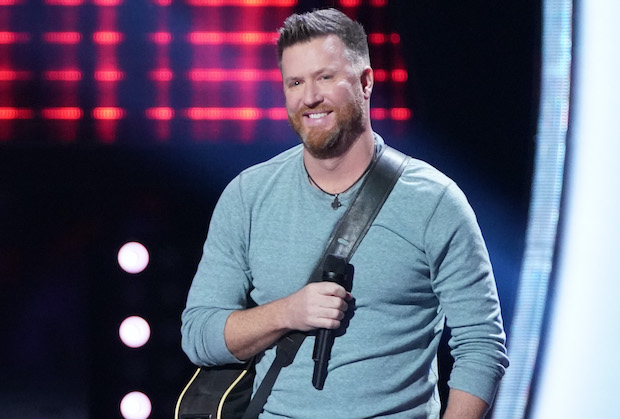 Ben Allen, “There Goes My Life” — Grade: A | There are a bunch of really excellent singers this season, right? But Ben is the one who always makes me stop in my tracks and listen extra closely. There’s a quality to his vocal delivery that gives the impression that he’s singing directly to you — the same quality that makes him such a contender. After this gorgeous, emotional performance, Blake should’ve been kicking himself for letting Ben get stolen.

Joseph Soul, “How Deep Is Your Love” — Grade: D | Oh dear. Sweet as Joseph seems, I hoped to be really impressed with his BeeGees cover. Instead, he kinda made me understand why The Voice occasionally montages and abbreviates performances that go awry during the Battles and Knockouts. He hit a nice patch now and then, but mostly, I wanted to fast-forward for his sake. That and I really wanted to order a glass of whatever Gwen was having that inspired her to tell him she hadn’t heard anything out of tune. Even tone-deaf as I may be, I was like, “Whaaat?”

Carter Rubin, “Hero” — Grade: A | Damn, this kid is poised. And he has a voice that just does not quit. Left, right and center, contestants twice his age were falling apart on stage, and the 15-year-old… he just freakin’ took control, turning out a performance that was powerful, nuanced and, frankly, stunning. Aside from holding up glasses, his voice is what ears are made for. 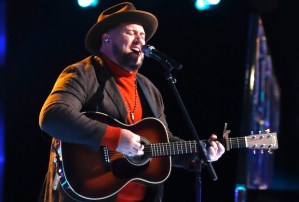 Jim Ranger, “Rumor” — Grade: B+ | There’s such a casual brilliance to what Jim does with a vocal, you’d swear he was dribbling notes with his tongue like they were basketballs. This particular number didn’t let him cut loose the way he does so well, which seemed like a misstep, given how surefire a crowd-pleaser that move is. But it was still a solid performance; it just sorta sparked instead of full-on exploded.

Worth the Wait, “Love Is Alive” — Grade: B- | When the mother/daughters act sang together, their performance was heavenly. But their sum is definitely greater than their parts; whenever they got a solo, the performance went from “ah” to “eh.” Nonetheless, Blake insisted that this was the best they’d sounded all season.

Ian Flanigan, “Make You Feel My Love” — Grade: B- | Ian brought to the stage a gritty vocal gravitas that gave the impression that he was imparting the wisdom of the ages. Or something like that. He used the seen-it-all-and-regretted-most-of-it quality in his voice to its full advantage. What he didn’t do, I feared, was show a whole lotta range or provide that singular moment that gets people talking.

Taryn Papa, “I Hope You’re Happy Now” — Grade: C | Over and over again, the Four-Three-Way Knockout winner’s performance came thisclose to teetering into goodness… only to go the other way. She just couldn’t get, much less keep, the pitch in check.

Sid Kingsley, “Beyond” — Grade: A- | I don’t think Sid has given a performance yet that hasn’t made me go “Wow!” at least once. Here, he sang with a tangy intensity that left me feeling like the rust was being scraped off of my beat-up ol’ heart. And not for a moment did it come off like a guy competing to remain on a talent show. Sid looked and sounded like a star in concert. 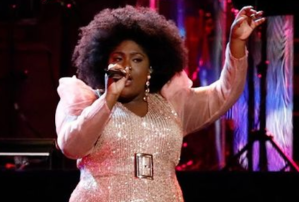 Tamara Jade, “Crazy” — Grade: A- | Ho. Ly. Crap. Tamara’s reinvention of the lead-in to Gnarls Barkley’s hit was off the chains. From there, she sang the roof off the joint, giving a performance that was bigger and wilder than my TV speakers could handle. No wonder she concluded it with a laugh; it was ridiculous how cool that was. Sure, she seemed to run out of breath in the middle, but so what? Was anyone in the audience not left gasping, too?

Chloé Hogan, “My Future” — Grade: A | “Delightful” is probably the best word to describe Chloé’s performance. She started her Billie Eilish cover singing with a sumptuousness that I’d happily squeeze into a mixed drink, then radiated a vocal sunniness that was matched only by her lovely expression. “It was so graceful and tasteful,” exclaimed her coach.

Bailey Rae, “Sweet Music Man” — Grade: B- | Pitch-perfect, Bailey wasn’t. That was easily forgivable, though, given the earnestness with which she sang. Trouble was, her performance kinda started one place, stayed there and ended there, too. So this performance was really going to put to the test John’s determination to compete with a country singer.

John Holiday, “Fly Me to the Moon” — Grade: B- | I expected this to be amazing, as everything else John has done has been. But he seemed more uncertain here than he ever has. One after the other, he pulled out of his bag of tricks vocal feats that would make him the envy of his competitors. As a whole, though, it just didn’t… gel. It was odd and oddly disappointing, at least for a singer of John’s caliber.

So, who do you think will be eliminated Tuesday? Vote for the performer that you thought did the best Monday, then hit the comments.