Felicity Huffman is looking for some laughs with her first TV role since serving time for her participation in the infamous “Varsity Blues” college admissions scandal.

Back in in September 2019, the Desperate Housewives alum was sentenced to 14 days in jail and 250 hours of community service, after she pleaded guilty to committing mail fraud and honest services fraud in connection with paying $15,000 to have someone take the SAT in place of her older daughter. She also paid a $30,000 fine and spend one year on supervised release.

Now, our sister site Deadline reports, Huffman has landed the lead in a single-camera comedy inspired by Susan Savage, the real-life owner of the Sacramento River Cats, a Triple-A baseball team. 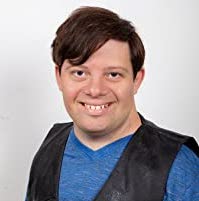 Described as a “funny, surprising and occasionally heartbreaking half-hour about love, loss, family and Triple-A baseball,” the as-yet-untitled series — which has a pilot production commitment from ABC — would star Huffman as a woman who suddenly loses her husband and inherits his minor league baseball team. She attempts to brave this new world with the help of her family (including her baseball-loving son with Down syndrome, played by Zack Gottsagen of the award-winning 2019 indie The Peanut Butter Falcon), her new staff, and the Sacramento community at large.

Becky Hartman Edwards, a co-EP on Fox’s Pitch (and writer on myriad series including Switched at Birth and American Dreams), penned the prospective series.