Fargo capped off its fourth season by popping a cap in quite a few characters, as more than one criminal got their just desserts. (And we don’t mean an ipecac-laced pie.)

Sunday’s finale begins by flashing back through all the (many) people who have died this season — R.I.P., Rabbi Milligan; good riddance, Constant Calamita — and the ones who are still left alive aren’t much better off. Josto is drowning his sorrows in booze after his brother Gaetano’s accidental death, and Oraetta is behind bars after her poisoning scheme came to light. She gets bailed out by a mystery benefactor, though, and Ethelrida and her parents get their house back from Cannon’s gang while Josto takes bloody revenge on Doctor Harvard, ambushing him and gunning him down alongside another poor soul before setting fire to the car holding their dead bodies.

Loy is ready to call a truce with the Italians, and he hands over Donatello’s stolen ring to consigliere Ebal, telling him to “get your house in order” to end the war. It’s not over yet, though: A henchman wakes up a drunken Josto to tell him, “We got Cannon. It’s over. We won,” just as Leon sneaks up behind Loy and points a silenced pistol at his head. But he spoke too soon. Loy’s bodyguard Opal grabs Leon just in time, strangling him before he can shoot Loy, while Loy’s men track down Happy and his crew at a diner and gun them down. (We’re racking up quite a body count already, aren’t we?) 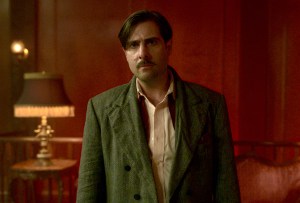 Josto sobers up long enough to find Ebal and his entire family ready to confront him… along with Oraetta. “You stand accused of crimes against the family,” Ebal informs him, charging Josto with betraying the family by conspiring with Oraetta to kill Donatello. (Remember when Josto told Oraetta to “take care of” his dad? Well, she took that literally.) Josto frantically pleads his case, but it’s no use; Ebal thinks he killed Gaetano, too, so he’d have full control of the Fadda crime family. Josto and Oraetta are hauled away by goons and driven out to a remote field with a makeshift grave waiting. Josto tries to talk his way out of it — everyone just laughs when he asks, “Hasn’t there been enough killing?” — but he ends up taking a bullet in the head. So does Oraetta… but at least she got her final request of watching Josto die first. A sicko to the very end, that one.

Loy and his family arrive home to find their front door ajar, and Loy pulls out a gun before going inside to investigate. He finds dolls of the family arranged neatly on the dining room table, Satchel’s red hat on the bannister… and Satchel himself asleep in his bed, with his loyal dog at his feet. Loy excitedly hugs him and erupts with laughter, and his wife weeps as she’s reunited with her son. So Loy is sitting pretty when he sits down with Ebal to cement their truce. But Ebal has some “adjustments” to make to their deal: He now wants half of the Cannons’ business, which enrages Loy. But Ebal reminds him that he’s just one guy in one city, while the Italians have cities and families behind them, backing them up. If Loy doesn’t like the new deal, Ebal says, they’ll just kill him and find someone who will play ball. A resigned Loy leaves without a word and tells Opal to go home: “War’s over.”

Loy gazes inside his house’s window from the front porch, looking at his happily reunited family, his eyes welling with tears — when he’s stabbed in the back by Zelmare Roulette! (“For Swanee,” she tells him.) Satchel sees her, and she motions for him to “shhhh” before she drops the bloody knife and walks away. The boy crouches beside his dying father and watches as Loy draws his last breath. (He spilled a bunch of oranges, too; that’s gotta be a Godfather reference, right?) Ethelrida wraps things up by reading aloud from her history report, as we flash back to all the crime families through the years: “Who writes the books? Who chooses what we remember, and what gets forgotten?” We see her in what looks like a flash-forward, as she packs her bags and moves out. 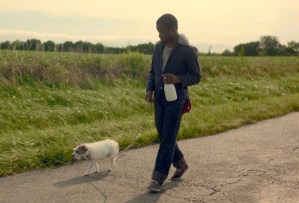 But wait! There’s more! Midway through the credits, a car barrels down a dusty country road, and in it sits… Mike Milligan, the hitman from Season 2! With a Kitchen brother behind the wheel, Mike practices loading his gun and aiming it, and looks outside wistfully as we see flashbacks of Satchel and his pup walking down that same road. Yep, this confirms our season-long suspicions: Satchel grew up to be Mike, and took the Milligan surname as a tribute to his late guardian. In the Fargo universe, it turns out, everything is connected.

Fargo fans, you betcha it’s your turn: Give the finale (and Season 4 as a whole) a grade in our polls, and share your thoughts in the comments.