Judge Lola Carmichael isn’t the only one struggling with her role in the justice system on CBS’ All Rise. For former bailiff-turned-lawyer Luke Watkins, Season 2 will be a transformative journey.

“Oh my God, we’re so excited about Luke’s path!” co-showrunner Dee Harris-Lawrence recently exclaimed to TVLine. “When we were talking, [co-showrunner] Greg [Spottiswood] and I were like, ‘OK, it’s the emancipation of Luke.'”

Since the character was a bailiff, which is part of the sheriff’s department, before becoming an attorney in the District Attorney’s office, “he’s kind of gone through and seen the system from three very different lenses, which is fantastic,” Harris-Lawrence notes. 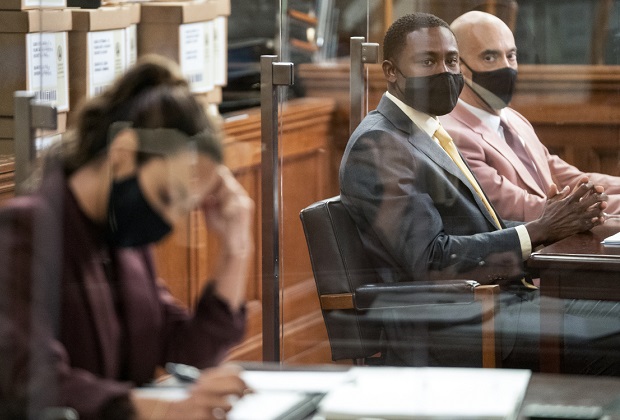 In Monday’s episode (CBS, 9/8c), Luke will witness the random inequalities of the justice system when he prosecutes two nearly identical cases. “He is going to come up against cases that are going to really turn him around in such a way where he’s going to actually push back in how the D.A. tries cases,” Harris-Lawrence previews. “We’re going to be exploring things like restorative justice. He will have his own awakening in that way, but it’s not going to be easy for him, and [there will be] bumps along the way.”

On the romance front, Luke’s relationship with ex-girlfriend Emily is on pause, with Luke now casually dating his D.A.’s office colleague Sam. Meanwhile, Emily may be moving on with activist/artist Joaquin, who recently asked her out for coffee. 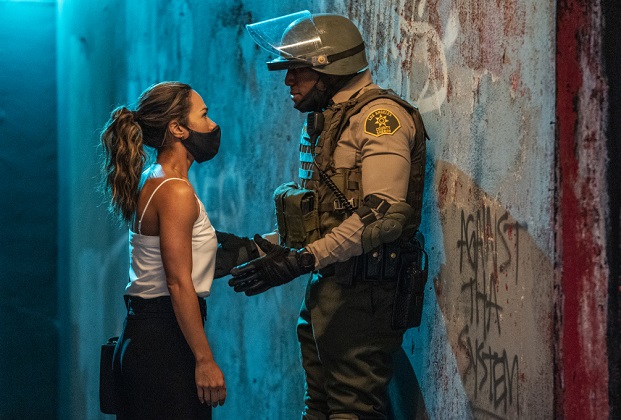 “The great thing is we are leaning into triangles of sorts, and we’re leaning into both the pandemic [and] the uprising,” Harris-Lawrence says. “Everything that we’ve dealt with as a country and a world is going to be reflected in the courthouse, with all of our characters, which means everybody’s going to go through shifts, and Emily and Luke are going to go through ebbs and flows and shifts that the audience are going to be really leaning into, going, ‘What is going on? What’s happening?!’ We’re actually excited about that storyline, about the two of them.”

All Rise fans, hit the comments with your hopes for Luke’s storyline!