Like moths to a pumpkin spice-scented flame, Netflix viewers fell head over feels for Virgin River, a small-town drama about characters as romantic as they are damaged.

But the first season of Virgin River — based on Robyn Carr’s book series — aired nearly a full year ago, so we wouldn’t blame you for needing a refresher ahead of the show’s second season premiere on Friday, Nov. 27.

Keeping scrolling for a breakdown of where the show’s primary couples ended up at the close of Season 1:

MEL & JACK (& CHARMAINE) | Upon realizing that it might be her last chance at motherhood, Charmaine informed Jack that she’s keeping their baby, but he wasn’t ready to make any more promises when she tried pressing him for a commitment. “I will support you and the baby, you know that,” he told her, adding that he still needed some time to process the news. She agreed to give him all the time he needed, but not before throwing one last Hail Mary, telling him, “I still love you.”

Meanwhile, a furious Jack threatened to cut Hope out of his life for reading Charmaine’s letter. And that rage reached dangerous new heights when Hope “accidentally” told Mel about the pregnancy before Jack was able to find the courage. “The only way I’m going to keep you from meddling in my life is to keep you out of it!” he said. (Honestly, as much as we like Hope, we’re kind of wondering what took Jack this long.)

Sadly, Mel took the news even worse than Jack feared, as pregnancy is a bit of a trigger for her. (Don’t forget: Not only did she and her husband lose a baby, but they were arguing about trying again when he got into his fatal accident!) And Charmaine didn’t make it any easier, telling Mel, “I don’t want Jack to come back to me because of his damn sense of honor. It has to be a choice, his choice. And that’s never going to happen as long as you’re here.”

With her trust in Jack shattered, Mel immediately put Virgin River in her rearview mirror. She needs some time to figure out her next steps — and those steps might not lead towards Jack, after all. (Just kidding! They totally lead towards Jack. In fact, click here for the scoop on what Season 2 has in store for this little love triangle.) 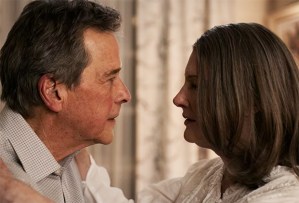 HOPE & DOC | After much pestering, Doc finally agreed to sign and pay for divorce papers, but getting what she wanted didn’t feel as good as Hope thought it would. In fact, we’re pretty sure this is the start of something new, rather than the official end of a marriage. “Divorced or married, you can push as hard as you want, Hope. I’m not going anywhere,” he said, which led to some kissing… and more? (Actually, let’s not think too hard about how this played out behind closed doors.) 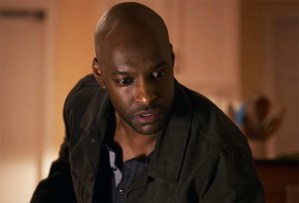 PREACHER & PAIGE | Following a pattern of shady behavior, Paige finally revealed her painful backstory to Preacher: “My ex-husband has a temper,” she said, explaining that he used to abuse her and Christopher. He even got full custody in their divorce because he managed to convince a judge that she was “unstable.” So she took her son, changed their names and never looked back. Needless to say, Preacher was unnerved when a man showed up at the bar asking about Paige. But when he went to Paige’s house, all he found was a cell phone… and some blood.

OK, you’re all caught up. Now tell us: What are your hopes for Virgin River‘s sophomore season? Drop a comment with your thoughts below.