The streamer on Tuesday announced Search Party‘s Season 4 guest cast, which, in addition to Sarandon and Philipps, also includes Ann Dowd (The Handmaid’s Tale), Griffin Dunne (This Is Us) and Lillias White (The Get Down), while Goosebumps author R.L. Stine will make a cameo during the fourth season.

In Search Party‘s new episodes, Dory is held prisoner by her psychotic stalker, Chip (Cole Escola), who is determined to make Dory believe they are best friends. Meanwhile, Portia stars in a film about the trial, though not as herself; Elliott switches party lines to become a far-right conservative talk show host; and Drew tries to escape his dark past by working as a costumed cast member in a theme park.

Sarandon will appear as Lylah, the unapologetically wealthy aunt of Dory’s kidnapper, while Philipps’ character, Donna DiMarco, will be the former teen star playing Portia in the trial film. (That will go poorly.) 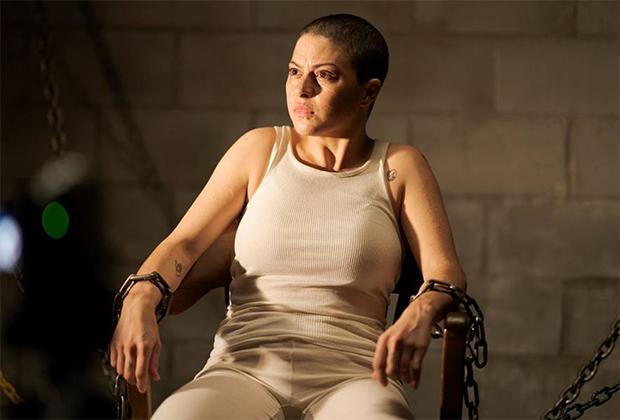 Rounding out the new characters are Paula Jo (Dowd), a nosy, Christmas-obsessed townie who gets a little too close to Chip’s house for his comfort; Richard Wreck (Dunne), the CEO of a pastry company that might offer a vital clue to Dory’s whereabouts; and Wilma (White), a world-famous talk show host who has an obsession with Chantal.

Search Party‘s fourth season drops on HBO Max in January 2021. Scroll through the attached gallery to see first-look photos of Season 4, then leave a comment with your thoughts!