In the FBI Season 3 premiere on Tuesday night, Special Agent Maggie Bell (played by Missy Peregrym) returned from her undercover assignment with a bit of a secret — one that viewers were let in on before the episode faded to black. But how will OA eventually react?

Having completed the undercover assignment that took her off the canvas late last season (to coincide with Peregrym’s maternity leave), Maggie we learned has reentered the dating world for the first time after having become a widow. But it was revealed to only viewers at the end of the Season 3 opener that the man she is seeing is an agent she worked with while undercover — Special Agent Nestor Vertiz, played by Josh Segarra. (Fun fact: Segarra has existed in the Dick Wolf universe before, as Voight’s son Justin on Chicago P.D.)

As viewers saw this week, Maggie isn’t eager to share the details of her undercover op with OA (or to reveal to him that she’s seeing Nestor). Which makes it all the more awkward next week when OA doesn’t hit it off with Agent Vertiz.

As EP Rick Eid told TVLine of the new season, “Maggie is not eager to share much about her time undercover, not even with OA (played by Zeeko Zaki).” Instead, Eid said, “she’s ready to hit the ground running” — and even as she and OA “fall back into a comfortable rhythm,” “OA also senses that Maggie is hiding something from him, making things even more complicated.”

Check out exclusive photos of Maggie and Nestor above (from the Season 3 premiere) and below (from the CBS drama’s Nov. 24 episode, in which the team races to stop an active serial killer after three women are found weighted down at the bottom of a lake). 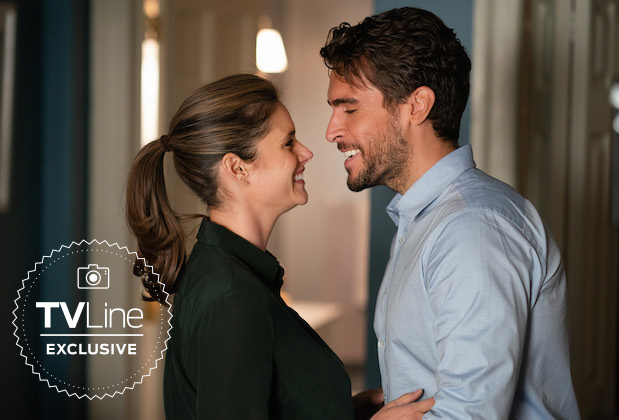