THE PERFORMANCE | With her aw-shucks accent and cute Minnesota-isms, Nurse Oraetta Mayflower seems at first glance to be from the same good-hearted Midwestern stock as Fargo‘s original Marge Gunderson. But behind that kindly smile lies a cold-blooded killer, and Buckley — already Season 4’s MVP — hit new heights this week as Oraetta opened up about her twisted childhood… and started to see her master plan fall apart.

First, Oraetta enjoyed some private time with Josto, mock-smothering him with a “Bless This Mess” pillow and then telling him about how sickly she was as a child. (“Failure to thrive,” they called it.) But she also checked in on her latest victim, with Buckley putting on a fake WASP accent, and when she learned he was recovering, she took out her fury on Josto, flying into a rage and screaming obscenities at him. (Not very Minnesota Nice.) Later, Oraetta went to look in on her victim, and the blood drained from Buckley’s face as Oraetta discovered the authorities were investigating it as attempted murder. Her eyes darted about helplessly, and then she sprang into action, frantically packing up to skip town — and when she deduced that Ethelrida was the one who ratted her out, Buckley’s fierce, twitchy reaction underlined her murderous intentions.

Oraetta is actually more in line with ruthless Fargo villains like Season 1’s Lorne Malvo and Season 3’s V.M. Varga, only wrapped up in a disarmingly sweet package. And Buckley’s fascinatingly weird portrayal has helped make her one of Fargo‘s most memorable characters yet. To be clear, we’re not rooting for Oraetta to get away with murder… but thanks to Buckley, we can’t stop watching her, either. 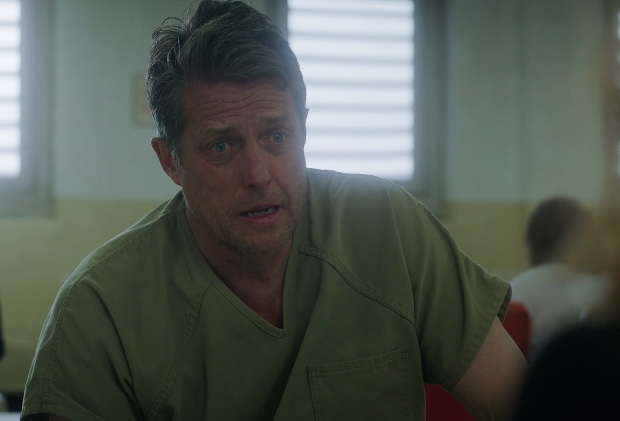 HONORABLE MENTION | Recovering rom-com mainstay Hugh Grant solidified his robust second act as a dramatic actor in Sunday’s The Undoing, which found his scoundrel of an alter ego confronted in prison by the woman (Nicole Kidman) he betrayed. Grant impressively portrayed Jonathan as both a perpetrator and a victim as well as a man still deeply in love with his wife. “Whatever my faults, my transgressions, my love for you… [remains],” he cried out to Grace, Grant’s cracking voice filled with anguish and regret. When he was later visited by his young son Henry, the tough, affable outer shell Grant had constructed around Jonathan (“Well, another fine mess I’ve gotten you into,” he quipped) immediately shattered when his boy point-blank asked his dad if he is a murderer. He then informed his pa that they will “never” be a family again. “Well, I desperately hope we will be,” Jonathan achingly replied, Grant exhibiting impressive restraint through tears, before slipping his tough dad armor back on and quietly reassuring Henry, “It’s OK.”

HONORABLE MENTION | S.W.A.T.‘s season premiere, set in late April, put forth the idea that race relations were improving, since Los Angeles had gone a bit longer without riots than the 27 years between Watts and Rodney King. But having been filmed in the wake of the George Floyd protests, it full well knew that that “record” was about to end. Daniel Sr., played with great resonance by Obba Babatundé, insisted there’d always be another shoe to drop, telling Hondo’s ward Darryl, “It’s still going on, the same problems. It’s a system that never got fixed.” Turning to Hondo himself, Pop called the unrest “a generational wound that keeps getting picked at… because we refuse to learn the lesson.” And when Hondo suggested this time may be different? Pop wasn’t having it. “I saw Watts burn while police went killing. You saw it in ’92,” he roared. “What’s [Darryl] gonna see?” Hard questions all around, posed powerfully by Babatundé. 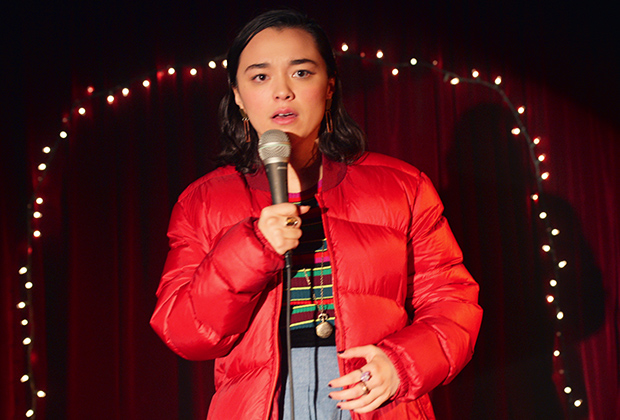 HONORABLE MENTION | Though Netflix’s Dash & Lily is accurately billed as a holiday romance, it’s as much a story about two individuals finding themselves by breaking out of their comfort zones. And of all the standout moments from the show’s first season, none exhibit that growth — nor make you feel uncomfortable — like Lily’s powerful slam poetry performance in Episode 5. The conviction with which Midori Francis channels her character’s heartache makes her confrontation of her middle school bully all the more devastating and, tragically, relatable. It’s also impossible not to ride Lily’s wave of confidence as she shifts her fury to society’s dismissal of gender-biased playground antics. (“I’m tired of boys pulling our pigtails and getting called cute!”) The fact that Francis’ killer monologue follows her equally enjoyable assault on a snowman is merely the bow atop this early Christmas gift.