The following contains a major spoiler from the Season 17 premiere of ABC’s Grey’s Anatomy.

As ABC Promo Guy told us late on Thursday night (and in the video above), no, Grey’s Anatomy fans, you are not McDreaming. That was very much so Patrick Dempsey in the final sequence of the two-hour Season 17 premiere.

As noted in TVLine’s in-depth premiere recap, Meredith (played by Ellen Pompeo) was found collapsed on the hospital parking lot, amid the stress and grueling hours of the pandemic. As colleagues rushed to her side, we saw Meredith, clad in white, on the gauzy beach she was at in the cold open. And then a second figure appeared down shore — that of her late husband Derek, played by Dempsey.

Explaining the genesis of afterlife-like reunion idea, showrunner Krista Vernoff told our sister site Deadline, “From a writer’s perspective… it was my job to find a way — once we determined that we were doing the pandemic — to also bring joy, and escape, and fan candy, and all the things that at Grey’s Anatomy we give people…. And so, I was walking on the beach one day, and I was like, ‘What if there’s a Meredith dream motif?'”

Vernoff ran the idea by Pompeo, asking which dearly departed character she’d like Mer to see — and Pompeo suggested no less than Derek. Pompeo in turn pitched Dempsey, who, due to his foundation that helps cancer patients, was very receptive to the idea of bringing joy during these uncertain times.

“There’s just so much darkness, and we knew that coming together would be a little ray of light,: Pompeo told Deadline. “[W]e had the same idea, at the core, to want to help people and bring a smile to people’s faces. So, [Patrick] loved the idea, and we were just so excited, and we had a ball filming it.”

Said Dempsey, “I’ve been tracking what Grey’s had been doing with giving masks, and making sure that people had the right equipment, and it came from that place [of] ‘OK, what can we do to make people feel better, to give some comfort in this time of uncertainty? And that’s how it began. And it was really a wonderful experience to go back.” 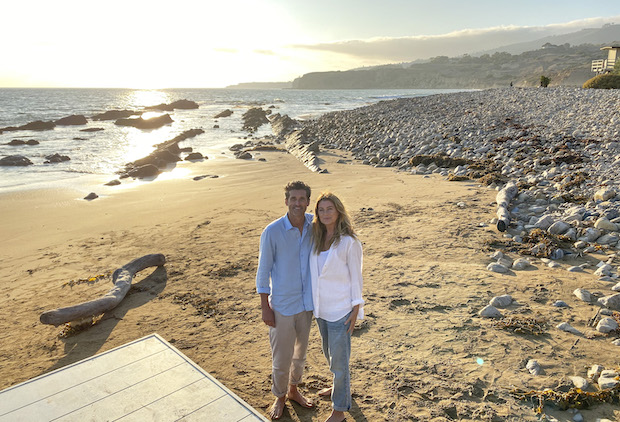 Read Vernoff’s official statement on the surprise encore, which continues next week. below:

“The most important task we had this season was to honor the reality of this global pandemic and the impact it’s having —particularly on healthcare workers. Along with that we had to come up with creative ways to allow our show to still be fun and romantic and provide some escapism. Enter Patrick Dempsey. The beach motif – which will continue beyond the premiere – provided a way for us to live outside the pandemic even for a little while here and there. And Derek’s return provided pure joy for us, for Meredith, and for the fans. Season 17 has been a Herculean effort by our cast, our crew, our writers, and our partners at Disney and ABC – and we are proud of it. But our effort is nothing compared to the work of our Frontline healthcare workers to whom this season is dedicated. We hope our show inspires you to wear your masks to protect them and each other. As Derek Shepherd would say, ‘It’s a beautiful day to save lives.'” 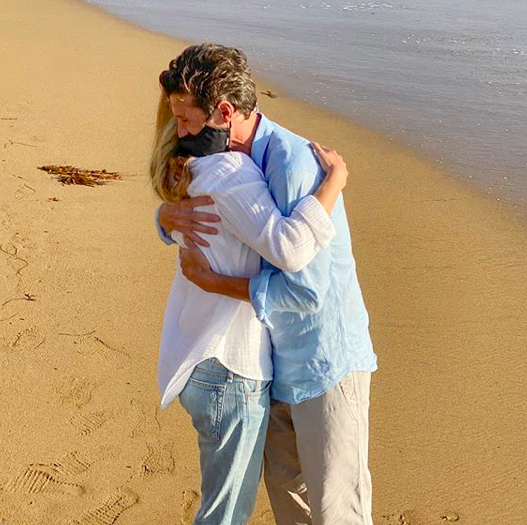