Tensions were high during Chicago P.D.‘s Season 8 premiere on Wednesday as the Intelligence unit found themselves on the outs with the public — and even with each other.

After refusing to modify his testimony, Atwater becomes paranoid that Doyle’s cop supporters are out to get him, and he’s not wrong: Atwater and Ruzek find planted heroin in his car. Ruzek offers his support to Atwater in however he wants to handle the situation. Voight, meanwhile, notes that the one thing keeping the Blue Wall hanging on was the idea of seeing the two offenders on trial, but now that’s not going to happen. Atwater pushes back that the two men weren’t really offenders. 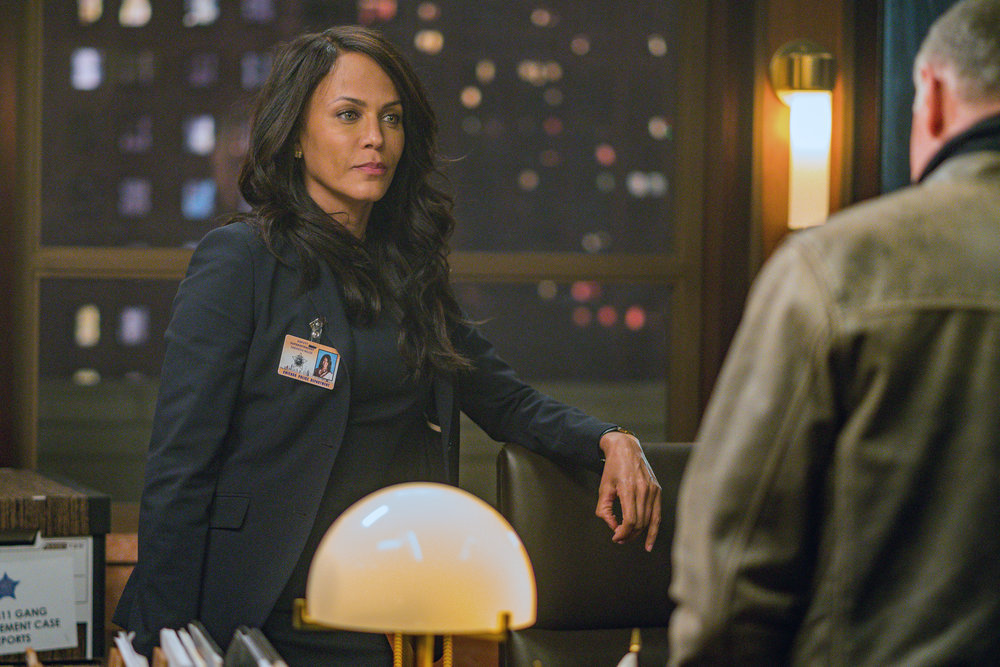 Atwater also butts heads with Upton, who finds the new deputy superintendent’s examination of the police department to be disrespectful. Atwater, however, argues that what PD is doing is obviously “not good enough.” The deputy superintendent (played by Empire‘s Nicole Ari Parker) is out to change that, though. She warns Voight that he’s going to be out of a job by Christmas if he keep running the unit the way he does. But that’s a tall order, asking Voight to change his ways. After he kicks open a door without announcing his office, the deputy superintendent announces that all the evidence gathered is inadmissible — “The days of playing God are over,” she tells Voight — so now Intelligence needs to start over, basically.

Out on the street, the unit comes up against witnesses who are more reluctant than usual to cooperate, declaring that “racist ass cops [are] not welcome around here anymore.” One potential witness throws a beer bottle at Ruzek, who starts to react until Burgess, not wanting to risk her career, urges him to let it go.

While driving at night, Atwater is pulled over by a white cop and a Black cop for supposedly running a stop sign. Atwater refuses to get out of the car and reaches for his badge, at which the officers draw their guns. Atwater steps out, and the white cop confirms by his ID that Atwater is a cop. The other officer says there was an anonymous tip that someone sold drugs to a dirty cop. Thankfully, Atwater already got rid of the stash he discovered earlier. “Is this really what you want to do, Black man?” Atwater asks his fellow cop. 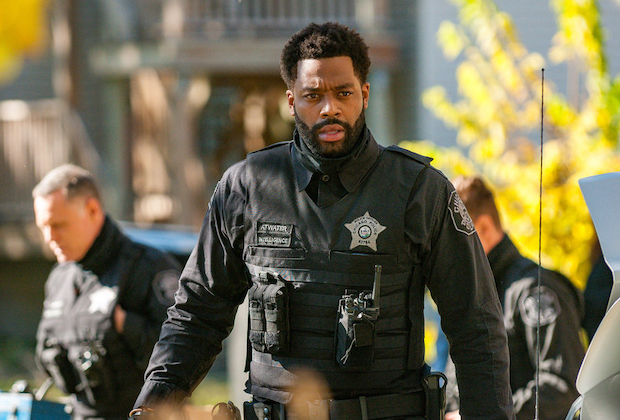 Fighting the Blue Wall is “like trying to fight a ghost,” Voight tells Atwater after the incident. Still, Atwater wants to do this his way, and that’s not an easy thing. After all, as Atwater notes, “cops are still blue, I’m still Black.” And if Atwater was hoping for support from Voight, that’s not likely to happen after their blowout when Voight wants to drag a suspect down to the cage. Atwater exclaims that they can’t do that anymore and things need to change.

“I’m not woke enough for you?! Feel free to get the hell out!” Voight responds. In his unit, they do whatever it takes to put bad guys away… including gunning down criminals? Voight packs a gun and sits outside the killer’s home, but ends up reluctantly driving away. Then the episode closes with Atwater being attacked and beat up outside his home.

P.D. fans, what did you think of the season premiere? Grade it below, then hit the comments!